Dwayne “The Rock” Johnson recently had his last day.

Sometimes a nickname throws you off.

Like with The Rock and this tale from the shooting of Fast and Furious 7.

The sorrow and ensuing troubles that dogged the latest installment of the popular  franchise were very wide and extremely deep following the horrible and tragic car crash death of star Paul Walker last November.

Writers had to rework the script, and fellow actors had to come in for more shooting.

So “7,” originally set for release this summer, is still in production.

Dwayne “The Rock” Johnson recently had his last day.

Cinema Blend Wednesday put up a sweet story by Eric Eisenberg after the writer spotted a photo and tender thanks on the actor’s Instagram account.

“The Rock stands center with the crew. And Johnson writes: “My last day of FAST & FURIOUS .. I am truly touched by the farewell love my film crew has show me. Its been an honor to work with such a hard working and brilliant crew. (a crew that’s had to practice great restraint daily on this production;). They may not be household names, but they’ll always be stars in my book. With great love and respect to all of you … see ya down the yellow brick road. Another place. Another time. #ThankUForAllYourWork~”

I like the guy even more after reading that.

Eisenberg reports the Universal Pictures expects to release Fast and Furious 7 on April 10, 2015.

Here’s mud in your eye. And ear. And mouth. 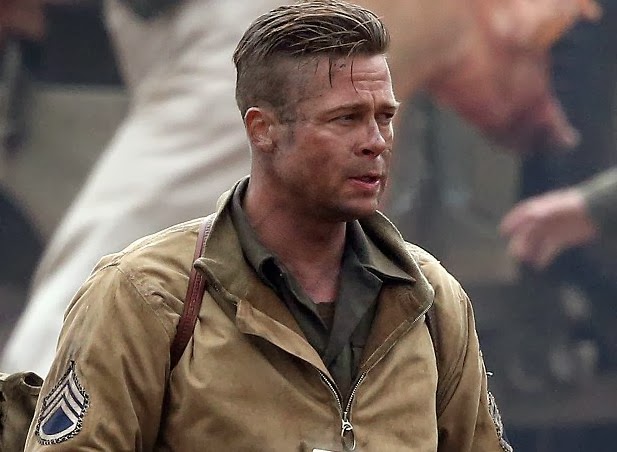 Brad Pitt will star in an upcoming World War II movie by the title of Fury.

It was filmed in a farmer’s film in London, and those observing last November came away with the feeling that it will be very realistic.

In a story credited to staff, Cinema Blend said there was mud everywhere.

“Last November, David Ayer’s Fury had set up camp in the farmland of Watlington, recreating — with mud and tanks and the occasional burning building — the ravaged landscape of Germany in April of 1945. Brad Pitt, Shia LaBeouf, Jon Bernthal, Michael Pena and Logan Lerman play the five crew members inside the titular tank charged with liberating Germany but exhausted by war itself. It’s a war movie unlike any other made about the Second World War — and making that required a lot of attention to detail as learned as we watched the crew at work last November,” the story says.

Now that sounds like one hell of a dirty job. And an interesting movie to come from it.

The story lists nine reasons why the makers of the movie know it has to be authentic.

For one, World War II buffs know what’s real and what’s not. Like comic book fans, it says.

There’s a lot to hate in the 4th Transformers
Melissa McCarthy tries to steal the show in ‘Tammy,’ but can’t
To Top