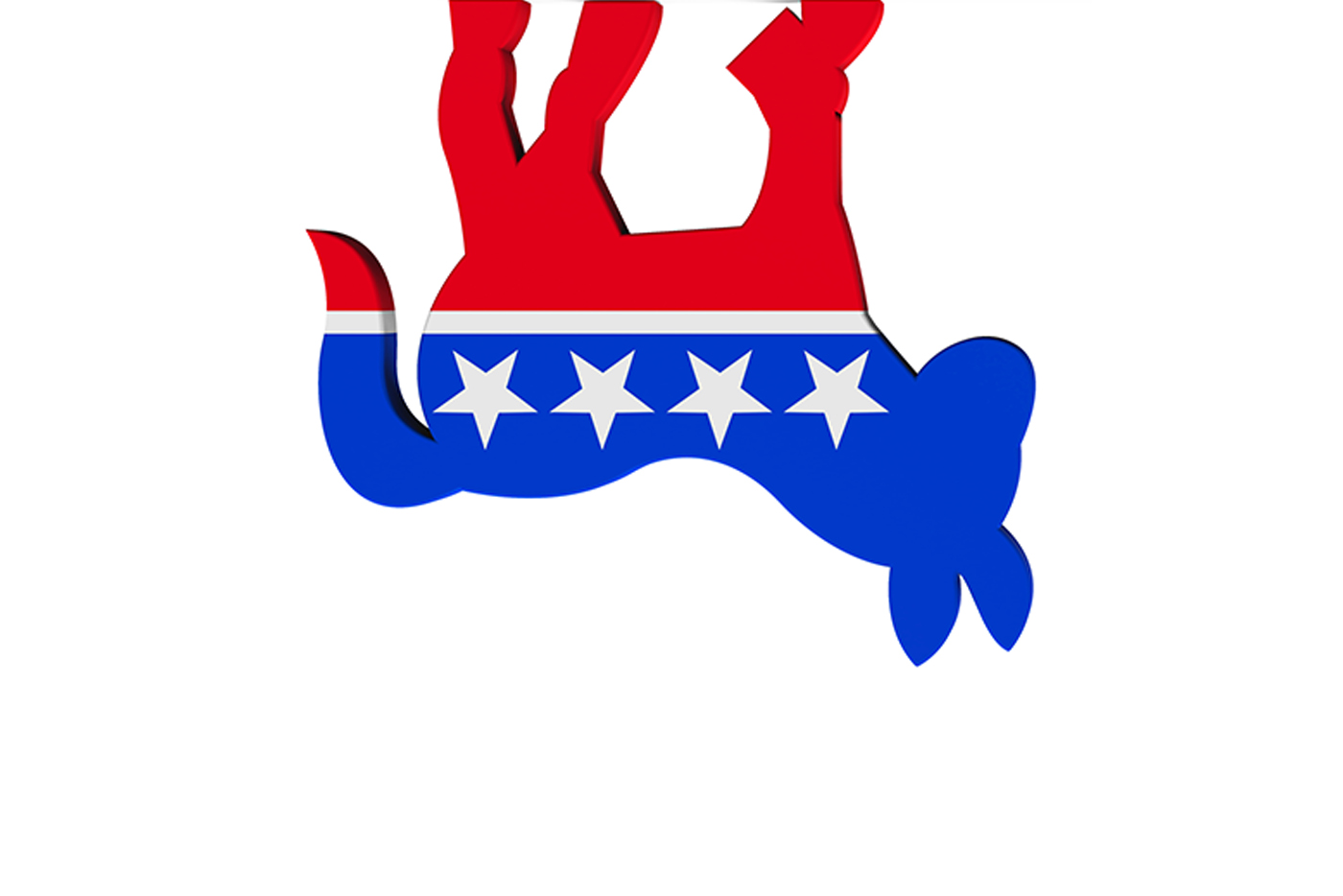 The Democratic Party is reeling after Donald Trump’s unprecedented victory.

It was almost too good to be true. A week and a half ago, there were two undeniable chieftains of the Democratic Party. One was the first African American president and the other was poised to become the first female president. And that first female president was all ready to reign over a Democratic Senate that would sweep into office by riding on her coattails. But as they say, if it’s too good to be true, it probably is.

Throughout the whole campaign, we constantly heard about how the Republicans were a “divided” or “fractured” party and how they’d have to do some serious soul searching after Donald Trump lost the election to Hillary Clinton. How the tides have turned.

Now it’s like Christmas morning for the Republicans. After months of post-election uncertainty, they got every gift they wanted — a Republican House, a Republican Senate and a Republican in the White House — who will then be able to appoint a Republican Supreme Court justice. As for the Democrats, it’s more like dusk on New Year’s Day. The fun festivities are over and now they face a long winter ahead.

And that winter will really set in on Jan. 20. With Barack Obama out of office and the 25-year Clinton dynasty all but over, the party is virtually leaderless. Democrats have already begun the preliminary search for a presidential candidate in 2020. The party is full of experienced members with national name recognition. There’s only one problem. Those superstars — like the Clintons, Joe Biden, Bernie Sanders, Elizabeth Warren, Harry Reid, Nancy Pelosi and Chuck Schumer — will all be in their 70s by then, and some closer to 80. Sanders said recently he hasn’t ruled out a 2020 run, but also acknowledges he doesn’t know what the next four years will bring. He would be 79 at the time. It’s hard to find someone younger who has the experience and abilities to mount a convincing campaign.

Tim Kaine would only be in his early 60s, but would forever be scarred by 2016 — which is the first election he has ever lost. He also simply lacks the magic that Sanders or Obama had to be an inspiring candidate, just like his running mate. And she lost. Kaine is also not exactly embraced by the liberal wing of the party — which underscores the real problem Democrats have going forward.

Age is but a number, but numbers mean unity, and unity means votes. The cracks in the Democratic Party were severely underplayed in the primaries. Even with the “Bernie or Bust” and #DemExit movements, media pundits said over and over again that Sanders supporters would come around and vote for Clinton. Their reasoning was that the so-called PUMA movement did the same for Obama in 2008. But pundits failed to realize that this is not 2008 and Clinton is not Obama. The coalition of voters that got Obama elected twice just didn’t show up in the same numbers for Clinton. And now a good portion of the party is furious that Democratic leaders handpicked a candidate that couldn’t even beat Donald Trump.

That Sanders wing of the party is going to try to get a more progressive candidate on the ballot — but they’ll be working with a leadership that favored a Clinton nomination, which resulted in the resignation of the DNC chair, who was then replaced by someone who allegedly leaked a debate question to the Clinton campaign during the primaries. But the party establishment might warm up to a progressive because Sanders got the support of working class whites — the demographic that turned out in droves to vote against their 2016 nominee.

While a more progressive candidate might help Democrats retake the White House, it could potentially damage them further down-ballot. Obama rode into 2008 with a decisive victory for himself and Democratic majorities in both houses of Congress. But his wave was short-lived. His lifetime achievement, the Affordable Care Act, gave rise to the Tea Party and swept 63 new Republicans into the House of Representatives in 2010 — the chamber’s biggest pickup since 1948. Obama won re-election in 2012 but Republicans retook the Senate in 2014 and gained their largest majority in the House since the 1920s. Also on Obama’s watch, Democrats lost a swath of governorship races and more than 900 state legislative seats.

As if that wasn’t bad enough, last week Obama witnessed his party lose Senate races in blue states and his heir apparent get beaten by the most unpopular person to ever run for president. And he watched all of this while sitting on a 56 percent approval rating.

Obama was popular and progressive, but the truth is his party was decimated throughout his presidency. He will leave office with Republicans in control of the executive and legislative branches of government, and roughly two-thirds of the country’s governorships and state legislatures. And in 2018, Senate Democrats will be on defense in five conservative states and a handful of swing states — and Democrats don’t do well in midterms.

Combined with the inevitable civil war within the party, the situation for the Democrats right now is bleak, to put it mildly. Party leaders insisted they were united after the primaries and will continue to say it now. But now they will have to figure out what kind of party they want to be. That’s the real donkey in the room now. And it’s not going away any time soon.