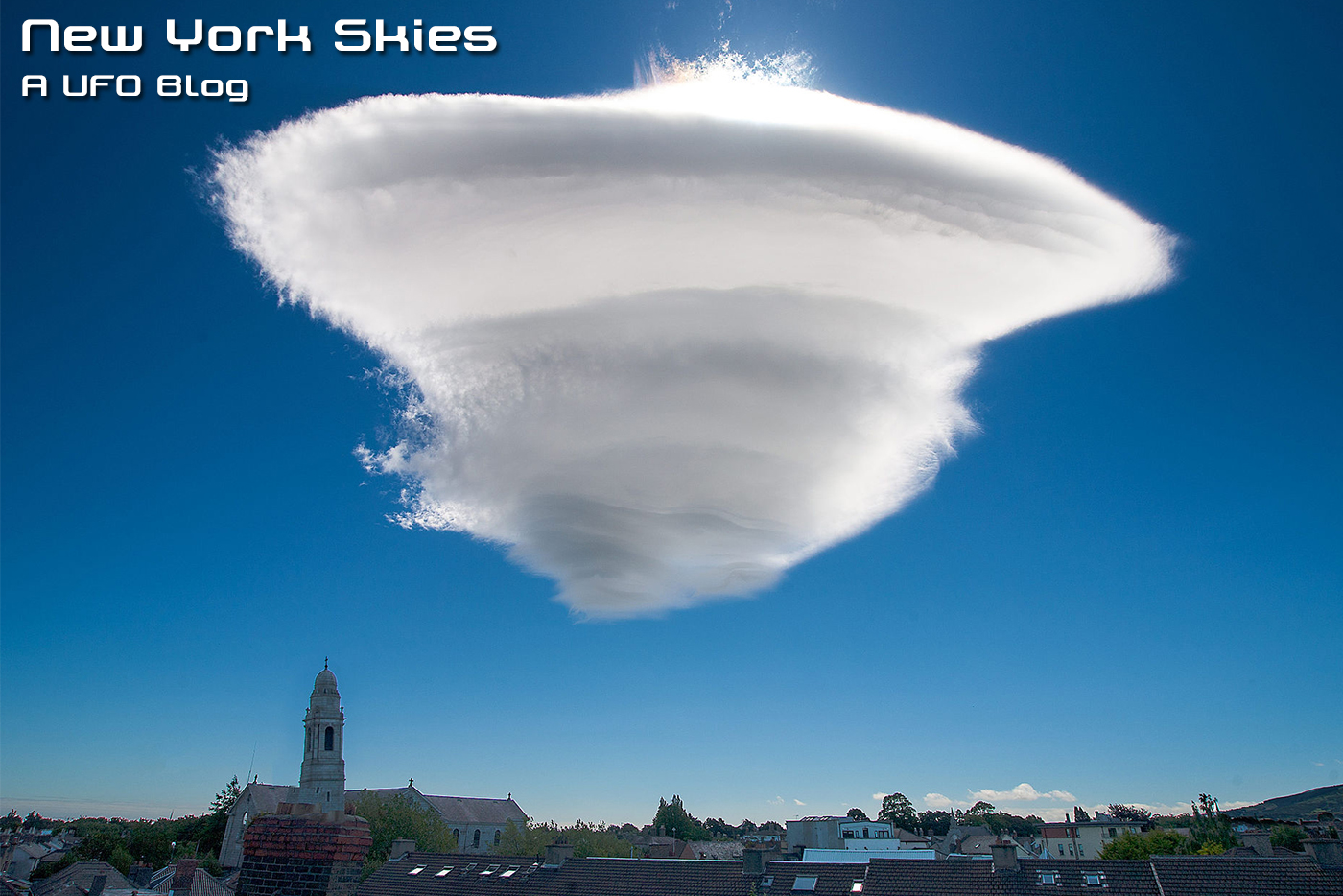 Columnist Cheryl Costa shares an account of a cloud-like UFO.

It was the summer of 1966. Julia and her daughter Anne decided to go to the mall, as both were anxious to do some back-to-school shopping. Little did they know they would have a cloud UFO experience.

The two were driving on the highway from Corning to the Arnot Mall in Horseheads, and were headed to a Southern Tier area known as Big Flats.

Julia glanced up and noticed an odd-looking cloud in the clear, blue summer sky and alerted her daughter about the strange cloud. Julia said that the reason the cloud was so unusual was because it was a sort of “puff.” Anne described it further by saying it looked like a huge cotton ball.

“That cloud began to dissipate and as it did a large saucer shaped object became visible.” Julia said after she pulled the car off the road onto the shoulder.

The two women marveled at what they were witnessing. “If you were to hold a soda bottle cap out at arm’s length you’ll have a good idea how big it was as it hovered there in the sky,” Anne explained.

After watching it for a moment, it suddenly got bright and just vanished in the clear blue sky.

Both mother and daughter assured me they remember the UFO incident like it was yesterday.

Nov. 1, 2016: At 5 a.m., a resident of Albany observed a star-like orange object that could move in unpredictable, darting motions at fast speeds. The object then emitted smaller objects that behaved in similar motions before returning to the large object.

Nov. 2, 2016: At 5:30 p.m., residents of Wantagh reported an object was above the bay northeast of Jones Beach State Park, off of Ocean Parkway. She describes it as “just a solid white light hovering.”