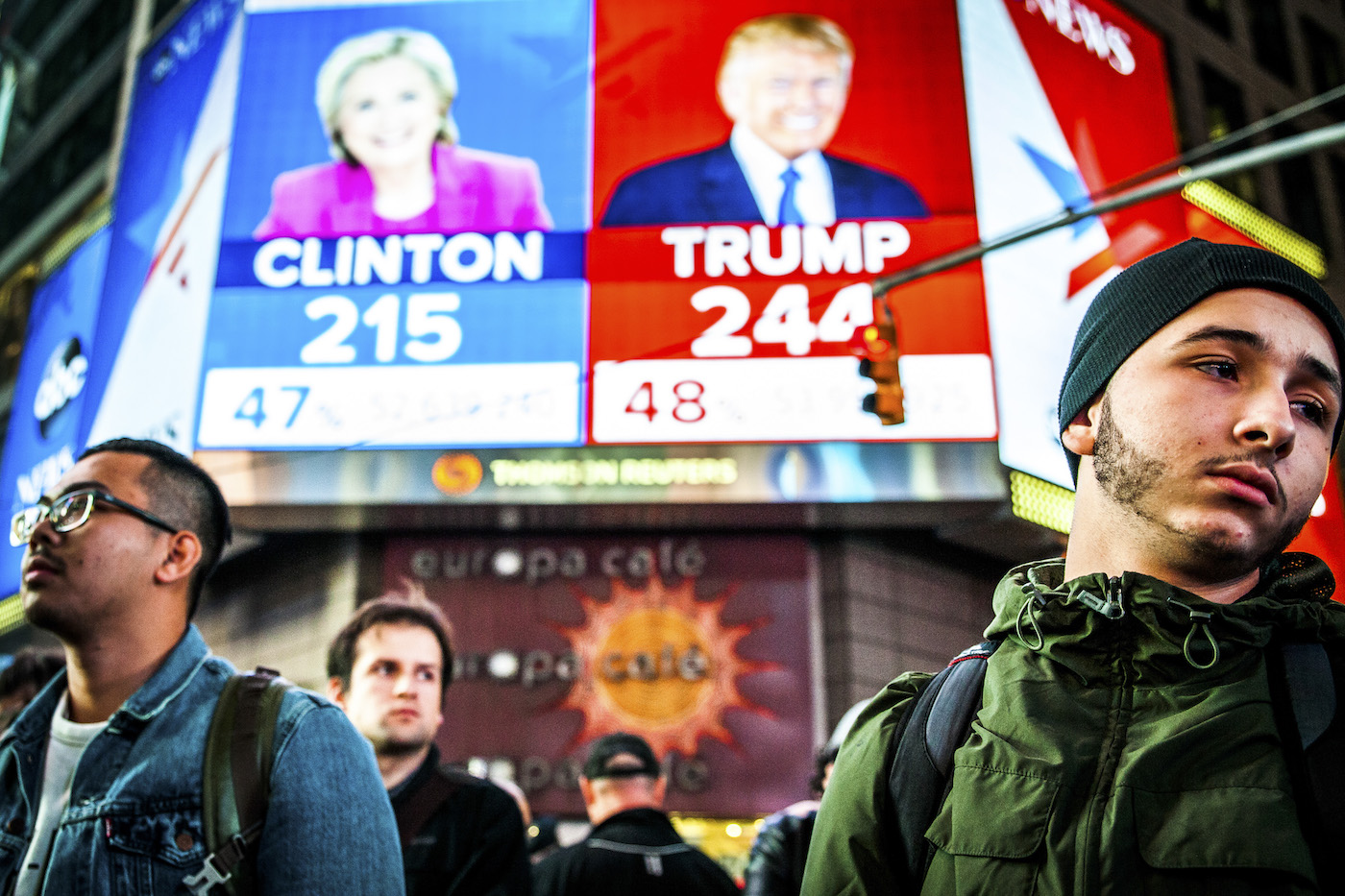 Like in 2000, talks of dumping the Electoral College will likely disappear as this election fades into memory.

For the fifth time in American history — and the second time in just the last 16 years — an American president will have won the Electoral College but lost the popular vote of the people. And as it stands right now, Hillary Clinton holds a 1.5 million vote lead over Donald Trump — the largest margin ever by a candidate who didn’t win the presidency. And like 16 years ago, a conversation started the day after election night about whether the process should be abolished and that we should choose our presidents solely by popular vote. Even the president-elect, the beneficiary of the Electoral College’s greatest fault, said in an interview with 60 Minutes that he isn’t fully on-board with the system.

Some call it undemocratic or archaic. Sixty-three percent of Americans think we should get rid of it. So why do we still use it? Well, Alexander Hamilton called it “excellent.” Trump called it “a sham” in 2012 and “genius” in 2016. When it comes down to it, it is obviously problematic, but it is still the best system to use.

If there’s anything that’s not archaic, it’s that we are a politically and geographically diverse nation. We always have been. And the Electoral College keeps that in mind. We elect our president not by who wins the majority of votes, but by who wins a majority of votes in a majority of regions. The people of California are going to have different political beliefs and values than the people of Kansas. Those who live in New York have a different lifestyle than those who live in Arkansas. Shouldn’t someone running for the highest office in the land have to appeal to enough people with different ways of life?

If we changed to a popular vote system, Clinton would’ve campaigned in big cities in California and New York. Trump would’ve barnstormed across the populous areas of Texas and the Deep South. Key words here: Big cities, big states. More than 80 percent of Americans live in urban areas, according to the 2010 census. That’s where the votes are so that’s where candidates would go. They wouldn’t go to New Hampshire, which has a population of little more than one million. Trump wouldn’t go to Fletcher, North Carolina, a rural community along the Smokey Mountains. And Clinton wouldn’t have spent so much time campaigning in tiny Iowa.

But don’t candidates spend almost all of their time in only a handful of states now anyway? How is that different from a handful of cities? It’s true, a number of the so-called “swing states” determine the election. But swing states are always changing. Until 1992, California could be counted on as a solid Republican state. Until the 1980s, Texas was primarily Democratic. West Virginia is seen now as one of the most conservative states in the country — even though Ronald Reagan lost it once and Bill Clinton won it twice. States change. So candidates can never ignore one state too long. We saw that this time around as Trump pulled out wins in Pennsylvania, Michigan and Wisconsin; all of which a Republican hadn’t won in since the 1980s. Trump even came close to winning Minnesota, which has the longest modern streak of voting for the Democratic candidate than any other state in the country — 44 years. On the other side of the coin, Trump appeared vulnerable in Georgia, Arizona and even Texas, all Republican strongholds. He won all of those, but by much smaller margins than past GOP candidates.

Now, criticism of the Electoral College also stems from partisan politics, the argument being it’s good when you win and bad when you lose. We hardly ever hear cries to abolish it in a “normal” election. Coincidentally it has always been the Democrat who got the short end of the stick each time there’s been a popular and electoral vote split. So naturally it is the Democrats who have been ushering to abolish it. But in actuality, it is the Democrats who should love the Electoral College because in the 21st century, it’s much harder for Republicans to win the White House under this system. For the last 25 years, Democrats have had overwhelming control of the Northeast and West Coast, and until two weeks ago, the Upper Midwest. If Clinton had just held onto Wisconsin, Michigan and Pennsylvania, which she all lost by less than 70,000 votes, she would be the president-elect. If she had won those states, which are normally safe Democratic states, she wouldn’t have even needed to win Florida, North Carolina, Ohio, Iowa or even Nevada to win the election. There’s a reason a 2013 column in The Daily Beast had the headline “Can a Republican Win 270 Electoral Votes in 2016…or Ever?”

But Trump did. Like him or hate him, he won the election fair and square. There are a lot of Clinton-supporter critics of the Electoral College who are treating it like it’s an added bonus and, because Clinton won the popular vote, it means Trump doesn’t have a mandate or isn’t a legitimate president. He won the election. He won by the rules. That’s all the mandate he needs. If there’s anything undemocratic about the Electoral College, it’s the effort to take Trump’s votes away from him when the electors officially cast their votes in December, keeping him short of the 270 needed to win. A petition by Change.org, which 2.3 million people have signed, encourages Republican electors to ignore their states’ results and instead cast their vote for Clinton.

There is precedent for so-called “faithless electors” throughout history and there is no federal statute binding electors to the winner of the popular vote in their state. But only 157 have done so in our 240-year history and no amount of defectors has ever changed the outcome of an election. The Associated Press has yet to declare a winner in Michigan, but its 16 electoral votes will likely go to Trump, bringing his tally to 306 — meaning there would have to be at least 37 faithless electors. That is simply unrealistic.

If the Electoral College is ever abolished, it won’t be before Trump takes office. Both he and Clinton knew the rules going in. And you can’t decide to add extra innings when you’re three runs behind at the bottom of the ninth. The system can be changed between now and the next election, but that seems very unlikely. It would require changes to the Constitution, which requires a two-thirds majority vote in both houses of Congress, and then ratification by 38 states. And like in 2000, in which Clinton herself actually suggested scrapping it, the conversation about doing it will likely disappear as this election fades into memory. For now, it doesn’t look like we will be Electoral College dropouts any time soon.