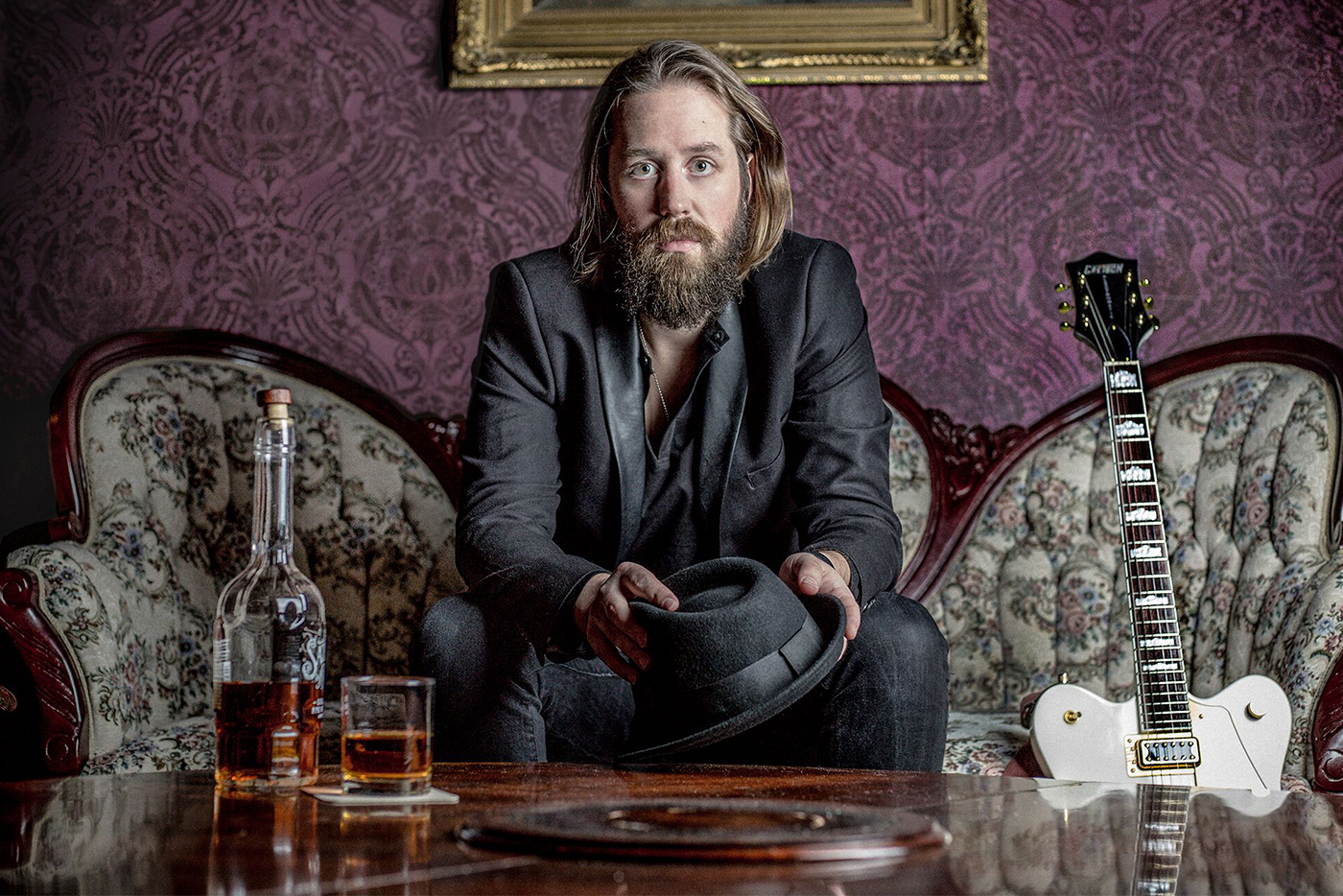 Singer-songwriter Stephen Douglas Wolfe was never the type to put his autobiography into his lyrics, nor shout his political beliefs through a microphone. Given the recent cultural climate of the country, however, that has changed.

“You speak of actions in theory/ And practice hate with routine/ Say you’re the smartest and brightest but then use words like bigly/ And run from truth that’s so plainly seen/ We will not let you win, we will rise/ We won’t be taken in by all your lies.”

The lyrics of his latest single, “Believe Me,” take no pains to hide his thoughts on a certain businessman-gone-politician. And Wolfe isn’t afraid to take the heat for his statements.

“I’m a political junkie, but never thought I’d write something about it,” he says. “Donald Trump is a horrible person and he brought me to a point where I can’t stay silent any longer. When I think about the feelings I have toward Trump and what’s going on, it’s not about politics. It’s about humanity and being open to other people’s perspectives. My views might be different than yours, but we need to come from places of peace and understanding.”

Wolfe, originally from the Philadelphia area, got his start in songwriting and guitar playing at age 13. He played in bands for years, especially with the group Getaway Driver out of Lawrence, Kan. He toured about four years with the outfit in the early 2000s, but their breakup hit him hard.

He didn’t play for almost a year, but when he picked up his guitar again, he did so with a vengeance. Wolfe worked with a new group, The Cavaliers, and carved a niche as a solo artist at the same time. But when he moved to New York City in 2008, his musicmaking landed on the backburner as paying bills took priority.

He met his wife, Catherine, whom he calls Nina, in Manhattan and she convinced him to move away from the bustle of the city in 2013. Although he thought he’d die in the Big Apple, after a few trips to visit her family in Auburn, Wolfe agreed to give the quiet country life a try.

“For the first three to six months, I was not happy at all with the decision,” he says. “I was commuting from Auburn to DeWitt and living with her grandparents when my commute prior to that had been a walk through Central Park every day. It was culture shock.”

But when Wolfe and his wife moved to downtown Syracuse they could see SubCat Music Studios from their apartment. Catherine convinced him to stop by. “I reached out through the website and by the time I went into SubCat,” he says, “it felt totally comfortable.”

Wolfe took a short internship where he mopped the floors and made coffee, but SubCat quickly turned into a second home where he began recording. He moved from intern to client at breakneck speed.

He’s been working on singles ever since, planning to unite them for a full-length record. Wolfe also works with Ulf Oesterle, a professor and director of the Bandier Program at Syracuse University, on the management side. And his latest songs are taking new turns, separating him from much of his past work.

“In my history of writing, it’s not very personal,” he says. “I’m sure there are personal themes and it might sound like it sometimes, but they’re stories. They’re fables. I’ve really gotten far more into my own head and things going on recently have been hard for me to not write about.”

Wolfe previously wanted to write songs with universal themes, but when police shootings started getting out of control, he created “Thoughts and Prayers.” “It’s my first intensely personal song,” he notes. “It’s saying, If all we have are thoughts and prayers, it won’t do anything for the situation. We need to come together as a community.”

For “Believe Me,” Wolfe says, “I sent the song around to people I knew and tried to build up a crew of people to sing. There are a lot of people of the same mind: It’s astonishing.”

Wolfe’s community of local voices on the track include musicians Charley Orlando, Amanda Rodgers and Bea, as they perform lyrics such as, “We will not let you win, we will rise/ We won’t be taken in by all your lies.”

“I hope people hear the song and open their eyes and their minds,” says Wolfe. “I hope people can learn to approach others with good intentions rather than assuming the worst. I want people to empathize. Sympathy is easy: Empathy is tough. In this country, there’s a dire lack of it. I hope as many people hear this as possible and it turns a switch somewhere. I want people to get along and be peaceful. This comes from a place of love.”

To hear “Believe Me,” visit stephendouglaswolfe.com. The song is available on Spotify and iTunes.

“You put yourself out there when you make art. But unless you can be honest with your fans or potential fans, you can’t be honest with yourself. I’m coming from a much more honest and introspective part of my storytelling now. Art is rooted in honesty. It has so much more power than trying to say something without really saying something. You need to be willing to put yourself out there and really do it. Whatever fallout, good or bad, comes from this, I’m ready.”