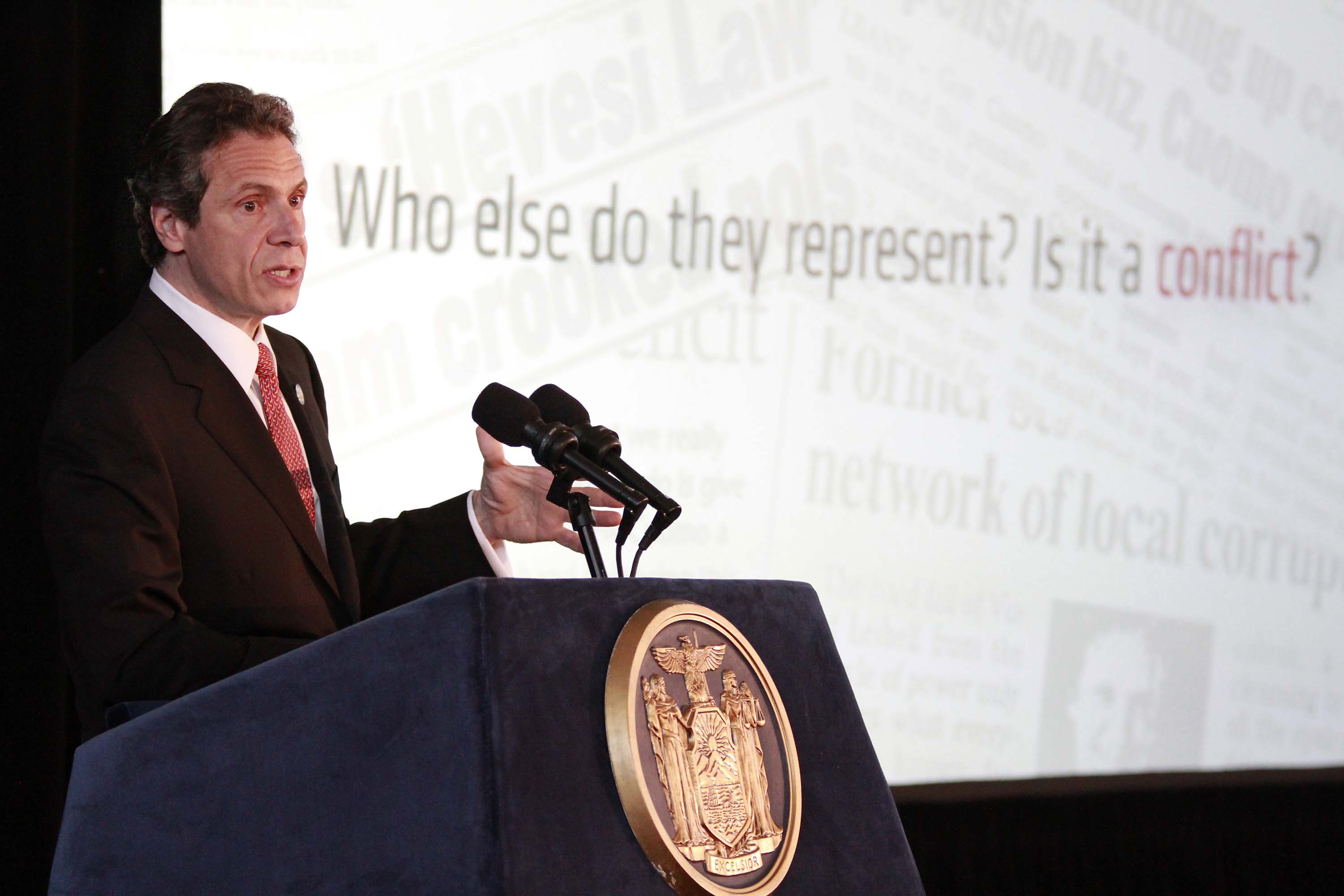 If you had any doubt how little Albany changes, look no further than the annual New York state budget.

I recently came across an editorial from the Plattsburgh Press-Republican entitled “State budget process still a big secret.” The editorial was published on April 6, 2008. That was 10 years, four legislatures and one governor ago.

The editorial noted that “budget talks this year have been more secretive than ever.” Actually, that’s the one thing that has changed since then: They’ve gotten worse.

This year, the government grappled with a $168 billion spending plan with a $4.4 billion deficit hanging over their heads, as well as legislation on school funding, early voting, legal rights and sexual harassment. Those subjects are incredibly important to the citizens and taxpayers of New York state.

So it would make sense that they should know more about discussions regarding those subjects, and that their representatives should have a much bigger say in those discussions. Instead, the New York state budget process is secretive, disorderly and, to be frank, undemocratic.

The bulk of the budget is decided by what has infamously been called “the three men in the room”: Gov. Andrew Cuomo, state Assembly Speaker Carl Heastie and state Senate Majority Leader John Flanagan. In recent years, New York’s twisted politics has resulted in adding a fourth man: Sen. Jeffrey Klein, leader of a coalition of breakaway Democrats who caucus with Republicans in the Senate.

This exclusive club conducts the state’s most pressing business of the year behind closed doors, hashing out backroom deals that satisfy the different political dynamics that make up the Legislature. They keep the public, the media and even their own legislative colleagues completely in the dark. Any influence that other members of the Legislature might have on these secret budget negotiations is extremely limited, and they are largely excluded from the details until it’s time to vote on whatever their superiors have decided.

As the 2008 Plattsburgh Press-Republican editorial noted, when Eliot Spitzer was elected governor in 2006, he promised to amend this abysmal practice. In the one state budget he helped craft before resigning from office in scandal, he did no such thing. His successor, David Paterson, who was swept into office around budget time, didn’t bother to make the effort, either.

The secrecy increased this year, as Cuomo held budget talks at the governor’s private mansion, rather than in offices at the Capitol. This makes reporters’ access to Albany’s top brass even more restricted in the short time they have to shout out questions before they get doors slammed in their faces.

After the three (or four) men in the room finish their covert talks, a flurry of bills hundreds of pages long are printed out and sent to lawmakers at the Capitol. Not too unlike school students who rush to get their homework done, our representatives then hurry and cast their vote on these bills without reading them, and almost always pass them in the middle of the night.

There are some lawmakers this year who literally aren’t part of the budget process at all. Eleven legislative seats — nine in the Assembly and two in the Senate — are currently vacant.

Despite weeks of demands that Cuomo set a date for special elections to fill those vacancies before the April 1 budget deadline, the governor instead decided that April 24 would be a good day for those elections. That means 1.8 million New York citizens had absolutely no voice in how millions of dollars of their tax money would be spent during the next year.

For the lawmakers who can’t pass legislation before deadline, there’s a provision in the state Constitution called a “message of necessity.” This gives the governor the authority to waive the required three days of debate, discussion and oversight of bills so they can get rammed through the Legislature — again oftentimes in the dead of night — and eliminate any chance for testimony, hearings or feedback from constituents.

What was intended to be used only in emergency situations has now been abused for political convenience. In recent years, same-sex marriage, teacher evaluations and the SAFE Act were all considered “midnight emergencies.”

After all the secret meetings and chamber chaos is done, Cuomo and lawmakers pat themselves on the back for their ingenuity, paint the budget as a big win for the people and then proceed on their two-week vacation. That’s how it went this year and that’s how it will go next year.

It’s disappointing that the Plattsburgh Press-Republican could reprint its entire editorial from 2008 in 2018, save for the name changes of the three men in the room. It’s frustrating how different the state is now than it was 10 years ago, yet one of our government’s most basic functions remains shrouded in mystery and deceit.

When Cuomo first ran eight years ago, he vowed to overhaul the workings of state government. When Heastie was running for the Assembly speakership in 2015, he said he would work to “increase accountability and transparency in our state government.”

Politicians not keeping their promises? Like most things in Albany, that will never change.