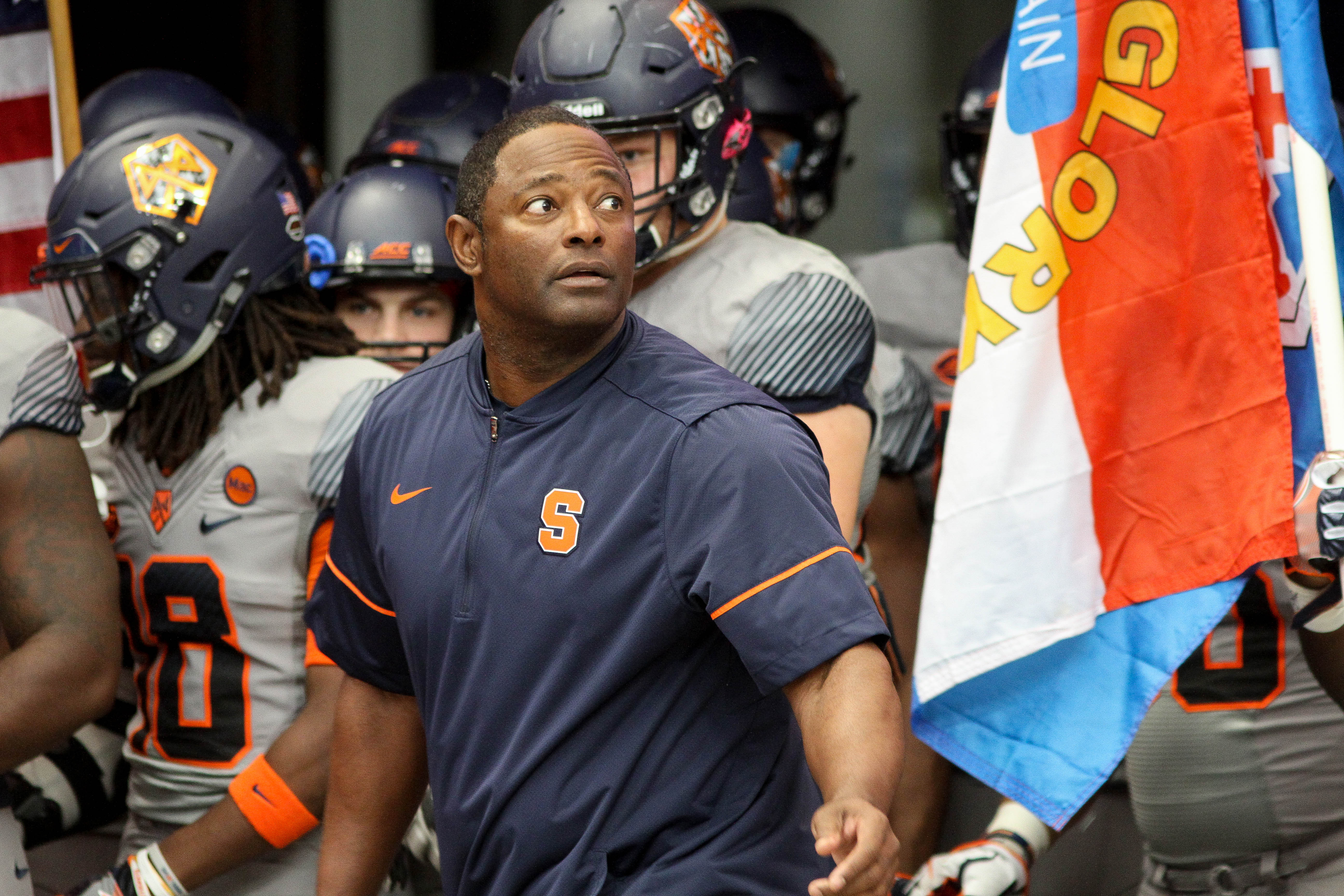 The Syracuse University football team will conclude its spring practice with a Syracuse Football Spring Preview for fans this Friday, April 13, at the Carrier Dome.

The event, presented by radio station WTKW-FM 99.5 (TK99), will feature an offense vs. defense scrimmage, a player autograph session and an opportunity to purchase tickets to watch the Orange this fall. Gates open at 5 p.m., with the scrimmage scheduled to start at 7 p.m. Fans are encouraged to watch the scrimmage from Sections 105 to 126 along the home team sideline.

Following the scrimmage, fans will be invited on the field for autographs; autograph cards and pens will be provided. Otto the Orange and members of the cheerleading team will also be available for photos during that time. Admission and parking are free.

For the annual “Select-A-Seat” program, fans can walk around the Dome and choose the best available seats for 2018 tickets. “Select-A-Seat” will resume Saturday, April 14, when the men’s and women’s lacrosse teams play a doubleheader at noon and 4 p.m. against North Carolina.

The Orange football team’s third season under Coach Dino Babers will open Aug. 31 at Western Michigan with the first home game Sept. 8 against Wagner. Season tickets starting at $125 are available online at Cuse.com/tickets, by calling (888) DOME-TIX, or at the Carrier Dome Box Office (Gate B) during regular business hours.

The Syracuse Chiefs’ Triple-A baseball team is scheduled to play its home opener against Norfolk on Thursday, April 12, 2:05 p.m. But with the awful spring weather and considering that the last two home openers have been washed out, there’s no guarantee the game will be played.

But anyone who attends the opening day will benefit if the game is played. The Chiefs have said that if the opener is an official game (the losing team must bat five times for the game to become official), all fans can redeem their tickets for ones of equal or lesser value for any game during the month of April.

If the game is rained — or snowed — out, fans can redeem their tickets for any game during this season. For Thursday’s opener, the first 1,000 fans will receive a “Trapper Hat” courtesy of Gannon Pest Control. It will also be the first Dollar Thursday of the season, with $1 Hofmann Hot Dogs and Coca-Cola products and $2 Saranac, Labatt, Coors or 1911 Hard Cider drafts.

Look for a full preview of the Chiefs’ 2018 season in next week’s Syracuse New Times.

Crunch hockey team back in playoffs

The Syracuse Crunch hockey team, which reached the Calder Cup finals last season, has clinched a spot in the playoffs again this year. Tickets for the North Division semifinals are on sale now.

Tickets are available through Ticketmaster, at the Crunch office inside the Onondaga County War Memorial Arena, or by calling (315) 473-4444. The Crunch office will be open 9 a.m. to 5 p.m. through Saturday, then Mondays through Fridays, 9 a.m. to 8 p.m., starting Monday, April 16, and running through the end of playoffs.

Information about game dates and times will be announced once Syracuse’s first-round opponent is determined.