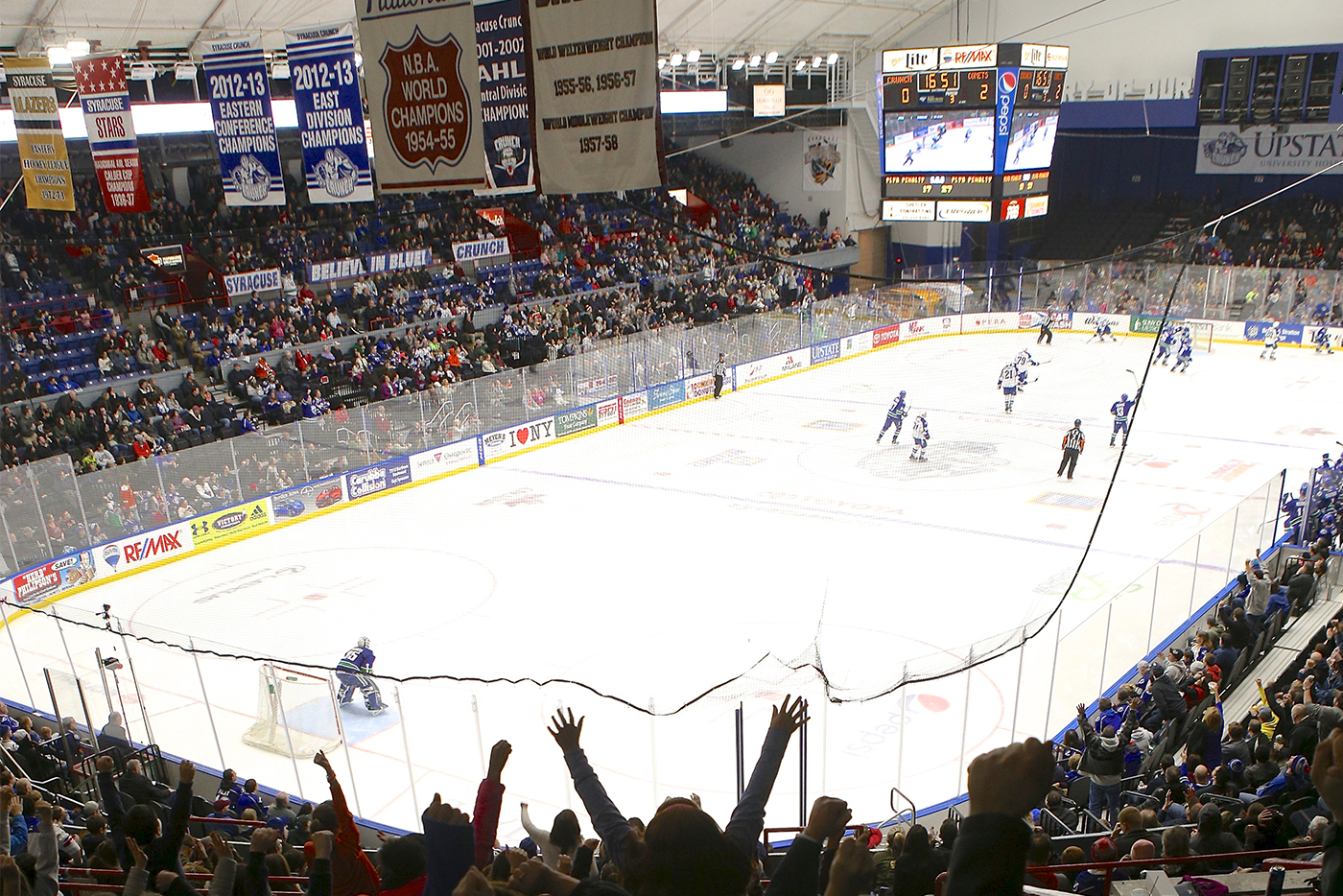 The Crunch are one step closer to Calder Cup glory.

And the Syracuse players never got to raise the actual cup nor did the team get its name engraved on it. Instead, the list on the cup starts with the Providence Reds, who won the title in 1938 by defeating — you guessed it — the Syracuse Stars.

Flash ahead 90 years and the Syracuse Crunch is on a mission to formally right those wrongs.

Syracuse, which returned to the AHL in 1994 as the Crunch, checked one box off the list as they defeated the Providence Bruins 4 games to 1 in the Eastern Conference semifinals. The Crunch dominated the franchise that prevented Syracuse from winning the Calder Cup in 1938 by outscoring the P-Bruins 22-12. In fact, Providence never skated with a lead in the series as its only win came in overtime.

So, with four more wins Syracuse can avenge that loss as well as raise the Calder Cup for the first time in Syracuse professional hockey history.

Led by second-year coach Ben Groulx, the Crunch advanced to the finals by defeating Providence 3-1 May 27 at the War Memorial Arena. Center Cory Conacher, who won the Calder Cup with Norfolk in 2015 and lost in the finals with Utica last year, scored the go-ahead goal with 5:06 remaining in the third period and then added an empty netter for the final margin.

Conacher leads all AHL playoff scorers with 20 points (nine goals, 11 assists). Syracuse goaltender Mike McKenna made 27 saves in Game 5 against Providence as he and the Crunch improved to 9-0 at home in the playoffs.

Grand Rapids was equally dominant in the Western Conference finals as it dispatched San Jose in five games and outscored the Barracuda 19-11. Grand Rapids is affiliated with the NHL’s Detroit Red Wings, while the Crunch is an affiliate of the Tampa Bay Lightning.