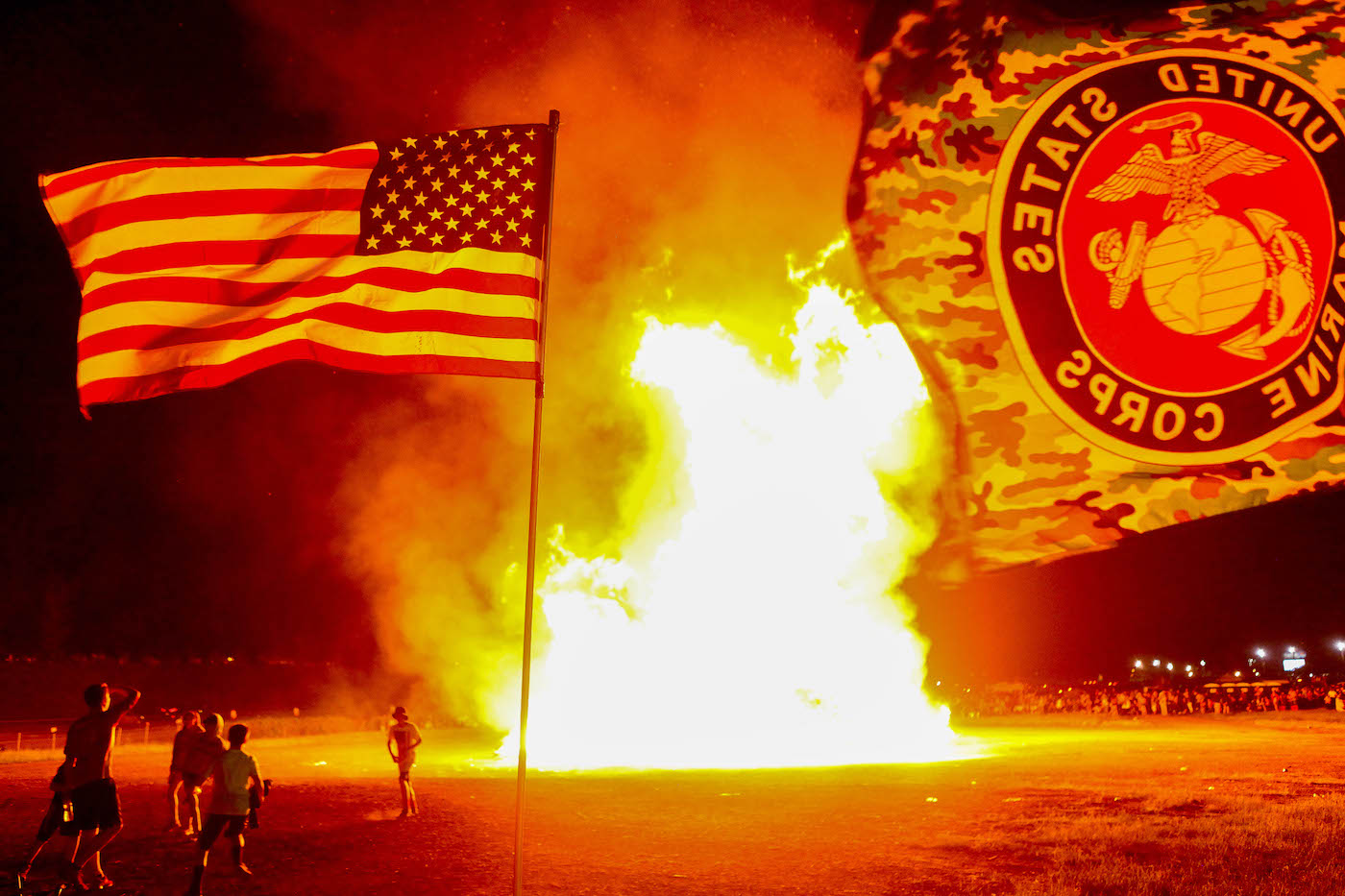 The 2017 Memorial Day Watchfire, put on by the Vietnam Veterans of America, Chapter 103, was set ablaze during the evening on Sunday, May 28.

The event is meant to recognize those who have served our country as members of the armed forces. The tradition of the watchfire stems from an archaic practice in that after a battle, a fire would be started so that any missing soldiers could find their way back to their base. It is also used as a way to properly dispose of tattered and unusable flags.

View photos of the event: