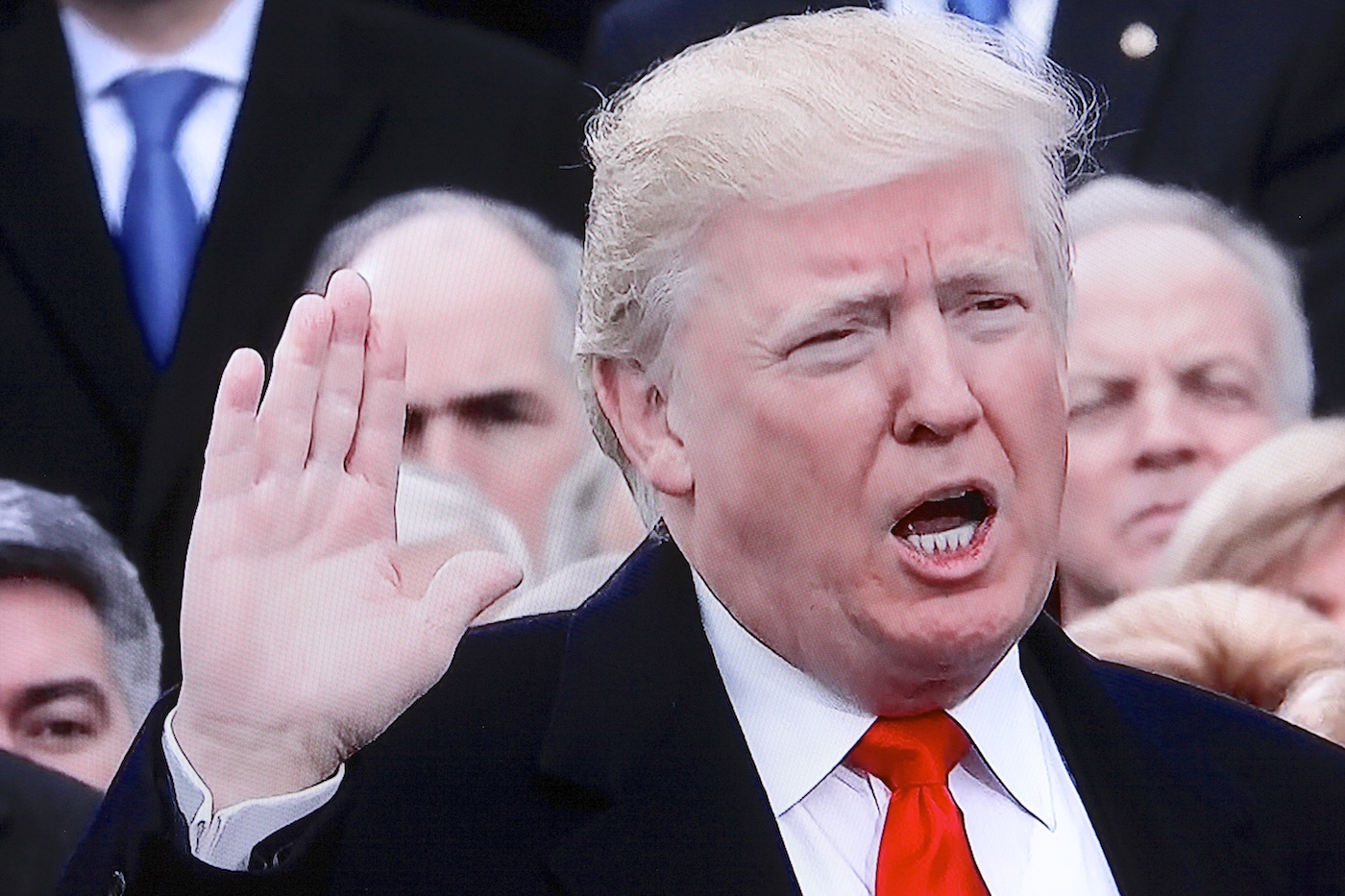 While Donald Trump didn’t win his home state’s electoral votes in November, he decisively won the upstate region, carrying all but nine counties north of Westchester. As the Trump administration begins to govern, many upstate residents are hoping the region could now get the attention and help that they’ve been waiting for a long time.

Hillary Clinton carried the cities of Albany, Plattsburgh, Syracuse, Ithaca, Rochester and Buffalo, as Democrats usually do, but Trump was able to turn upstate the reddest it’s been in nearly three decades. Just four years ago, Barack Obama was chosen all the way between Oswego and Binghamton and between Plattsburgh and Poughkeepsie.

Now it’s Trump country. He won Oswego County by 23 points, Niagara County by 19 points, Oneida County by 21 points, Saratoga County by 5 points and Jefferson County by 23 points. He was even able to win Broome County, which includes the city of Binghamton, by 4 points and only lost Erie County, home to Buffalo and upstate’s largest concentration of Democrats, by just 27,000 votes. That’s pretty impressive.

Why did so many New Yorkers want to make upstate great again? In a word, “jobs.” In four words, “jobs and the economy.”

Trump regularly referenced the region on the campaign trail. At a rally in Iowa, he called upstate New York a “ghost town.” In an interview with WGDJ-AM in Albany, he called it “a death zone,” after he had recently called it “a war zone.” In the second national presidential debate, he called it a “disaster.”

While many have denounced those references in defense of their home territory, there are also many, as voting results would indicate, who don’t think he’s exactly wrong.

Much of the region, particularly the northern, central and western parts of the state, suffered from economic decline long before the Great Recession began and have been slow to recover since it ended. These parts are made up of Rust Belt communities of working-class voters who echo the same frustrations as those in Midwestern cities in Michigan, Ohio, Wisconsin and western Pennsylvania that helped Trump win the Oval Office.

These communities were built on manufacturing jobs, jobs that have gone overseas, to other states or that simply vanished. Buffalo’s great steel plant in Lackawanna closed in the early 1980s. Binghamton was the birthplace of IBM until it packed up and left in 2002. Rochester was the birthplace of Kodak and employed 60,000 at its peak in 1984 and filed for bankruptcy in 2012. General Electric in Schenectady now employs just one-tenth of the workers it did 50 years ago. The list goes on and on.

And while there are those who tout the state’s overall improvement in recent years, there’s a reason upstate is frustrated. An August 2015 report from the state comptroller’s office found that New York added 538,000 new jobs between 2009 and 2014, but three out of four of those jobs went to New York City. In fact, Central New York, the North Country and the Southern Tier all reported a job loss over the same period of time. As of December, 38 of New York’s 62 counties have unemployment rates higher than the national average, 37 of them upstate.

Needless to say, it’s not too surprising Trump’s message on trade deals and bringing manufacturing jobs back resonated with voters here, using as leverage Hillary Clinton’s 2000 Senate run promise to create 200,000 jobs upstate, a promise on which she didn’t deliver.

But could he actually bring these jobs back? Most economists would say no. And it’s hard to believe that most of his voters think Trump is going to singlehandedly bring IBM and Kodak back to upstate New York any more than he is going to make Pittsburgh the steel capital of the world again or make coal overflow from the mines of West Virginia like it once did. Upstate is just never going to be the industrial machine it once was.

But what his voters do believe is that he might be the president who can help it become something again. They don’t feel there’s been much success in plans to replace the region’s empty lots and rusted factories with something that has a future. And they don’t feel the government, in Albany or Washington, is speaking about them when they talk about all the recovery the state has undergone.

And it’s not just workers who feel some ray of hope. A recent Upstate New York Business Leader Survey from the Siena College Research Institute found that 38 percent of respondents in Buffalo believe in the federal government’s ability to improve the business climate in the state over the next year.

Buffalo itself is looking ahead with the SolarCity project that would be North America’s biggest solar panel factory. While Trump would probably prefer to use natural gas fracking to create jobs as it has in neighboring Pennsylvania, hydrofracking is banned in New York. His pick for energy secretary, Rick Perry, spent years as governor of Texas growing alternative energy sources. That may help boost Rochester’s exploration into using light to produce energy at the Photonics Manufacturing Institute and the prospects of wind farms on Lake Ontario.

Perhaps Trump’s first and most likely job creator for the region would be his plan for a $1 trillion overhaul of the nation’s infrastructure, something Gov. Andrew Cuomo and Sen. Chuck Schumer have acknowledged they could get behind. This comes at a time when 11 percent of the bridges in the state are classified as structurally deficient, 27 percent as functionally obsolete, and as Syracuse considers possibilities of rerouting Interstate-81 throughout the city.

More jobs and infrastructure investment may help reverse a movement that was probably on the minds of many Trump voters when they cast a ballot for him. They want a reason to stay. New York again made the top three states people moved out of in 2016, ranking behind Illinois and New Jersey. People here want something to look forward to.

But a June 2016 report by the U.S. Conference of Mayors that ranks cities by their economic potential has many upstate cities at the bottom of the list. Of the 381 U.S. metro areas ranked by their economic outlook between 2015 and 2021, Utica-Rome ranked 376; Binghamton 371; Rochester 364; Syracuse 353; Elmira 349, Buffalo-Niagara Falls 344; Kingston 336; Albany-Schenectady-Troy at 324 and so on. If the jobs leave, so do the people. And if the future doesn’t look too great, they will leave sooner than later.

Now, obviously a president alone isn’t going to wave a magic wand to help one region or one state. But Trump is a New Yorker, the first president from this state since Franklin Roosevelt. Even though a celebrity billionaire from Fifth Avenue seems like an unlikely hero for these people, he evidently had his finger on the pulse of this region. Maybe his voters here see upstate as a model for the other regions in the country that are struggling and maybe then a model for how the country can come back. We will just have to wait and see.