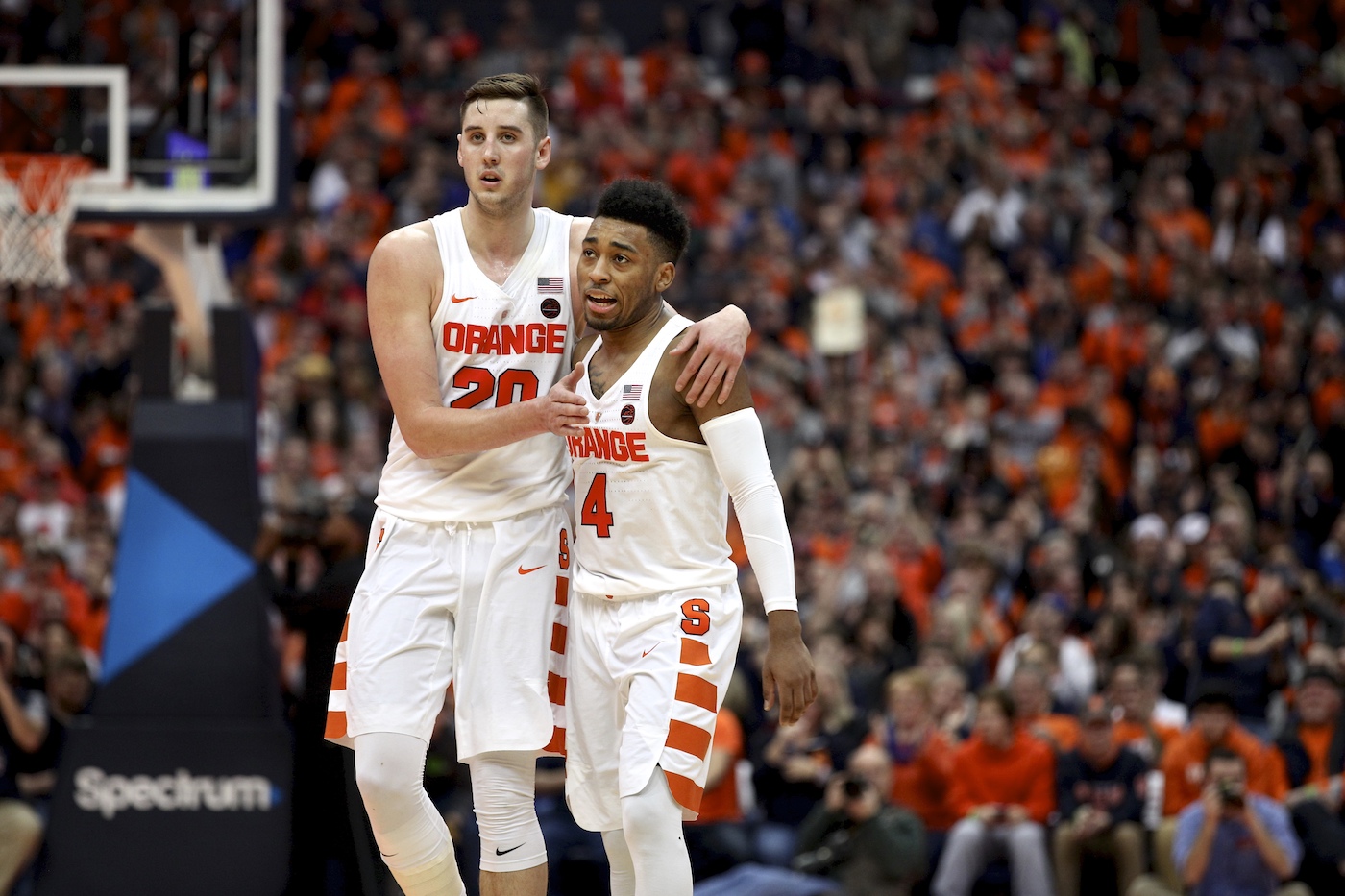 The Orange look to build off signature win against Florida State.

Back on Dec. 21, as the Syracuse University men’s basketball team fell behind a middling St. John’s team that had already lost to the likes of Delaware State and LIU Brooklyn, it was clear the game would become a game of wills as much as skills.

The Orange, which had already lost four non-conference games, would need to dig deep on its home court and find a way to rally against an inferior opponent. Syracuse flunked that test of character, as the Red Storm handed the Orange a humiliating 93-60 loss: the worst home loss in coach Jim Boeheim’s 41-year tenure.

After the game, Boeheim said, “This game is all on me. I didn’t get them ready to do what we needed to do.”

That was a rare case of Boeheim falling on his sword because the truth of the matter is that the Tin Man had more heart than the Orange showed that night. And it was a symptom of a disease that plagued the Orange through its first 20 games: When the Orange punched first, it usually coasted to a win; when the other team punched Syracuse first, the Orange would rarely fight back.

The result: an 11-9 record that was Syracuse’s worst after 20 games since 1970, Boeheim’s first year as a graduate assistant coach. 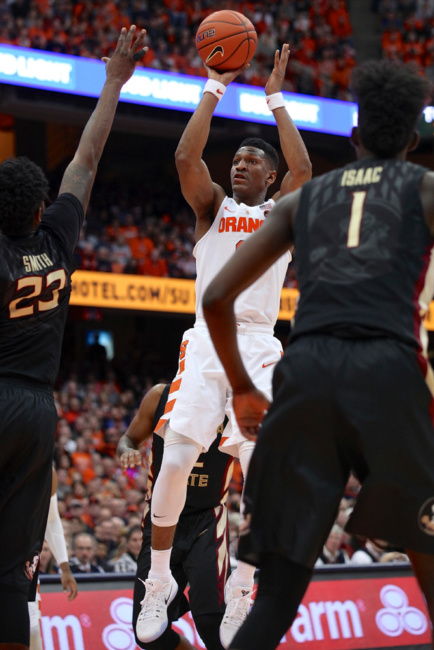 But just as SU fans were resigning themselves to a March without the NCAA Tournament, the Orange showed the kind of resolve that may yet salvage this season. Syracuse rallied from an 8-point deficit midway through the second half to defeat Wake Forest 81-76 Jan. 24 at the Carrier Dome, and then held off a furious Florida State rally in the second half to upset the No. 6 Seminoles 82-72 Jan. 28 at the Dome.

The win against Wake Forest was Syracuse’s first of the season when it trailed at halftime and Syracuse’s first win in a game decided by five points or less. Of course, the Orange had played only one other close game all year, losing the other one 52-50 to Connecticut at Madison Square Garden.

Heading into the Wednesday, Feb. 1, game at North Carolina State, the Orange is sitting at 13-9 overall and 5-4 in the ACC with several opportunities to notch more signature wins with home games against No. 12 Virginia, No. 13 Louisville and No. 17 Duke, and a road game at Louisville.

“That’s a resume-builder and it puts us to 5-4, which is huge, and we’re just trying to stay as close to the mix at the top as possible,” Orange fifth-year senior transfer Andrew White said after the win over the Seminoles. “By playing (Florida State) it shows we have the ability, we just have to show up and do it night in and night out.”

The Orange built an 18-point halftime lead against Florida State, which won five of its first six ACC games against ranked teams. But led by a sure-fire future NBA player in Dwayne Bacon, the Seminoles pulled within two points on five occasions in the second half. The Orange responded with big shots and defensive stops, and fifth-year senior point guard John Gillon made 11 of 12 free throws in the final three minutes and scored Syracuse’s final 13 points.

“To get a win like this, it’s about the little things,” Orange freshman guard Tyus Battle said. “You hustle, get rebounds, get loose balls and stuff like that. You just have to want it more than the other team and we did that today.”

Now comes the next test: Can the Orange do it away from the Carrier Dome?

Even with that embarrassing loss to St. John’s, Syracuse is 13-2 at the Dome and outscoring its opponents 81.5-64.3. In seven games away from the Dome, the Orange is 0-7 and opponents are outscoring SU 77.3-64.0. All of which highlights the first-20-games-of-the-season pattern of the team either rolling, usually at home, or getting rolled with no way to stop it.

“We need it,” Gillon said about Wednesday’s game at North Carolina State, which is 14-8 overall and 3-5 in the ACC and features perhaps the league’s best freshman in guard Dennis Smith Jr. “The same type of desperation we played with in this game (against Florida State), we’ve got to channel it and bring it to the next one. We’re hungry, we want to keep on going.”

Although Syracuse lost by a combined 35 points in its most recent road losses to then-No. 9 North Carolina and then-No. 15 Notre Dame, the Orange did play better in those games. And the reality is that it’s very difficult to win any road game in the ultra-competitive ACC.

“We actually played better on the road the last couple of times and much better at home, obviously,” Boeheim said after the Florida State game. “We’re getting a little better, (but) we still got to get better.”

Gillon, whose play at the point usually dictates SU’s performance, acknowledged that the Orange is “playing with more passion” than it did at the start of the season. It still might not be enough to propel the Orange into the NCAA Tournament, but it will make the rest of this season a lot more fun to watch.

“We’re all starting to gel as a team, we’re wanting our brother to do well and we want the next guy to succeed,” Gillon said. “And we’re making plays, diving on the floor, making the extra swing (pass). That was stuff we weren’t doing and now I see it all coming in and that’s just giving us great confidence.”