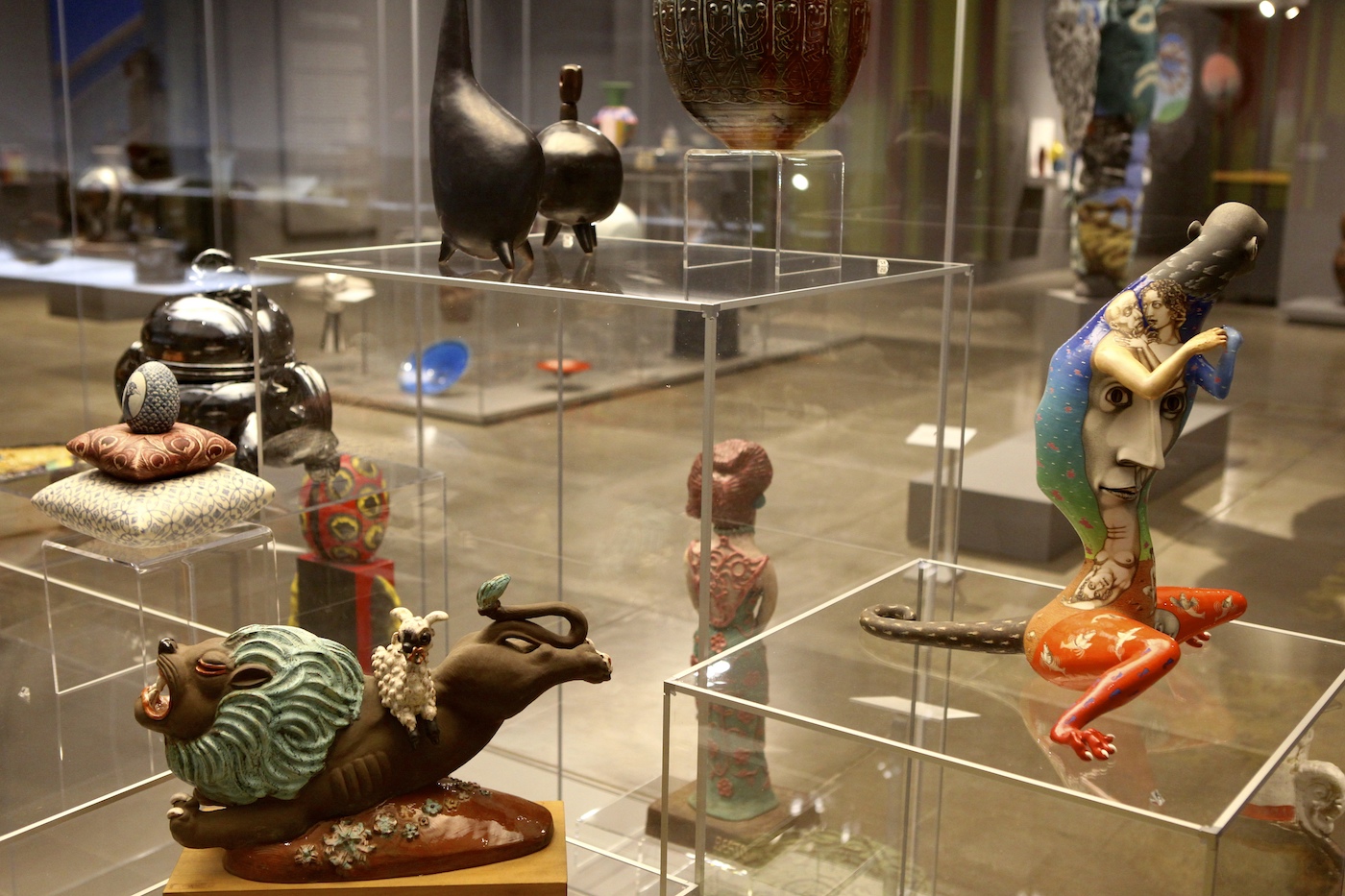 The Clay’s The Thing

The Everson Museum revamps the gallery that showcases its world-renowned ceramics collection.

When she became director of the Everson Museum of Art two years ago, Elizabeth Dunbar assessed the facility and quickly determined that it was time to radically transform the Ceramics Gallery. “It was installed in 1986 and never updated,” she said. “It was good for a time but no longer met our needs.” 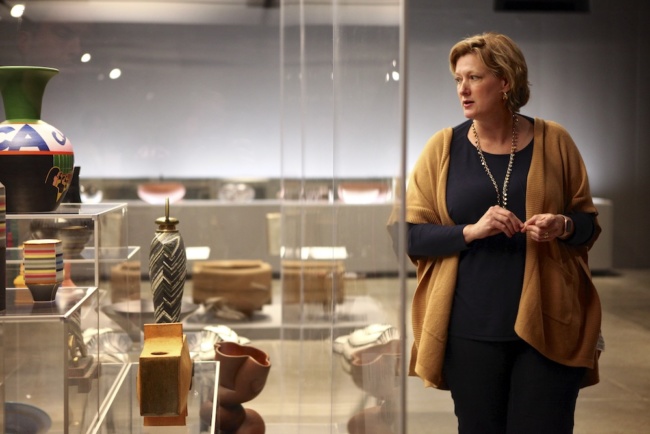 So Dunbar developed a plan to revamp a space used for educational programs. That room, on the lower level of the museum, was stripped down, refurbished and set up with new display cases, LED lighting, and a concrete floor instead of wood.

The new gallery, which opened just before Thanksgiving, is designed to provide a different viewing experience. There are display cases not just against a wall but also in the middle of the room. The 3,500-square-foot gallery has lots of open space. Moreover, various ceramic pieces sit not inside a display case but on a ledge a couple of feet off the floor. It’s possible to stand very close to those works.

“We wanted the gallery to be physically engaging,” Dunbar said. “A space where viewers didn’t feel isolated from the ceramics.”

In addition, she felt that the new space should be flexible, a gallery where new exhibits would be mounted every six or nine months. That makes it possible to showcase different segments of the Everson’s large ceramics collection, which holds more than 5,000 pieces.

The initial show, A Century of Collecting: Ceramics at the Everson from 1916 to the Present, travels across 10 decades, embracing varied artistic styles and regional variations. It starts with works by Adelaide Alsop Robineau, whose 16 porcelains were purchased by the museum a century ago, launching its ceramics collection, and extends to ceramics purchased just a couple of years ago. 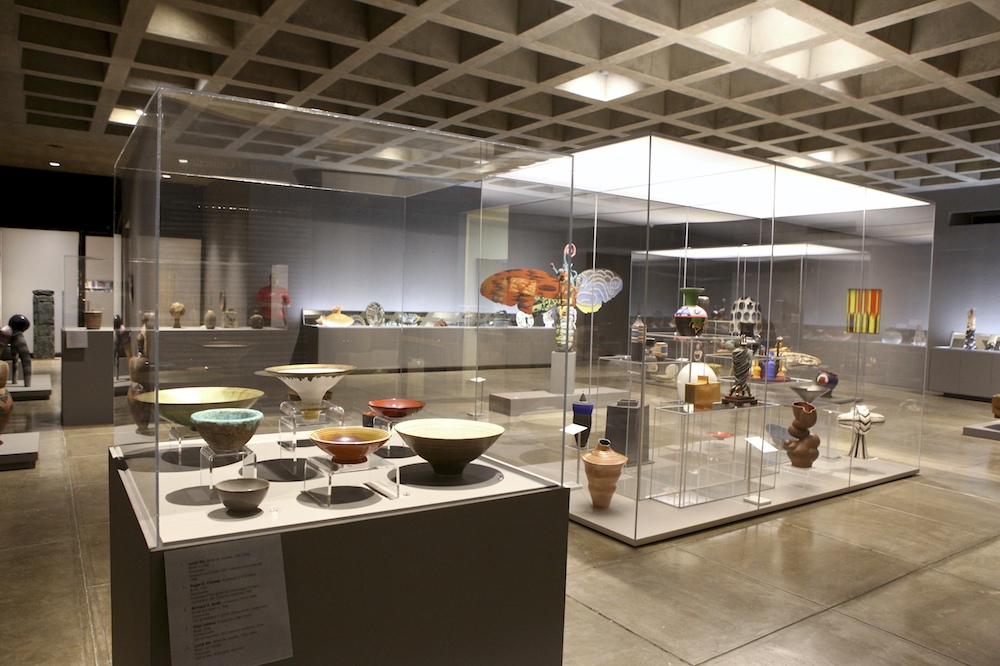 A Century of Collecting is also diverse and thematic. For example, it presents three works in close proximity to give a sense of non-conventional ceramics. Marilyn Levine’s stoneware piece, which resembles a shoulder bag, is flanked by “Ego Cup and Saucer,” Matt Nolen’s work satirizing narcissism, and “EZ Credit,” in which Ramon Elozoua portrays a decrepit billboard. Elozoua does ceramics depicting broken-down structures: water tanks, factories, drive-in movie screens.

“I didn’t want the show to be organized solely by time and geography,” said Dunbar, who serves as the exhibit’s curator. “There had to be opportunities for viewers to make connections between pieces.” 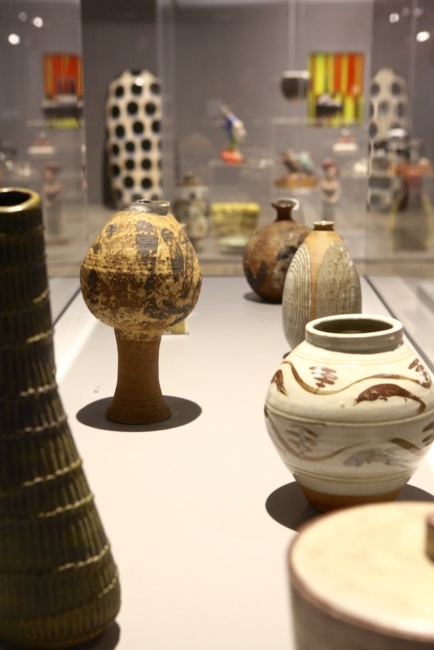 Beyond that, the show focuses nationally and regionally. It displays work by Robineau, a key figure in the Arts and Crafts Movement, and other well-known ceramists such as Peter Voulkos and George Ohr, the self-styled “mad potter of Biloxi, Mississippi.” The inaugural exhibition also presents pieces by Margie Hughto, Peter B. Jones and David MacDonald, a talented trio living and working in the Syracuse area.

The exhibit links to a smaller show on the museum’s first floor that showcases pieces by Haudenosaunee artists represented in the collection, including “Turtle Pot” by the late Ada Jacques, Tom Huff’s “Early Harvest,” several works by Peter B. Jones and “The Unity Pot” by Tammy Tarbell-Boehning.

There are also ties to upcoming programs at the Everson. On Thursday, Feb. 2, 6:30 p.m., visiting artist Kevin Snipes will deliver the seventh annual ceramic arts lecture. Two weeks later, on Feb. 16, a docent’s tour of the Ceramics Gallery starts at 6 p.m.

Those events will be attended primarily by Syracusans, but the ceramics collection, widely regarded as the best in the country, also appeals to a wider audience. “Our name is recognized in the world of ceramics,” Dunbar said. “Scholars come from around the nation to see our collection.”

Finally, she emphasizes that the new gallery offers possibilities for the future. The current show is one of a kind, not a template for future exhibitions. “This is an open, raw space,” she said. “Nothing is permanently affixed. We can use display cases again or take them away. The gallery will be utilized in different ways.”