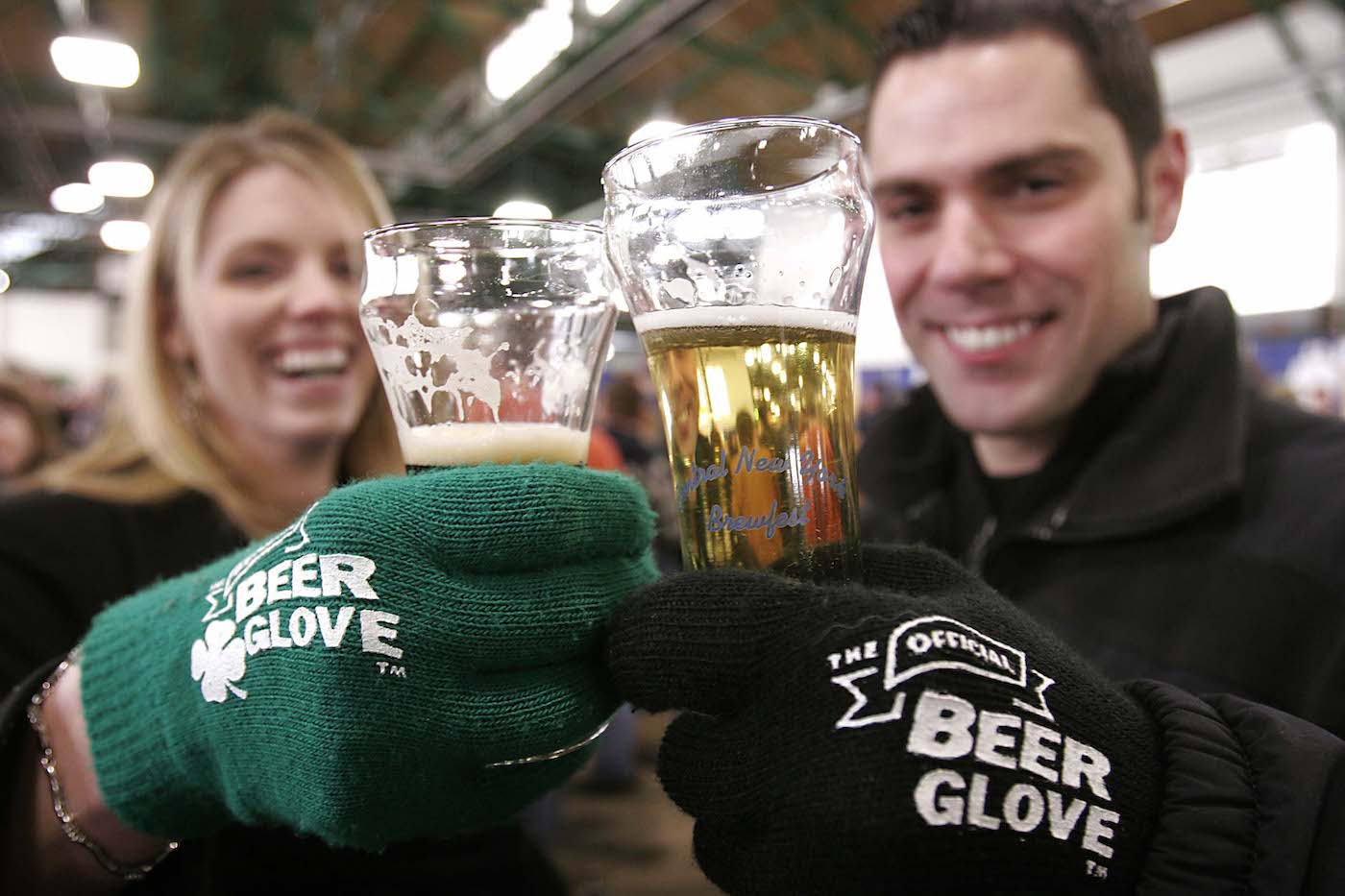 Craft beer awareness is the focus of this year’s CNY Brewfest.

On Saturday, Feb. 4, the annual CNY Brewfest turns its legal drinking age, as the 21st edition of the longest-running grog gathering marches on at the New York State Fairgrounds.

Founders Mick Wysochanski and Billy Newman, who created the event in 1997, have stepped down from the party, with Jason Purdy taking over as the show runner.

“Billy and Mick did an amazing job,” Purdy said. “It’s always the same weekend in the winter, which is Super Bowl weekend, and it’s always at the fairgrounds. As the new year turns, everyone anticipates the Brewfest. They’ve been successful for 20 years, because of the consistency.”

Brewfest isn’t the first baton Purdy has grabbed and run with. The former co-owner of neighborhood bar Shifty’s, 1401 Burnet Ave., currently owns Now & Later, 620 Ulster Ave., in the Tipperary Hill neighborhood. The location was the former home of corner store Brilbeck’s, which originally opened in 1901, and boasted an impressive beer selection.

“It was a delicate balance, especially in the first six months. People were coming in and they said they were still going to call this Brilbeck’s. I completely understood,” Purdy said. “Everyone seemed apprehensive at first, worried their corner store was going away.”

Brilbeck’s did go away, Purdy admitted, but he’s paying homage to the history of that corner. Because beer sales were huge, the other store goods were not brought back. The revamped and redesigned venue is divided into two parts, playing off the Now & Later name: a place where a patron can enjoy a cold beverage and a store to buy craft beer to enjoy at a later time. The space is cozy, with a clean, industrial appeal and surrounding garage doors that open during warmer weather.

For the 2017 Brewfest, Purdy has teamed with artist Tommy Lincoln for promotional materials, Soul Risin’ will perform live music and more than 30 breweries have been added for a 126-brewery count. There will be about 250 varieties being poured.

The former mail carrier moved from Central New York for a six-year stint in Florida. While working as a bartender down there, the craft beer bug bit him. Purdy is now eager to spread awareness about craft beer.

This year’s goal was to bring more craft beer to the event, especially hard-to-find and one-offs (brews released one time only) to intrigue the frequent patrons, the newcomers and those he calls “craft curious” — the people who enjoy a good beer, but may be intimidated by the craft industry.

He’ll also be featuring smaller breweries that do not have distribution, including Willow Rock Brewing from Syracuse and Prison City Brewing from Auburn. “Brewers and representatives will be on-site to talk about their processes, explain the difference in the styles of beer and varieties they offer,” said Purdy.

New York state brewing has seen a boom in the last five years, with the farm brewery bill as a major asset. “It encourages New York state growth and for everyone to buy their products from the farms,” said Purdy. “There are great incentives and grant money out there. I think that’s why you’re seeing more of the smaller breweries pop up. The process is being streamlined a little bit.”

Purdy added, “The only thing we have to be careful of is there has to be enough supply there when those percentages increase. The requirement for including New York state-grown products will eventually grow to 85 percent.” This is part of the education aspect Purdy wants to incorporate into the event. He even toyed with the idea of including lectures at upcoming CNY Brewfest events.

For the time being, he’ll continue his efforts through Now & Later. In February he’s anticipating weekly events that feature a particular style, so patrons can learn about it, enjoy small tastings and have specials on particular bottles. Purdy will also continue to focus on area breweries: “We recently featured Brewery Ommegang and Sierra Nevada. We talked about their products and ran special pricing on both the Now & Later sides.”

The CNY Brewfest will hold two sessions, noon to 3 p.m. and 5 to 8 p.m., at the State Fairgrounds’ Horticulture Building. Tickets are $40. For more information and to purchase tickets online, visit cnybrewfest.com or eventbrite.com.