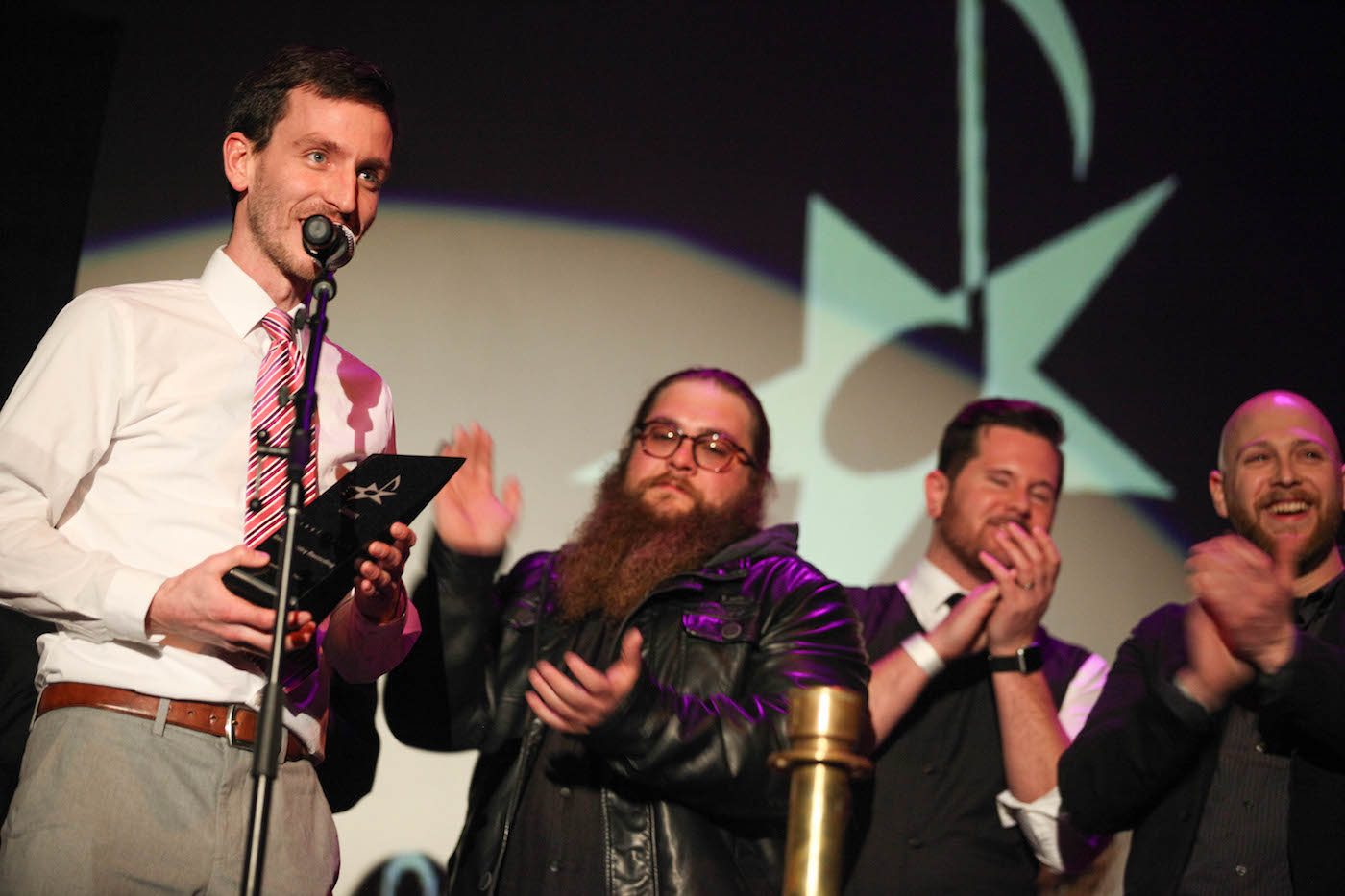 The pilot episode of Austin City Limits, a live music program recorded in Austin, Texas, was shot in October 1974 and starred Willie Nelson. PBS spread the show around stations in the United States and today Austin is often called the “Live Music Capital of the World,” perhaps in part because of Austin City Limits’ long-running success.

“For several years, the idea has been in my head,” says Liz Nowak, one of the co-founders of the project. “I approached WCNY six years ago about a series to highlight Syracuse music. It never really went anywhere because of funding, production costs and other roadblocks.

“Ron Keck at SubCat Studios was always interested,” Nowak continues. “Salt City Limits really came to life after I mentioned it to Jordan Davies, who saw and understood the vision. His energy and passion are amazing.”

Davies and Nowak teamed for Salt City Limits, and now plan to keep the music event going with a downtown showcase at Funk ‘N Waffles, 307 S. Clinton St., every last Thursday of the month. There will also be an annual show at the Palace.

Nowak isn’t a musician, but became involved in the business side of music in the late 1980s. She produced concerts featuring national acts Stevie Ray Vaughan and Little Feat. In the 1990s she worked with Creative Concerts and has been part of the Syracuse Area Music Awards (Sammys) since founder Frank Malfitano asked her to join the board.

Davies is classically trained on violin and viola, having attended the Crane School of Music at SUNY Potsdam. He developed music series at the Ridge Golf Club and Tavern in Chittenango and headed events like the Bacon and Bourbon Festival and Ridgestock.

“Syracuse is already a hotbed of talent,” Davies says. “With this project we hope to put our music scene on the map as a musical hub, and musically in the same light as places such as Austin, Nashville, Memphis, Los Angeles and New York City. All of the pieces are here: artists, studios, community, venues. Now let’s show everyone else how cool our town is.”

Davies and Nowak handpick the bands based on availability and genre, ensuring a good mix of music. It’s a serious goal of the pair not to overlook any band or artist.

“We have started a master list of Syracuse bands,” Nowak says. She encourages groups to reach out by sending a link to [email protected] for consideration in future lineups.

“We want to have crossover appeal to live music patrons,” she says. “We hope that they will network and collaborate at the live show.”

The ultimate goal of the project will put favorite bands on bigger stages, pairing them with other groups so fans can walk away loving more than just the artist they came to see. Likewise, the digital footprint is intended to benefit the participating artists.

“Each performance will be professionally recorded by our sponsor SubCat Studios and videotaped,” Nowak says. “Musical segments will be posted to the SaltCityLimits.com website and YouTube channel. Featured bands are encouraged to share and use the links to promote themselves and our rich musical scene. We hope this project encourages artists to continue to create and realize that they are the scene we have here in Syracuse.”

Both co-creators believe that Syracuse has a strong enough scene to rise up among much bigger markets. As the lineups for future Salt City Limits showcases are released, that argument gains more traction.

“Syracuse is abundant with seasoned, talented musicians in a very diverse group of genres,” Nowak says. “Austin City Limits has amassed critical acclaim and a massive audience. Syracuse music has so much to share and showcase. The seeds have always been here. We hope that Salt City Limits as a vehicle can provide water, soil and sunshine.”

Tickets to the inaugural Salt City Limits event are $20, available at palaceonjames.com and the Sound Garden, 310 W. Jefferson St., in Armory Square.

Bill Engvall Signs For Two Saturday Shifts At Del Lago’s The Vine
Layover Lark Flies Up, Up and Away
To Top