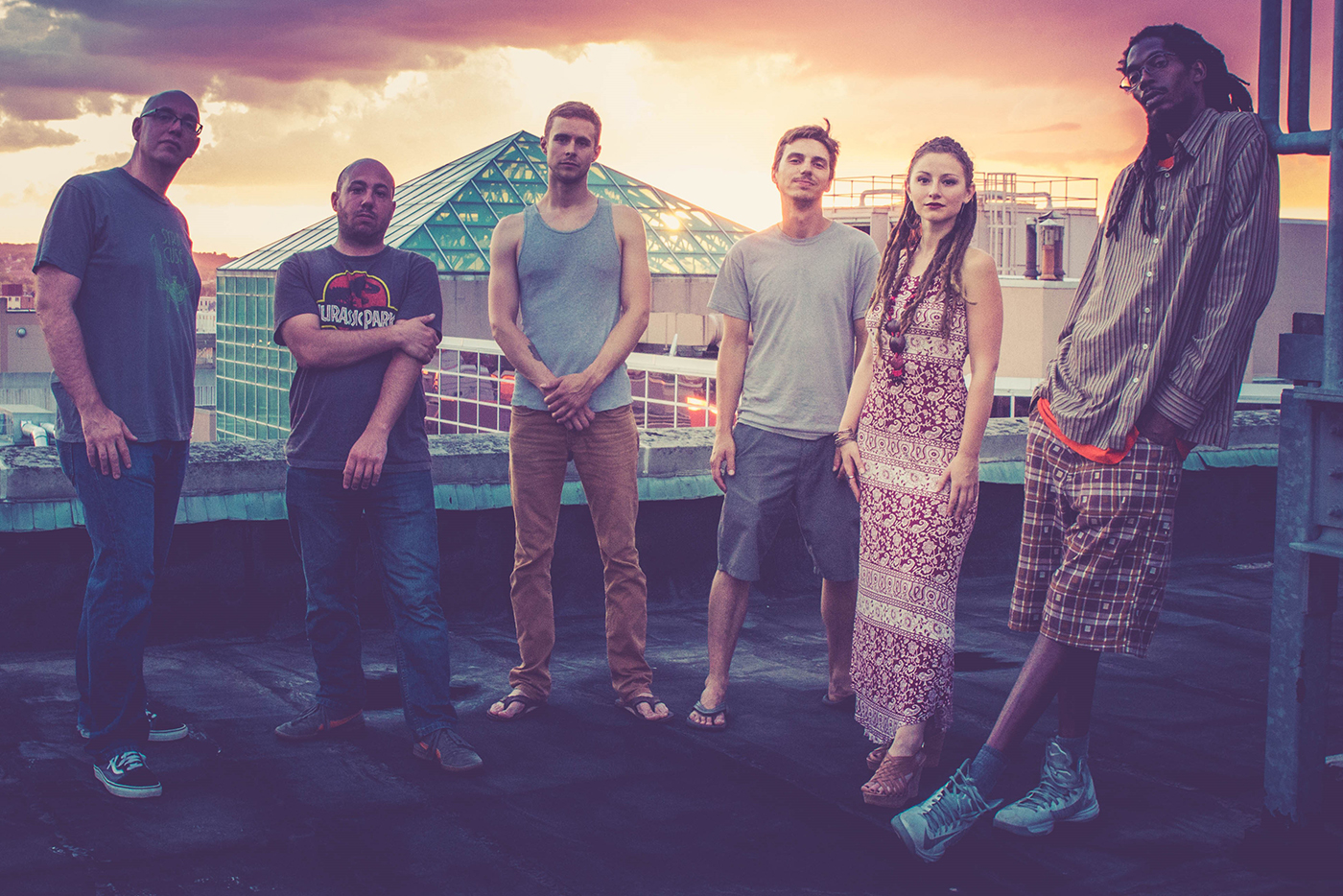 Root Shock gets personal on first album, touching on love, loss and more.

For this CD, band members Jessica Brown, who is the lead singer and songwriter, and guitarist, vocalist and songwriter Phil Grajko bring songs that talk about love of humanity. “I’m really insecure about my songwriting,” Brown says when asked about her lyrical inspiration. “But I’m learning to get out of my comfort zone. I’ve always been really introspective. I’m also empathetic and like hearing other people’s stories. I’m interested in people and the human struggle, daily life, the horrific experiences and the beautiful times and everything in between.”

The songs keep a positive beat, always bumping and swaying, but the subject matter also swings between anthems of freedom and dealing with death, between coming together and letting go.

“A lot of it is painful stuff I’ve been through,” Brown admits, “but with a hopeful outlook through the struggles. It will get better. It’s only a season.”

“It was traumatizing for me, losing my mom,” Brown says. “But looking at someone’s life, there’s a beauty in both perspectives, beauty and pain coming together. There’s strength in being vulnerable. It’s part of the human experience.”

Other songs seem to connect on a universal scale. “‘Freedom’ was about my own personal freedom,” Brown says. “But when you look in the world, there are people who are still enslaved and need freedom, people bound by religious belief or social economics. It can be universal to anyone’s freedom. It’s cool, but also tragic. It’s about breaking through social norms of the past so everyone can be equal in unity.”

While Brown’s voice floats above the band, the album also highlights the players building her musical base: bassist Bill Eppel; Fafa Fain on drums and vocals; Grajko on guitar and vocals; keyboardist Nick Kaczmar; guitarist Dan Valvassori; and Jason “Jocko” Randall (who also produced and engineered the band at MoreSound Studio) on percussion and Theremin.

“They’re all solid guys,” Brown notes. She describes Eppel as well-rounded, with more than 20 years of experience playing all types of music; Grajko as a seasoned player with a great voice; and that Valvassori, the newest member, brings different ideas outside the reggae box. Kaczmar originally began as the band’s bassist, then took up keys to fill that void, and African hand-drummer Fain also learned to play behind a drum kit.

Randall’s music engineering gifts provide another asset. “He has an amazing ear for music and how to bring out the strengths of an artist,” Brown says. “Some of us had never been in a studio setting before this album and he made us comfortable.”

Brown emphasizes that the band is also figuring out how to bring more genres into their sound. “Before playing in a reggae band I thought, ‘It all sounds the same,’” Brown says. “But you can say that with any music style, that all hip-hop sounds the same or all jazz. We’ve studied a lot of reggae, but we listen to a lot of other music. There’s jazz and soul and rhythm’n’blues in there. It’s cool to be able to mix different influences into Root Shock.”

Brown, who considers herself more of a jazz and soul singer, got her start performing with local hip-hop group Sophistafunk when she moved to the area from Clayton in 2008. She was working at the Syracuse University Funk ‘N Waffles and met Adam Gold, keys player for Sophistafunk and owner of the venue.

“Being in front of a crowd of people and learning stage presence and stuff, it was cool for me to learn and grow from,” she says. “I sang in church before that and coffee shops.”

The new album captures some of their favorite and most-performed live songs, although Brown insists that new material is already ready to go. She’s also sure to mention what it means to be a woman in her role.

“It’s been really empowering for me,” she says. “Discrimination against women is definitely happening in this country. I love all women in Syracuse doing music and bringing their own soul into it. You have to earn it as a female musician. And sometimes I’ll play a festival where there are 10 bands and I’m the only female. There’s almost more pressure to be the best that you can be. Within Root Shock, we’re all equal. There is no ego in Root Shock and we keep each other in check. And as a woman, we press on and we devour.”[snt]

“Don’t give up. And whatever discouragement you feel, take it mindfully. Don’t let it tear you down. And if you’re stuck, it can be a place where you get to know yourself better as an artist. Play as much as you can, and when anybody invites you up on stage, be well-rounded so you can be part of any group. Get out there as much as possible and don’t give up. Good things will come, I swear.”