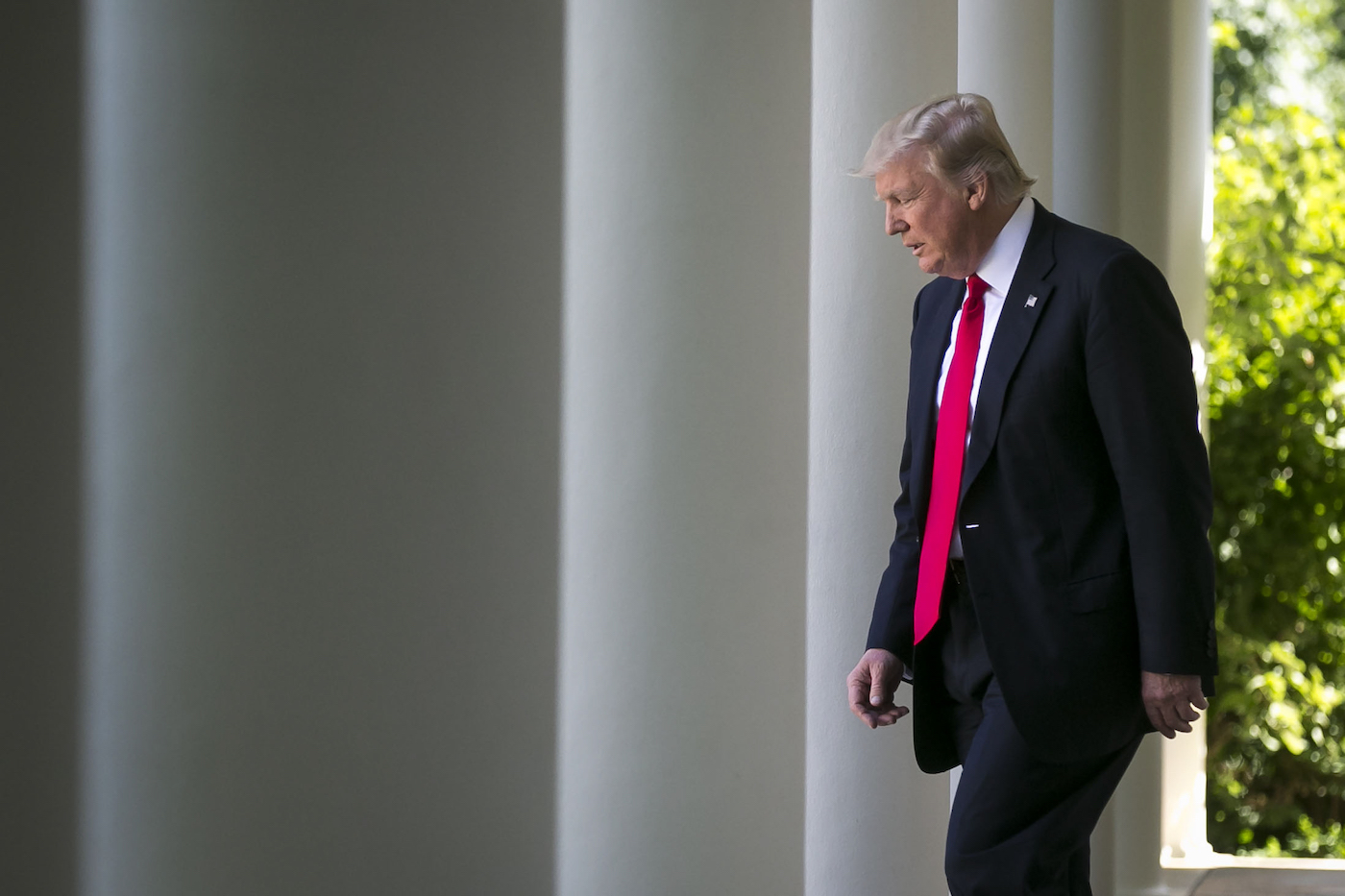 The rest of the world will benefit from growing clean energy industry.

President Donald Trump arrives to announce his decision to withdraw the United States from the Paris climate accords, in the Rose Garden of the White House in Washington, June 1, 2017. Photo by Al Drago of The New York Times
Share
Tweet
Share
Share
Email
Comments

Nearly 100 years ago, President Woodrow Wilson returned from Paris in the aftermath of World War I with a proposal for the United States Senate — approve the U.S.’s entry into the League of Nations, Wilson’s plan for global peace through diplomacy that would prevent another world war.

That proposal failed to pass in the Senate.

The rest of the world joined the league. But as we learned, the absence of the U.S., not just as a member, but as a leader, led to its eventual failure.

Some might make that comparison to President Donald Trump’s decision to withdraw the U.S. from the Paris Climate Accord, the 2015 agreement led by the Obama administration that includes nearly 200 nations, all with the consensual goal to reduce fossil fuel emissions and encourage clean energy production to slow global warming temperatures. Some worry that with the U.S. pulling out, the effort will collapse.

That may be true.

But what also may be true, and probably much more likely, is that the agreement will survive, but with the members of the European Union and China taking the lead on climate change, both of which have reaffirmed their commitment to the deal.

What this really means is that the EU and Asia will be the ones leading the world into the economy of the future. For the first time in 150 years, the U.S. won’t be. And that’s a huge deal.

President Trump justified his decision as an economic one, arguing that the Paris agreement hurts American workers, particularly those employed by the fossil fuel industry. It is his biggest play yet in his campaign promise to boost jobs in coal and natural gas production.

And the truth is, pulling out of the deal will create more jobs in those fields. Rolling back layers of environmental restrictions put in place by his predecessor has already spurred growth in both of them.

But it will only be temporary. It’s just putting another band-aid on a body that is dying of cancer. The days of coal driving our energy are simply over. Jobs in coal have been on a steady decline for decades. The idea that withdrawing from the Paris Climate Accord and slashing environmental regulations is somehow going to make coal mines re-open by the dozens is simply fantasy. Indeed, the emergence of natural gas is what has led to coal’s demise, since it is much cheaper to produce. So thinking coal and natural gas are going to together power this country is another fantasy.

If Trump wants to talk about jobs, he should look elsewhere. You know what field jobs aren’t declining in? Clean energy. For example, there are already more American jobs in the solar industry than in coal mining.

But what Trump basically did Thursday was announce to the world that the U.S. is going to cling to the past and ignore the obvious direction energy is heading in. While we continue to cling to a dying fossil fuel industry, a growing clean energy industry will look to other countries to do business with. The president ran a campaign on promising to stop American jobs fleeing overseas. But now that’s exactly what he will be doing. As a consequence of withdrawing from the accord, the United Nations estimates that the U.S. will lose clean energy jobs to Europe, India and China over the next few years.

Global investment in green energy sources totaled $300 billion in 2016. It’s estimated it will reach $6 trillion by 2030. China, the biggest polluter in the world and known for its smong-choked cities, is investing in the capability to build solar panels and will likely lead that sector in the future. Germany is converting a coal mine into a massive renewable “energy battery” and soon hopes to become the leading supplier of electric cars.

While they do that, we’ll be digging coal. Investors will see that as a signal that the U.S. is clearly not interested in getting a hand in an expanding market. We’re essentially throwing away one of the fastest growing, if not the fastest growing portion of the American economy and surrendering it to Europe and Southeast Asia.

Is that how we make America great again?

The very reason for this country’s economic success story has always been our ability to look ahead. That’s how we were able to land on the moon just 66 years after the first airplane left the ground. That’s how Henry Ford’s concept of the assembly line turned automobiles from a luxurious item into a symbol of American culture. That’s how in just 25 years, the internet went from a tool for the government and academics to being a major part of our lives and businesses.

President Wilson was able to look ahead. That’s why he worked himself into his grave pushing for the League of Nations. He knew how important it was.

It is unbelievable that Trump cannot share that same vision. Green energy is eventually going to surpass fossil fuels as the world’s lead source of power. And that may happen sooner than we think. Can’t he see that it might be something worth investing in? He’s a businessman, for God’s sake.

We’re in a transitional time with a transitional economy. If the U.S. doesn’t make that transition — the same transition the rest of the world is making — we will be left behind. And years from now, we’ll have to say, with great irony, that a policy of “America First” is what did it.

Contacting Extraterrestrials: The Method
Assault Crisis In The Blackboard Jungle
To Top