Someone told me recently, there are no rules

Hey, Syracuse and surrounding areas. By a show of hands, how many people were confused with the most recent installment of  The Espresso Shot? Most of you? Good. It’s only asked, because my father expressed a little confusion, and that’s a rarity.  This means most of you were probably confused. Throw on some Bowie, because this space cadet is coming in for a landing.

There really is no need to explain myself, my jumping/associating with a larger topic, or the post for that matter. It’s intentionally cryptic, because sometimes it’s hard to be blatant when romanticizing something. Sometimes honesty makes others uncomfortable, because they are not used to it. You’ll be spared this time, but there are no promises to be made about the future.

Someone told me recently, there are no rules,  which is loosely associated at this moment, and it’s resonated as a reminder; because I pushed the past, stale reminders of the same thing aside. The italicized phrase can cover a lot of ground. It’s good to update once in a while. We live in a world of (banking on) technology, and we utilize those updates when we can.

However, I digress. This whole week has been a digression, my head has been in the clouds. 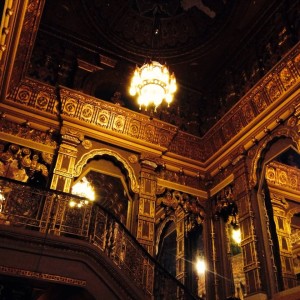 On Friday, May 30th of this year, a trip to The Landmark Theatre was necessary for the Syracuse premiere of We Cause Scenes, a film about Charlie Todd and his internationally-recognized Improv Everywhere congregation of public pranksters. You have heard of the group, and its infamous No Pants Subway Ride and Frozen Grand Central could be the best-known stints. The film, a documentary, is a directorial debut by the Central-New-York-born Matt Adams. In my opinion, I think Adams did a fantastic job with the filming and piecing the story together. If you like documentaries, it’s a great one to check out. The link to the website can be found earlier in this paragraph.

Executive Director Thomas Kazmierczak (his name was looked at three times to make sure that it was spelled right) and Director of Programming & Outreach Jeremy Ryan Brown presented this film in an effort to bring back films to the Landmark. The 1920s theatre originally showed films when it first opened, and keeping tradition alive and offering films as another event option is a good thing in my opinion.

A handful of us from the Syracuse Improv Collective — we have a show this Friday, June 6th, by the way — showed up to support as well. Guys in our collective know Matt and Charlie, and it’s especially true for fellow improviser, Ken Keech, who has a significant part in the film and Improv Everywhere. Mike Intaglietta did a fantastic job snapping pictures while Steve Peters, Stef Noble, Phil Brady, and I acted … like ourselves. And, yes, I was carrying around that Frisbee for the entire night. 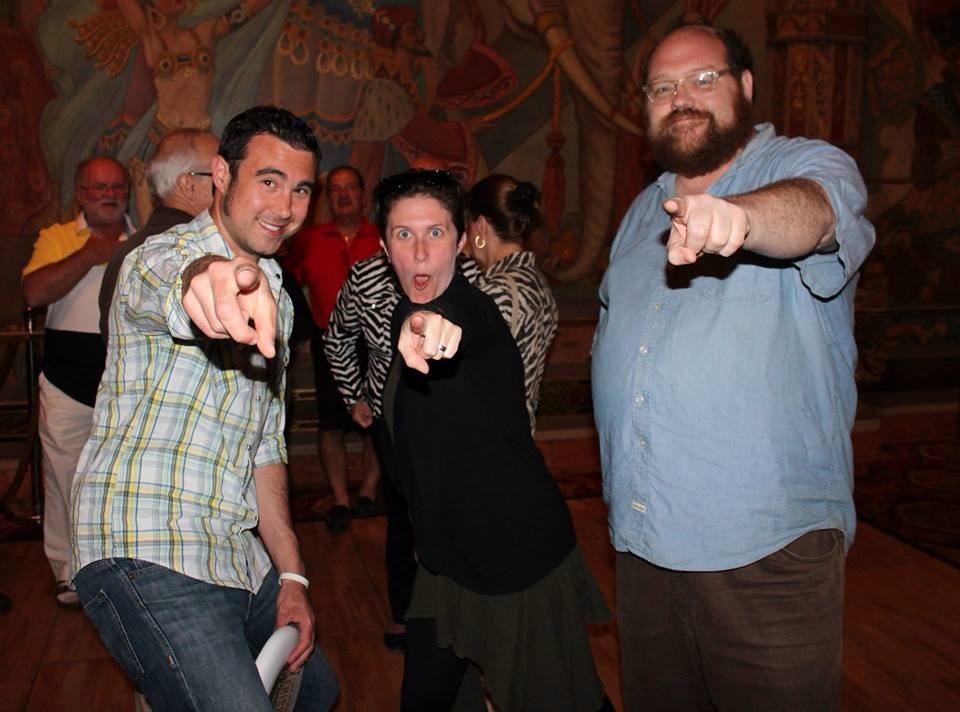 The Landmark Theatre has always been a wonder to me. I’m a sucker for doors, cemeteries, churches, gargoyles, and other architectural aspects in when I don’t really know much about it: architecture.  I’ve gone to more than a handful and a variety of events in my time, held in this gorgeous venue. Every time my breath is taken away from me, accentuating my forgetting to inhale or exhale — this depends on timing. With that being said, it is hard to resist taking a picture of some aspect; the Landmark is angle friendly — take your shots from anywhere, the pictures can be golden.

Yes, part of me does want to capture a ghost.

Last year, for the first time, I went to Behind the Iron Gates on West Genesee Street, and it was actually the second-to-last part of a NoExcuses tour. A set of eight small little mugs were purchased; and they’re perfect for a growler, craft tasting party. Recently, a trip to Syracuse Antique Exchange as a part of a spontaneous outing with a friend, midst my feeling jittery from too much coffee or writer’s block or from staring at the computer screen … it was probably a combination of them.

The older, the better … sometimes. Of course, if you have ever gone into an antiques store, there is usually something that catches your eye. If nothing does, you’re probably in a pissy mood and want to do 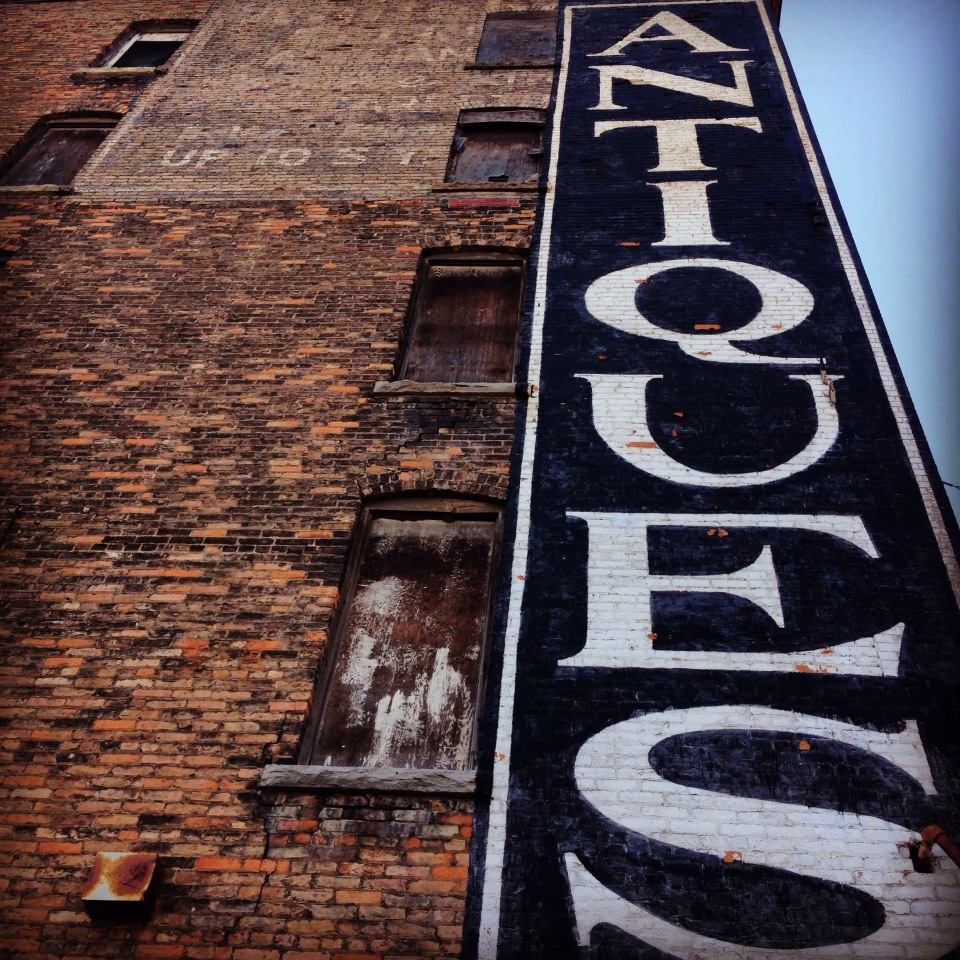 something better; however, the uniqueness of the stores can change your attitude with the simplest of items. Take for example the big, yellow Tonka dump truck that was come across. That will slap you; you’ll recall memories, and your guard will be let down … the stick pulled out of your ass. What caught my eye was a statue of a monkey sitting atop of books; one of the books has DARWIN etched into its spine, and the monkey/chimp was sitting in similar fashion as The Thinker, but one hand’s fingers was rubbing it’s chin while the other hand held a human skull.  After much contemplation and debate, the statue wasn’t worth the $68 dollars. 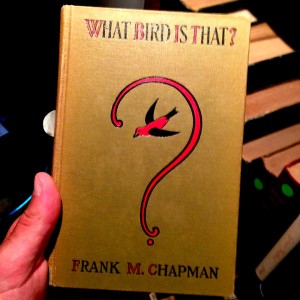 “Is this an African Swallow?” Photo by Christopher Malone

Books were not purchaced– surprise, surprise. However, the cabin on the fourth floor offered a field guide on identifying birds. Many of the knickknacks reminded me of things my grandmother had, and one picture was definitely relevant.

The main attractions were desks, drafting tables, and old cart catalogs.  They were expensive as hell for my budget, but someday. What would I do with them, especially the card catalogs? Hell, I don’t know. Isn’t that what Pinterest is for? Ideas and shit?

There were many creepy dolls lurking around as well. Here’s one with red irises, filled with murderous intent. Who wants to put money down on your buying it? The bet/requirement would also include propping the doll up in a chair, facing your bed as you sleep.

There is nothing wrong with feeling this way toward relics. There is nothing wrong with bringing back the old, maintaining whatever that possession is, because it somehow moves you. It’s meaningful, and you are willing to stand by it … even if it is a seemingly possessed doll. Even if it is mentality or acts of chivalry. Not everyone will enjoy it, not everyone will agree with what you’re doing or how you’re spending your effort, but it’s worthwhile if you benefit from it and no one gets hurt in the process. 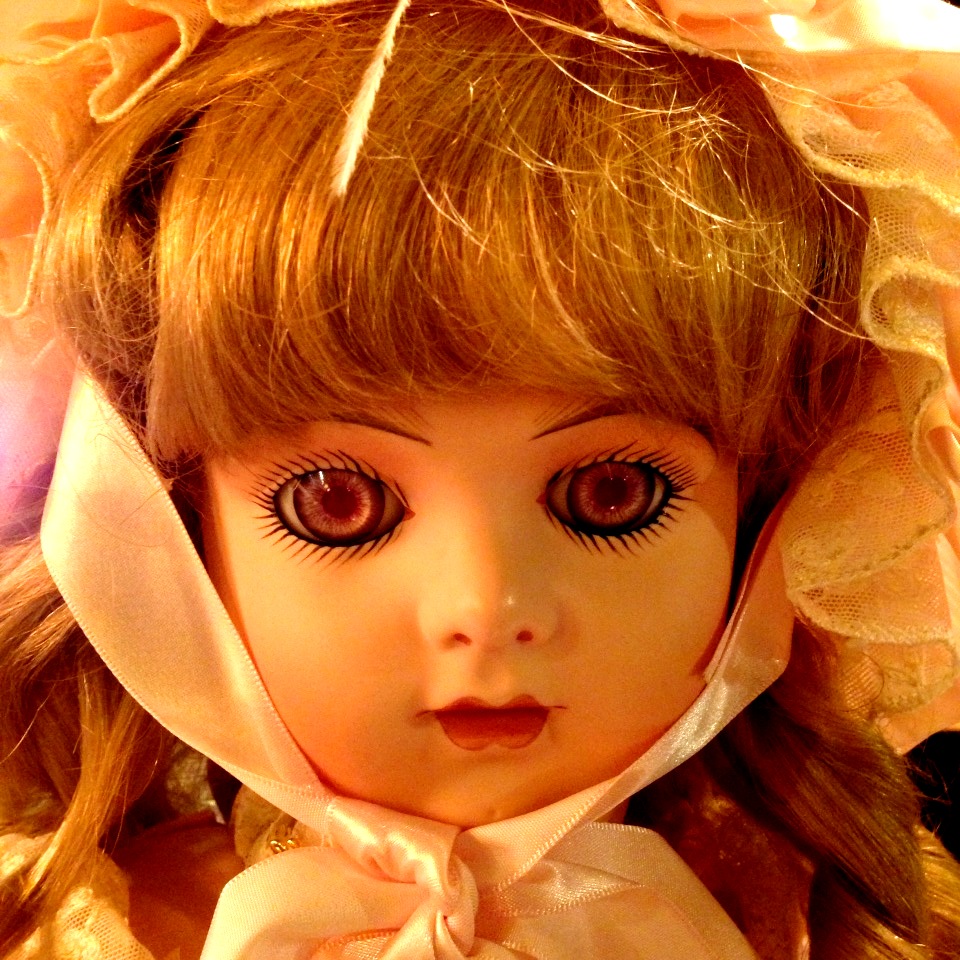 “Yes. Sleep. I promise to not gnaw on your face … hard.” Photo by Christopher Malone

There is such a thing as crossing the line and going overboard. You can tread lightly and still be passionate.

(Didn’t society once ask, perhaps rhetorically, at a funeral if the deceased person was passionate? This narrator is often wrong.)

We want our breath taken away, not our attention distracted. It’s important to be affected. You are reminded you’re fully alive if an environment or person chokes you up, if picking up that Tonka truck makes you want to make truck noises while you roll it over branches and terrain all the while stowing dirt at the same time. Take in your surroundings. Pay attention to a person who catches your eye, for you might catch theirs.

Yeah, we have roles to play. Expectations, guidelines are to be followed. Aside the guidelines, there really are no rules. Rules are meant to be broken. Create a scene. Work with what you are given, and accept it.

And be sure to smile before you blink. You have to be ready for what’s in store when your eyes open again.