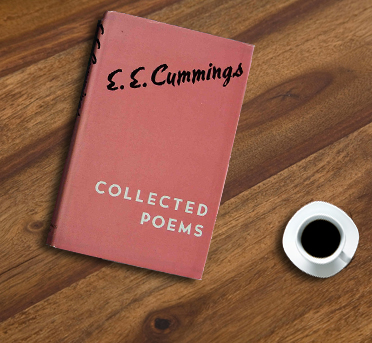 This was months ago, but even minutes ago have the ability to project themselves into a feeling as if they were a decade ago. What are the coincidences — What do they have to say for themselves? — when it comes to finding such a gem at the last moment? It’s the moment where you least expect anything to happen. It’s hard to resist this temptation and even as plain as it may be.

A trip to Books and Melodies on James Street was fitting. It’s best to look at things sideways sometimes. Just tilt your head.

No, there is much kidding with that previous sentence, and it’s OK for those who actually tilted their heads; you do now realize these words have been standing right-side-up to begin with. However, the book, the Collected Poems 1922 – 1938 of Mr. Cummings was ready and available to stare me down while checking out. The hardcover’s sea foam green cover with black and forest green lettering is still a natural beauty that rests on my nightstand. This was not the intended buy for the day — neither were the other purchases for that matter — but that’s the illuminated curious aura that is contained within the walls of a used book store.

However, in reality, the 1990-copyrighted edition, as classic as it looks, turns out to be a Book-of-the-Month Club product by Liveright Publishing and The Franklin Library. Bah!

It’s interesting. If the flirtatious glare wasn’t the deciding factor for the spontaneous buy, then it was the contained 315 poems. Finding a 315-poem book in the Syracuse area code limits — there really isn’t anything more to say about that.

However, getting to that very point is the beauty of it, and this is not monetary. This is the moment where you bend over forward and look through your legs — life is upside down this way.

Mentally, you’re off to a walking start when you hear that bell tinkle, signalling a Pavlovian response that makes the curious mind salivate — this bothers me, because just because something pertains to Pavlov, the immediate response doesn’t necessarily include mouth sweating (which many people associate this with).

The haze, its varying opaqueness, and its musty odor is as tantalizing as your grandmother’s cooking on a cold winter evening. The creaking floor proposes to you as music to your ears, and so take out your ear buds. The creaking steps help guide you to your destination with varying moans; your picking out the object you’re destined for is rewarded with a squeal of victory — mental or verbal.

The dancing through the aisles and around the shelves turn out to be a productive and satisfying date. You have opportunities to come across finds you didn’t think were on your list at the time, treats for yourself or others.

“I have recently become a secret connoisseur of last looks.“

The two lines at the very top. Remember those? They’re the last two lines of the last poem (#315) in the collection. They make up the very last gaze you get by reading through the entire collection. They are actual lines, visual gazes from two sets of eyes. They are the last two things seen before the back cover is closed, before you turn your cheek and walk away, sending you off in your own direction, which is an invisible dotted line paved out in front of you. 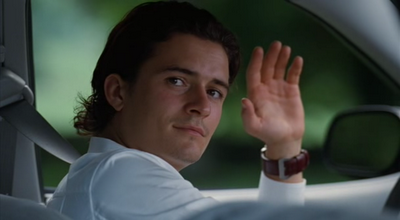 Last looks are important. They are the cliffhangers of any interaction and relationship. The time and moments spent, leading up to the last glare, is accountable. It’s best to pay attention, because the next interaction picks up where the last left off — yes, chapters. This pertains as easily to business meetings as it does to quick hellos and passing on the street, handshakes, and date conclusions. You want that last look to be awkwardly painful, too. It’s that strangeness that is uplifting, painfully soothing, and you want to be accompanied by it as you look at that other person with a quick-take-second-glance before turning away.

It’s charm. It’s the charm that you see in their eyes regardless if the sun is shining. It’s that charm that keeps you smiling and hoping. It’s that charm, excitement that caused Orpheus to turn too quickly to watch his Eurydice disappear back into Hades, and it’s the same feeling that causes you to turn and walk backwards, eventually and accidentally stepping off the sidewalk into traffic.

But you don’t, because you’re distracted by your smiling.

Let’s Rant, Shall We?
We’re in Gemini Territory Now
To Top