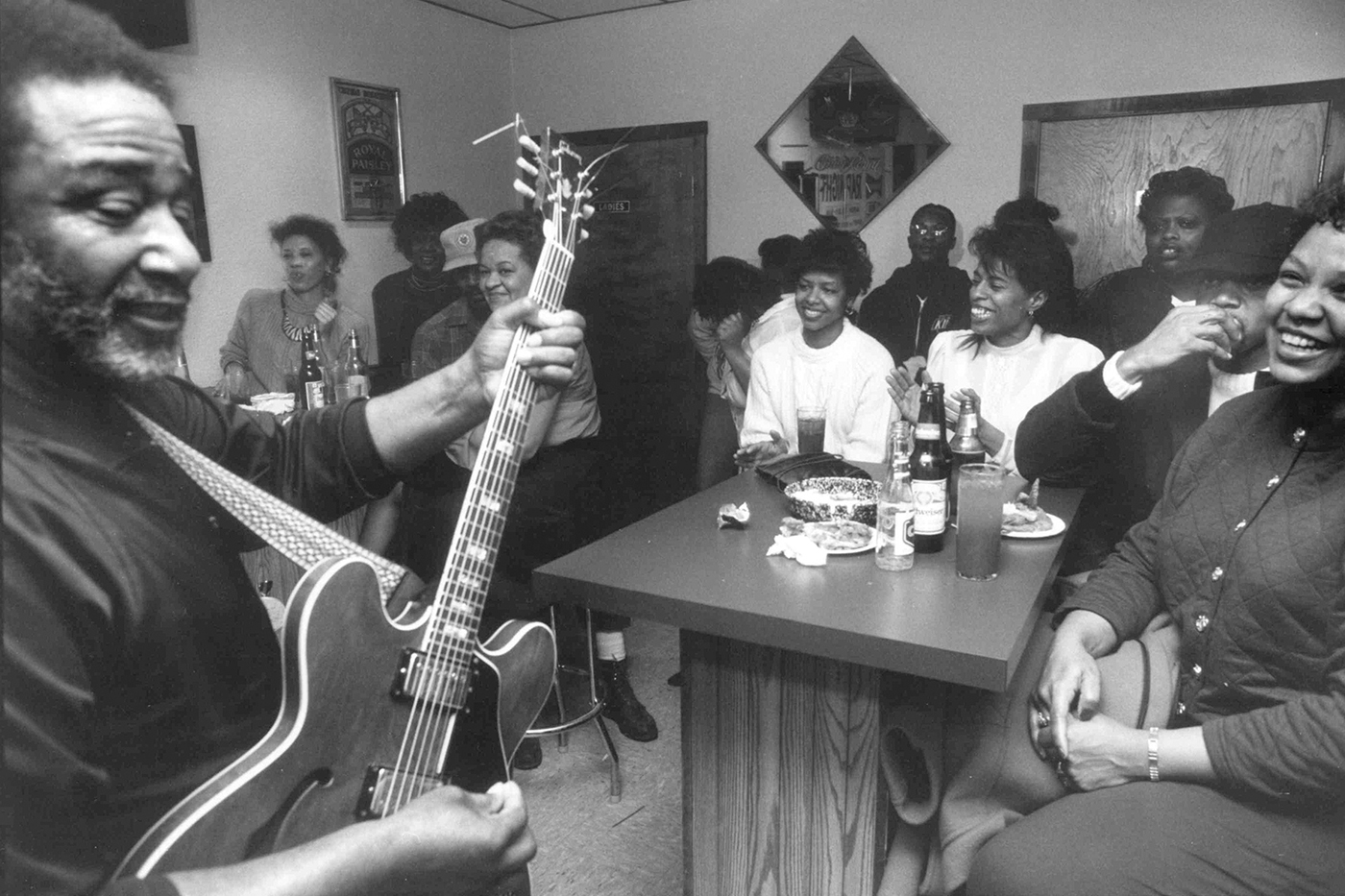 Bobby Green remembers doo-wop: The 5 Satins’ “In the Still of the Night,” The Penguins’ “Earth Angel,” The Platters’ “Only You.” He remembers singing and getting paid for it at age 15, with a local group called the Eldaros before his uncle taught him how to play the guitar. He remembers traveling to New York City for an unsuccessful audition with The Ed Sullivan Show. This weekend he will celebrate those memories and many more during two evenings of jamming to mark the Syracuse Area Music Awards (Sammy) winner’s 80th birthday.

“That will take me back to my roots,” he notes of the South Avenue club (the admission age is 25), which boasts what are reputed to be the best wings in town. Green will be accompanied at both gigs by Trump Tight 315 featuring a married couple, the Loves, whose performances personify Ray Charles and Tina Turner.

Green won’t be singing any doo-wop this weekend. “The guys I play with weren’t born then,” he says. “I don’t sing all that much, never did. I sometimes double at keyboard if I don’t have a player, but I’ll be doing a little bit or everything.” His guitar work — “old school,” he emphasizes — will cover “a little bit or everything,” including rhythm and blues and jazz from music makers such as Earth, Wind and Fire, George Benson, Kool and the Gang and Bobby Womack.

Old school, especially R&B, is exactly what co-owner Billy Denham wants to promote at the B&B. “We’ve been here 27 years,” he notes. “We’ll play the younger stuff, like rap, sometimes. But that’s three generations of changes. If you covered it all you’d be changing all the time, and the folks who come here want to know what to expect.”

Co-owner Bill McDonald points out how the club tries to foster a sense of family for the patrons. Some B&B veterans are now grandparents to some of the newer customers.

The B&B wants to be known for hosting artists like Green for the past 20 years, and for bringing acts important to its community like Little Milton and Bobby Rush. Yet the venue has suffered over the years with an image problem.

“We are a stereotyped location,” Denham maintains. “If there’s a shooting on South Avenue, might be three blocks away, it’s associated with us. But actually we’re a haven. None of it goes on in here. People need to ask themselves, how have we maintained so long in this location if we didn’t have things under control?”

Indeed, the B&B has a history of positive accomplishments in the local community of color. The walls are crowded with reminders of the sponsorships of bowling, golf and softball tournaments, support of the Over 40 Baby Boomers Basketball League and a range of activities at the Southwest Community Center. Denham speaks fondly of his role as a chaperone for the teens traveling to Mississippi for former state Sen. Nancy Larraine Hoffmann’s Civil Rights Connection.

The rules on the walls advocating maintenance of the safe haven atmosphere are simple and unimposing. A framed instruction by the front door encourages “Dress to Impress.” Especially for Bobby Green’s birthday.