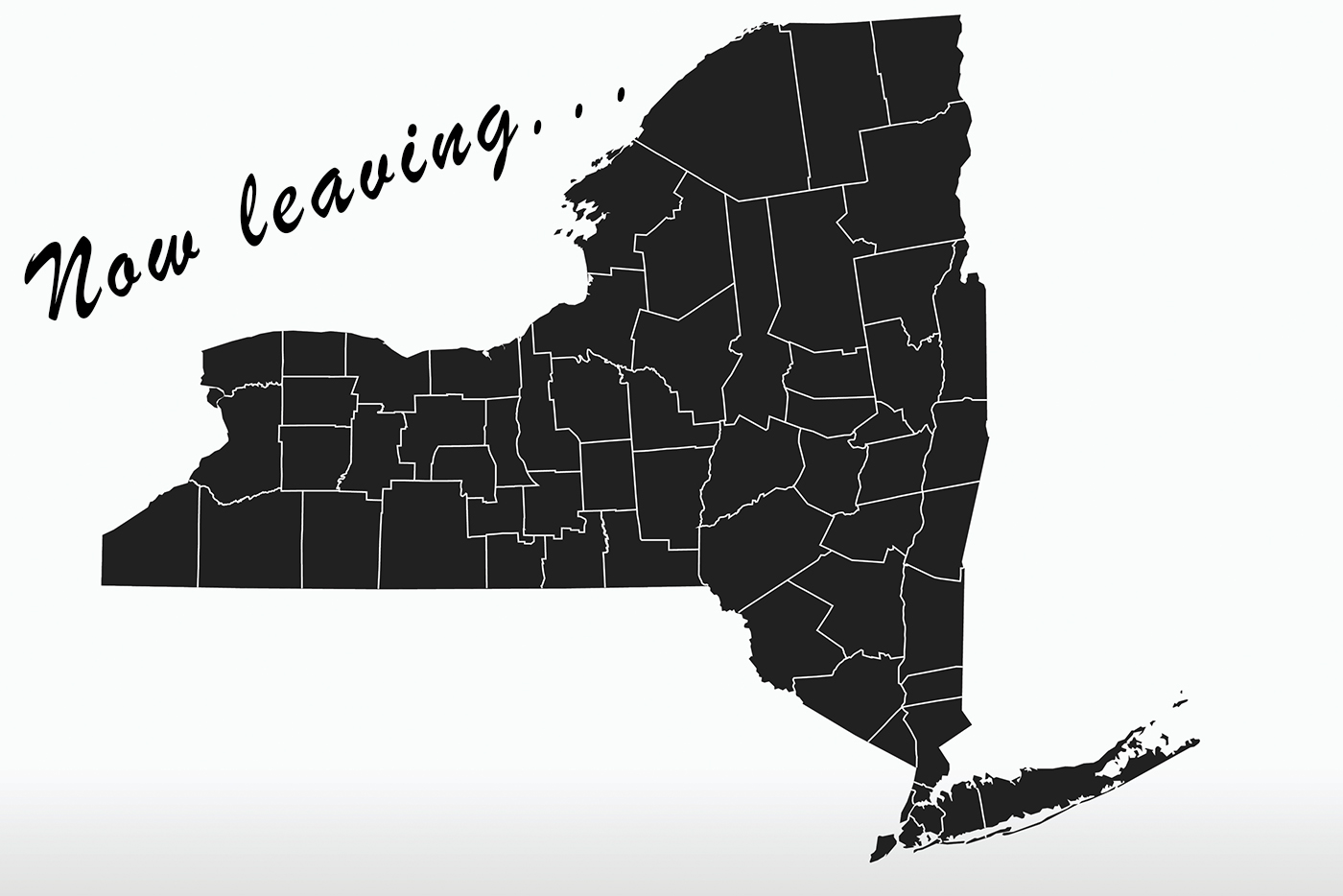 People are leaving New York, and it’s no surprise why.

For hundreds of years, New York has been a destination. It has been a leader, a supplier and an innovator. But things are different now.

The Statue of Liberty, one of the nation’s symbols of welcoming, could now almost be waving goodbye. People are leaving New York state at an alarming rate, and have been for the past few years. Maybe it really hit us when this time last year, it was announced that Florida had surpassed New York as the third most populous state in the country — a record it has held for, well, a long time.

The latest United Van Lines’ Annual National Movers Study, released on Jan. 2, reports that 65 percent of the moves to and from New York were outbound — the second highest of any outbound state in the country, behind neighboring New Jersey. New York and New Jersey have consistently remained at the top two positions for the last four years.

Now we have to be fair. A good portion of those outbound residents every year are new retirees, relocating to states in the Southeast and Southwest. Twenty-three percent of those who moved out of the state in 2015 were retirees. And now with a good portion of the Baby Boomers past, at or reaching the retirement age, we shouldn’t expect this to change at all.

But let’s face it. Not everyone is leaving New York for the good life on the beach with cocktails and sunsets. The very thing that highlights people packing their bags and leaving the Empire State is the economy. In 2015, 45 percent of those who moved out left because of the job situation. No doubt that is a big reason why many people my age (18-34) are looking elsewhere. And no doubt a lot of those young people, like myself, come from upstate New York.

While New York City is the financial capital of the world, its backyard is one of the nation’s most economically-depressed regions. And it’s a lot worse than a lot of people think.

While interning in Albany in 2014, I stumbled across the economic reports of the U.S. Conference of Mayors. In their findings for expected average annual growth of U.S. metro economies between 2013 and 2020, Binghamton ranked dead last in the entire nation — No. 363. Do you know what No. 362 was? Utica-Rome. Kingston ranked 356, Elmira ranked 355, Buffalo-Niagara Falls 354, Glens Falls 353, Ithaca 352, Syracuse 348, Rochester 343, Albany-Schenectady-Troy 338 and — well you get the picture. No other state has that many of its cities so bunched together — and at the bottom of the list. In fact, the highest New York metropolitan area ranked on the list is Poughkeepsie-Newburgh-Middletown — at 292. The top of the list is scattered with cities in Florida, Texas and North Carolina. These numbers are just one thing to look at of course, but they say a lot.

Perhaps the most alarming part of all this is that it didn’t used to be this way. What happened?

New York state was known for its industry and manufacturing — perhaps the hardest hit victim of the economic woes of the last few decades. I said earlier that New York was an innovator. And that is no overstatement. Kodak, IBM, Fisher-Price, Cool Whip, the E.C. Stearns Bicycle Agency and many other household name giants originated in this state.

And sadly, many of them have since left — chased out by high taxes and strict regulations. And many of those that have stayed have closed. In 2015 alone, the state suffered severe blows, like the closings of the Alcoa plant on the St. Lawrence River, the James A. Fitzpatrick nuclear power plant in Oswego and General Electric in the Capital Region.

Businesses go where the profit is. And likewise, people go where the businesses are. It’s an equation that was once New York’s blessing and is now its curse.

There are other reasons, of course. The state has a reputation for its high cost of living, corrupt leadership and relentless winters. But if anything is going to bring people back, it’s going to be a stable job market. New York is wounded but it isn’t dead. Not yet. It’s time for the state to be innovative once again — maybe this time not so much emphasis on what is made, but how it’s made. And let’s get to it quick.

Illinois is the fourth most populous state — and it’s closing in.

15 Years of UFO Sightings in New York: Part 1
Land and Sea
To Top