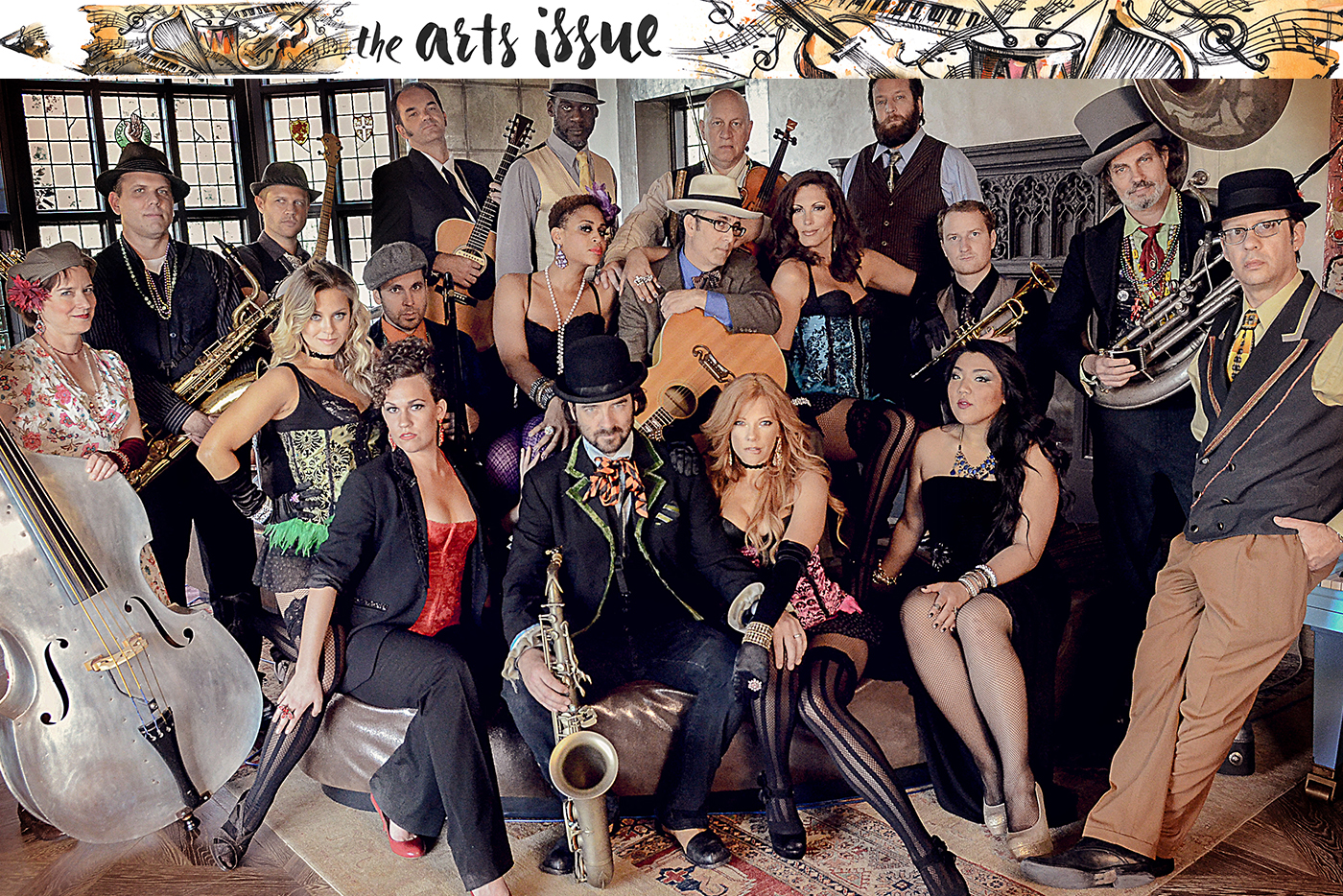 The Revivalists. This seven-piece New Orleans-based outfit channels their big band sound with ease. Songs are poppy but intelligent, full of vocal and instrumental hooks at every turn. Lead singer David Shaw has a voice that hits everything from Led Zeppelin to funky soul, while their 2015 album Men Amongst Mountains led Rolling Stone magazine to hail them as of the “10 Best Bands You Need to Know” in 2016. See them Sept. 13 at the Westcott Theater, 524 Westcott St. (299-8886; thewestcotttheater.com). Tickets are $20.

Jason Isbell and Josh Ritter. Both modern minstrels are currently operating as some of the biggest buzz words in songwriting. Ritter, labeled one of the “100 Greatest Living Songwriters” by Paste magazine, hits with narrative songs like “Kathleen,” which tell specific stories, and yet somehow they speak universally. Isbell, a member of Drive-By Truckers from 2001 to 2007, performs songs that will break anybody’s heart, and yet you can’t help but listen again and again. Isbell is married to singer-songwriter and violinist Amanda Shires, who often performs with him. They have a baby girl, Mercy Rose, and the home relationship makes it to the stage as he talks about the inspiration for songs like “Cover Me Up” — the woman standing next to him. The two performers can make any major stage feel like a living room with their intimate songs. Isbell and Ritter perform Oct. 6 at the Landmark Theatre, 362 S. Salina St. (475-7980). Tickets run $25 to $45.

Steely Dan. Known for their perfectionism in the studio and their complex mixture of jazz, rock, funk and pop, Steely Dan is musical royalty. The group, formed in 1972 with core members Walter Becker and Donald Fagen at the helm, toured from 1972 until 1974, but became a strictly studio band after that. Their songs, known for their jazz-influenced structure and thick use of harmonies, also made for albums with as many as 42 studio musicians and 11 engineers (1980’s Gaucho). The band parted in 1981, but their popularity never waned. They reunited in 1993 and have since released two albums of new material, plus they were inducted into the Rock and Roll Hall of Fame in 2001. Steely Dan performs Oct. 9 at the Landmark Theatre, 362 S. Salina St. (475-7980). Tickets run $45 to $121.

The Reign of Kindo. Originally from Buffalo but now residing in New York City, this band formed in late 2006 and released their first EP in 2007. In 2008, they released Rhythm, Chord and Melody, with key songs like “Let It Go” branding them as an unusually jazzy indie rock band. With lyrics you need to pay attention to (“Breathe Again” might be about killing Santa Claus) over softly swaying songs, this band is more deceiving than they appear. They released two more albums in 2010 and 2013 and their 2009 video of “Just Wait” became one of the most highly rated and commented-on videos in the YouTube music category. This band is for people who want something refreshingly different from the typical indie pop pack. See them Oct. 21 at the Westcott Theater, 524 Westcott St. (299-8886; thewestcotttheater.com). Tickets are $15.

Center for the Arts. (72 S. Main St., Homer; (607) 749-4900; Center4art.org). The fall schedule at this 450-seat theater offers solo acoustic, bluegrass, cabaret, Americana, jazz, klezmer music and more. Familiar acts include Slaid Cleaves (Sept. 30), who visits Central New York regularly, and Charlie Bertini and the AppleJazz Band (Oct. 15), founded locally 32 years ago. Butch Trucks and the Freight Train Band (Nov. 17) will return and unusual groups like Vaud and the Villains (Sept. 22) will bring their “traveling medicine show” of church, get down and circus to audiences. Known for its excellent acoustics, the Homer venue is bringing one of the most exciting seasons around. Tickets range from $18 to $38.

Folkus Project. (performances at May Memorial Unitarian Universalist Society, 3800 E. Genesee St.; folkus.org). Staying ever true to their acoustic roots, this series celebrates the powers of folk music and storytelling. Happy Traum kicks it off Sept. 23 with a mix of narrative and music and Guy Davis wraps it up with deep blues on Dec. 16. The Acoustic Guitar Project will visit on Nov. 18, bringing five local singer-songwriters to the stage using a special guitar that’s gone around among some of the best players in the area. Other players include Molly Tuttle, Rod Picott, Robin and Linda Williams, Cliff Eberhart with Louise Mosrie and more. Tickets range from $15 to $20.

Symphoria. (performances at the Mulroy Civic Center’s Crouse-Hinds Concert Theater, 421 Montgomery St.; 299-5598; experiencesymphoria.org). Symphoria stretches to include all types of orchestral music this season. From a Sept. 10 performance of Rachmaninoff’s “Third Piano Concerto,” called the most demanding of all Romantic concertos, to Ann Hampton Callaway’s Sept. 24 interpretation of Barbra Streisand’s repertoire, to an Oct. 29 Halloween “Spooktacular” at Inspiration Hall, 709 James St., Symphoria is working harder than ever to speak to many audiences through the art form. Tickets range from $5 to $81. SNT