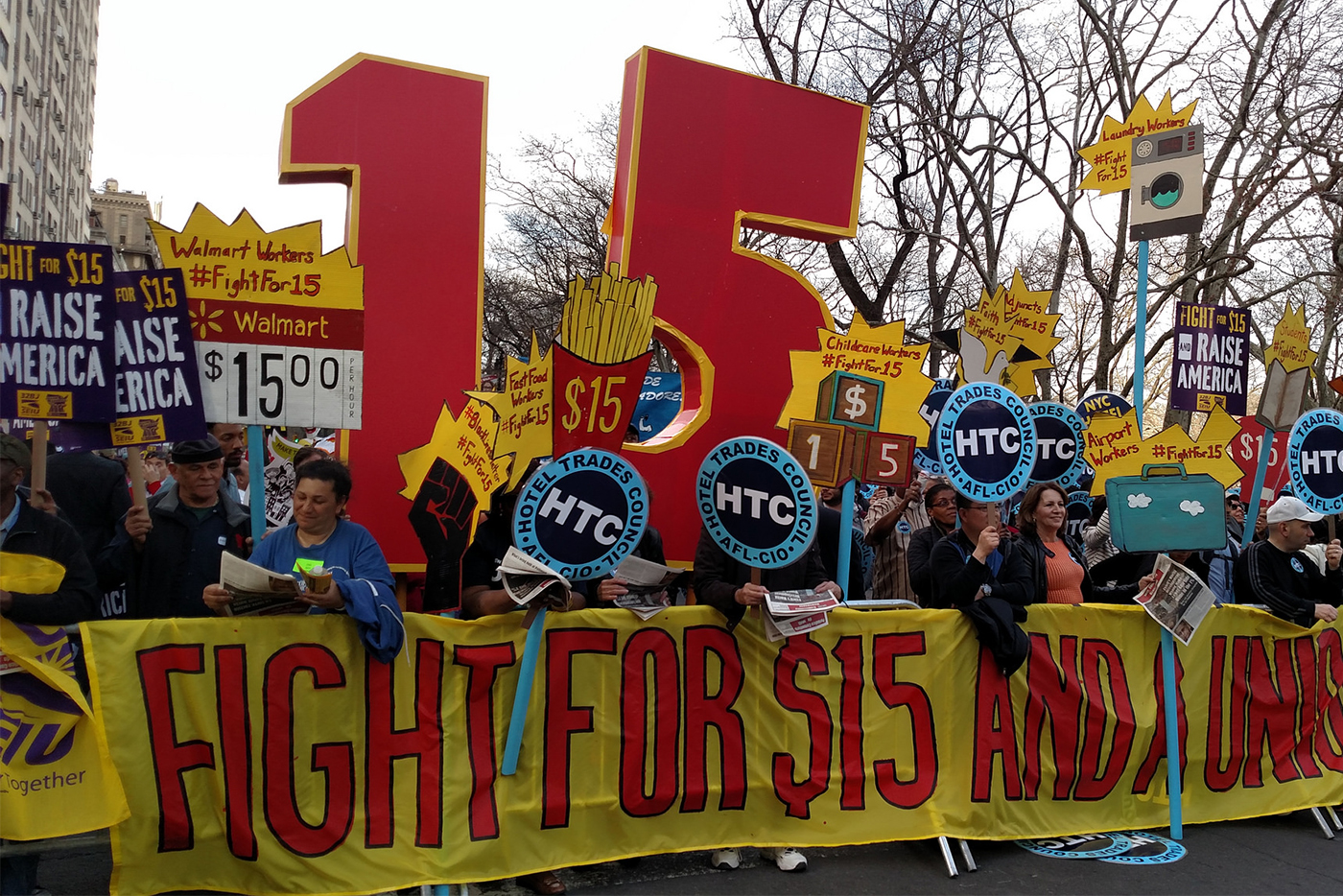 A trend has emerged over the past few decades of passing laws and statutes: as goes California, so goes New York. It seems that way once again as New York state passed a plan as part of its state budget Friday that will gradually hike the minimum wage to $15 an hour by 2022 — a day after the west coast state did the same.

It has been a long and bitterly fought battle. But as of now, the complete repercussions of such a process are unseen and to a degree, are unpredictable.

Now, it’s no secret that New York City is expensive, to put it mildly.

According to the National Rent Report for April from Apartment List, the median rent for a two-bedroom apartment in the city is $4,450. It doesn’t take a mathematician to figure that a wage of $9, the state’s current minimum, is livable, let alone sustainable. The state’s wage has increased 24 percent in the last three years, so a 67 percent increase over the next six years appears it will help those low-wage workers struggling to get by.

While interning in Albany in 2014, I was assigned to attend a large “Fight for $15” rally on the Million Dollar Staircase. There was an incredible amount of emotion in that room and the many patrons I interviewed were eager to tell me their stories of watching their hard-earned money evaporate.

But are driving up wages going to give those stories happy endings?

Many critics of the hike have said it would force the businesses these people work for to raise prices on products, cut hours, hire less people and worse: close up or leave the state. In essence, the argument against it is that it will further hurt the people it’s meant to help.

A lot of the criticism comes from upstate New York, which is already a job-starved region. The same day the state budget was passed, the The Climax Packaging plant in Lowville announced it was closing immediately, putting 157 people out of work, something that has sadly become all too common. And several of the upstate cities already rank as the poorest in the nation.

Indeed, Chris Churchill of the Albany Times Union wrote that upstate “dodged the minimum wage bullet” with lawmakers’ compromise to slow the upstate hike to $12.50 instead of $15 statewide. Says Churchill, “Here’s a question I never heard adequately answered during the so-called ‘Fight for $15’: How would upstate compete to attract desperately needed jobs and businesses with a minimum wage that matched the world’s highest?”

There’s a simple answer to that: they can’t. One giant factor that would incite businesses to avoid or leave is the fact that in the Northeast, New York would stand alone in a wage that high. What would stop a business in southern New York from moving just across the border to Pennsylvania where the minimum wage currently only $7.25?

This is all before companies look to alternative ways to balance this hike. Automation in fast food restaurants already exists in many locations and will likely increase across the nation and delve into more industries — especially since the “Fight for $15” campaign is now reaching into more states like New Jersey, Illinois, Michigan and Oregon.

Perhaps the compromise in New York highlights the best solution to the problem: variations of state wages by region.

Is it really necessary for someone living and working in Manhattan to have the same minimum wage as someone who is living and working in Watertown? Like California, New York has an abundance of varying political beliefs, preferences and lifestyles. And it’s not just upstate and downstate. The North Country, Southern tier, Capital Region, and central and western New York all have their different needs. If we can learn anything about this state’s economy, it’s that a one-size-fits-all system doesn’t apply in this state.

It’s one of the biggest double-edged swords in the political arena. Can we help all people make a living wage and help business owners at the same time? They rely on each other, they both need each other to survive. A system must be devised that benefits both, or quite frankly, it will benefit neither.

Cigarettes After Sex: Fresh Music Friday
To Stay or Not to Stay on ‘The Path’
To Top