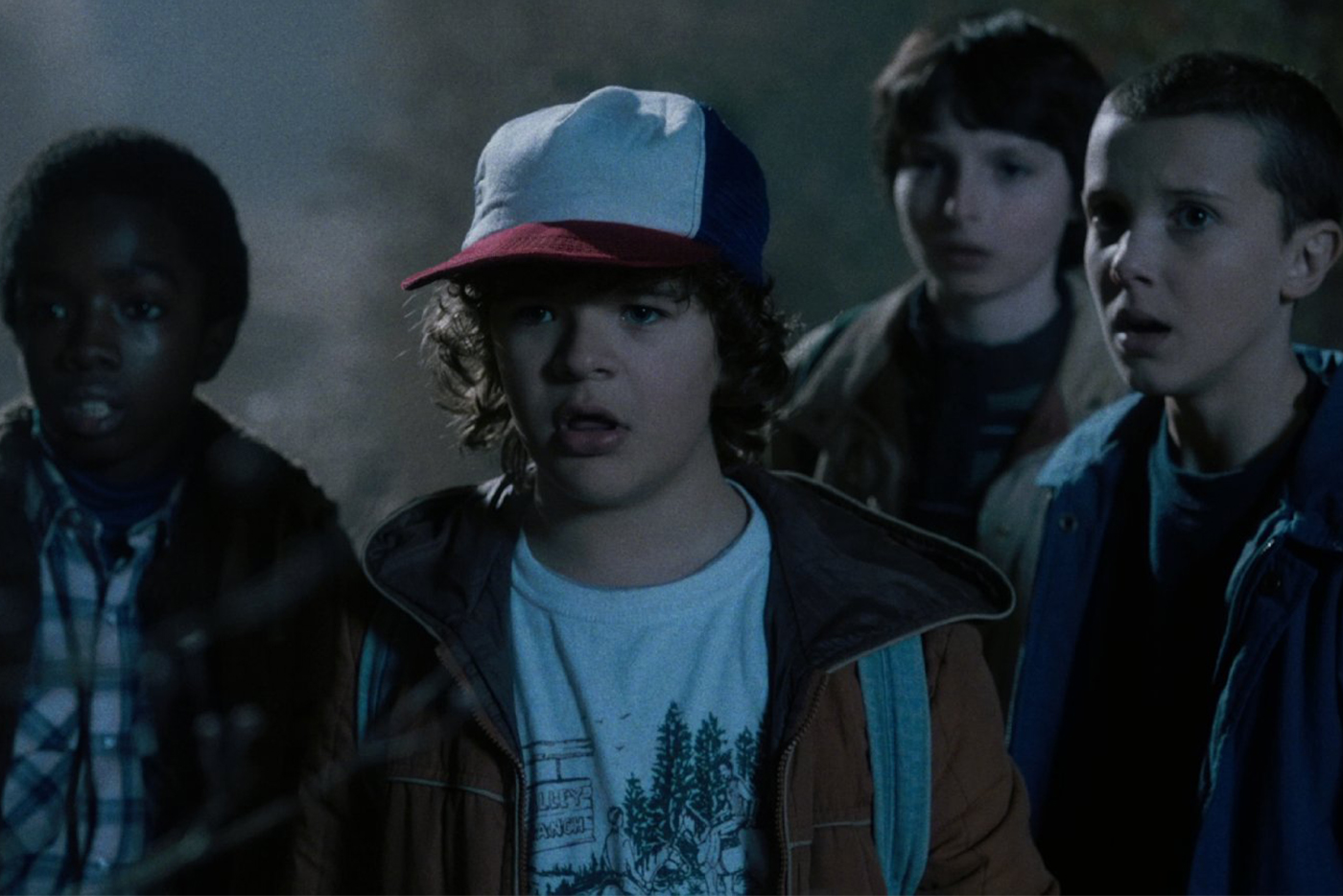 Netflix’s newest hit shows take us back in time.

It’s fair to say that Netflix has mastered the art of bingeworthy TV. Ask almost anyone who watches a lot of TV and they’ll recount entire weekends lost inside Litchfield Penitentiary, peering over Frank Underwood’s shoulder, or playing armchair prosecutor and re-litigating the cases of Steven Avery and Brendan Dassey. But this summer, Netflix has outdone itself with two bingeable series that will keep you stuck to your couch with a new kind of glue: nostalgia.

Epic, action-packed and sensational movies often come out in the summer. We call them “popcorn movies” because they’re easy to devour like the popular cinema snack. We also call them “summer blockbusters” because they drop like bombs, exploding across our cultural consciousness and touching everyone we know.

The first blockbuster hit was Steven Spielberg’s Jaws (1975). Two years later came Star Wars and Close Encounters of the Third Kind (1977), followed by E.T. the Extra-Terrestrial (1982), Ghostbusters (1984), and Back to the Future (1985). The late 1970s and early 1980s were a Golden Age of science fiction; it’s fitting that the summer’s most talked-about TV series is made in the image of these classic films.

In mid-July, Netflix released Stranger Things, an eight-episode supernatural horror series about a band of adventurous sci-fi nerds who set out to look for their lost friend. Set in the 1983 in the fictional small town of Hawkins, Indiana, the story centers on three 12-year-old boys: Mike (Finn Wolfhard), Dustin (Gaten Matarazzo) and Lucas (Caleb McLaughlin). When their friend Will (Noah Schnapp) disappears under suspicious circumstances, they take it upon themselves to find him. Instead, they find a girl their own age, who doesn’t say much other than that her name is Eleven (Millie Bobby Brown). She’s odd and quiet, and when she gets stressed, she handles it — well, differently than most. Will’s mother Joyce (Winona Ryder) believes her son is speaking to her supernaturally. She teams up with the local Sheriff Jim Hopper (David Harbour) to investigate. Will’s quiet, nerdy older brother Jonathan (Charlie Heaton) develops a kinship with a popular girl and Mike’s older sister, Nancy (Natalia Dyer), after Nancy’s friend also disappears. Without giving too much away: things get weird.

Stranger Things pays dedicated homage to classic 80s films like Spielberg’s The Goonies and E.T., John Carpenter’s The Thing, and Rob Reiner’s Stand By Me (adapted from Stephen King’s 1982 novella The Body). The kids ride bikes around their town at night, play Dungeons and Dragons, feast on Eggo waffles, and carry Trapper Keepers to school. There are dozens of these visual references, and when you’re done, I invite you to explore them here and here. The Easter eggs are as fun as the show itself.

Netflix’s other trip down memory lane comes in the form of Baz Luhrmann’s (Romeo + Juliet, Moulin Rouge!) first foray into TV, The Get Down. Luhrmann’s fantastical style colors this sprawling tale of young artists at the dawn of hip-hop culture in the South Bronx in the late 1970s. Ezekiel (Justice Smith) is a teenager of half black, half Puerto Rican descent whose poetry skills earn him the attention of his English teacher and a chance to escape the cycle of poverty and violence that has plagued his family. But when he meets an amateur DJ and graffiti artist named Shaolin Fantastic (Shameik Moore), he learns that he might also use his skills to make a name for himself in his community. His friend and confidant, the talented Mylene (Herizen F. Guardiola), sings at her father’s church but dreams of being a disco star. Throughout the short six-episode season, they try to find their way toward their dreams and out of the Bronx.

The Get Down isn’t as rife with direct references as Stranger Things. In a way, it’s disjunct and hard to follow at first. A handful of stories are loosely connected through their participants and their ties to the times. A string of original footage from 1977, mixed with stylized new footage, keep the story tied to its history, as do appearances of recognizable names like Grandmaster Flash and DJ Kool Herc. But over the six episodes, what starts off as a collection of vignettes coheres into a distinctive, emotive coming-of-age story, not only about the kids, but about the South Bronx itself. By the end, I was grateful that another six episodes will be on their way to round out season one in 2017.

The best thing about both shows is the phenomenal ensembles of kid actors. It’s hard to assemble a great cast of kids — and make no mistake, this is the breakout role for every actor under the age of 18 on both shows. Usually, child actors can’t carry the weight of a nuanced story like adults can. But somehow, the creators of Stranger Things and The Get Down managed to find the best young actors in the business to tell compelling stories with skills that rival some of the best adult ensembles on TV right now. They embody the soul of 1970s and 1980s teenagerhood. Mike, Dustin, Lucas, and Will would be 45 years old today; their sense of adventure will feel familiar for anyone who was a pre-teen nerd in the 1980s, or who watched the blockbusters that canonized that experience. And anyone who was a high schooler or hip-hop denizen of the South Bronx in the late 1970s will see a piece of their life or a friend’s in Zeek, Mylene, Shaolin, Boo-Boo (Tremaine Brown Jr.), Ra-Ra (Skylan Brooks), and Dizzee (Jaden Smith). I can’t wait to see them all on the Emmy stage in 2017.

This is entertainment at its best, allowing us to momentarily inhabit a space that is both familiar and new; nostalgic and fresh. Plus, both shows offer stellar soundtracks so you can take those feelings with you as you cruise through your town on sunny days when the couch just isn’t the place to be.

All eight episodes of Stranger Things and the first six episodes of The Get Down are streaming on Netflix.