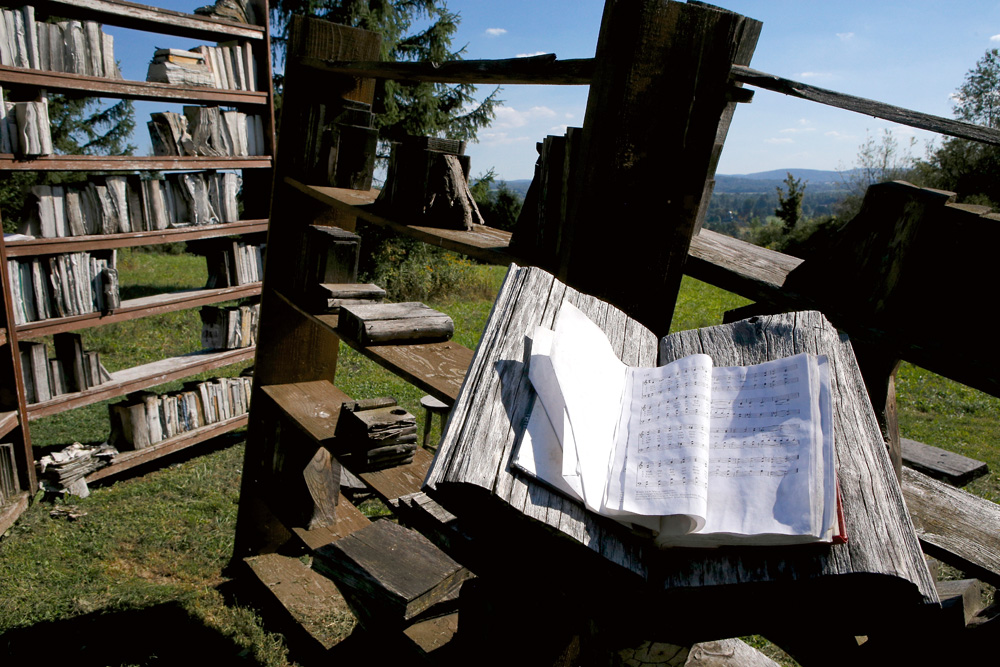 In 2014, Stone Quarry Hill Art Park was highlighted by National Geographic magazine as one of the 10 best sculpture parks in “Secret Journeys of a Lifetime: 500 of the World’s Best Hidden Travel Gems.” Yet the 104-acre park located in the rolling hills of Cazenovia is still something of a Central New York hidden treasure despite its worldwide acclaim.

While exploring the park’s grounds, allow your mind to wander, to decipher what’s real and what’s conjured from imagination. The two are purposefully blended, which was the vision of Stone Quarry founders Dorothy and Bob Riester. The craving for adventure is satisfied. Thoughts and emotions define experience. 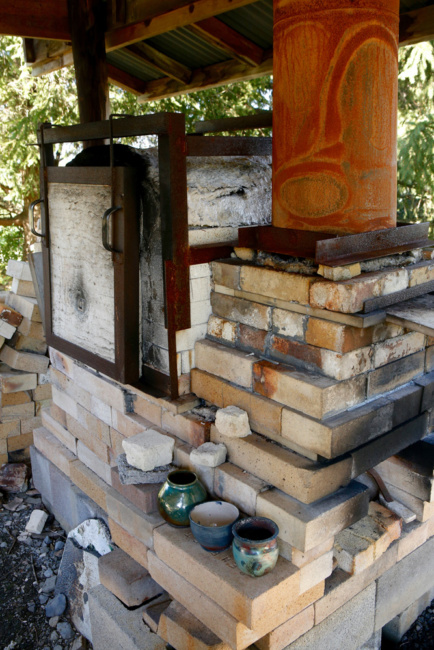 Stephen Brucker, visitor services and promotions coordinator for Stone Quarry Hill Art Park, guided a Syracuse New Times reporter during a recent visit. Brucker’s position is supported by New York State Council on the Arts, with the support of Governor Andrew M. Cuomo and the New York State Legislature. The tour began in the offices, which have a quasi cabin-in-the-woods appeal, then moved to the artist-in-residence living quarters before venturing up the stone pathway toward the Riester home.

Part of the evolution of the grounds, after its incorporation as an art park in 1991, was to share space as an inspirational laboratory for local, national and international artists. Stone Quarry houses six artists-in-residence each year for six-week increments. Up the hill, in the art barn and garage, artists are welcome to rent space, perform demonstrations and showcase their artworks during and after their completion.

The “Third Iteration” installation bends along the driveway in Tim Burton-esque fashion, stretching a quarter-mile in length along the path to the house on the hill. It’s composed of a series of looming triangular arcs. Faded green and unraveling flags wrap around one of the 30-foot-long recycled lamppost legs of each segment.

“Contemplating Man,” one of Dorothy Riester’s creations, stands atop the hill and looks over the land with hands in pockets. Despite being a great listener, he’ll offer silence instead of answers.

The Stone Quarry concept was put into motion in 1958, when the Riesters admired this special nook of Madison County and purchased 23 acres. The Riester home was built in the early 1960s as a summer residence, although the couple continued to buy surrounding acres through the years. (Riester will celebrate her centennial birthday later this year.)

Across the driveway is an A-frame facility, containing a workspace for artists. The art barn, a laboratory-like garage, accommodates various mediums of expression.

“The goal of Dorothy Riester was to bring nature indoors and the artist into nature,” said Brucker, an artist himself. Activities within nature — hiking, meditating, reading — can influence a piece.

Upon entering the earthy home, visitors will have to step down. Brucker said that the supporting beams were too big and low, and it was easy for Bob Riester to bump his head. Digging down inches solved the problem instead of reconfiguring the ceiling and walls. When strolling into the den, note the familiar musty smell reminiscent of any grandparents’ home; it’s also important to check out the fireplace hood Dorothy had to build three times.

After climbing the staircase, which did not have risers — Dorothy said they impeded the ability to look through the space, so they were removed — the tour led to the couple’s bedroom. The strategically centered window is the perfect perch from which to see Cazenovia and Oneida lakes in the same frame. 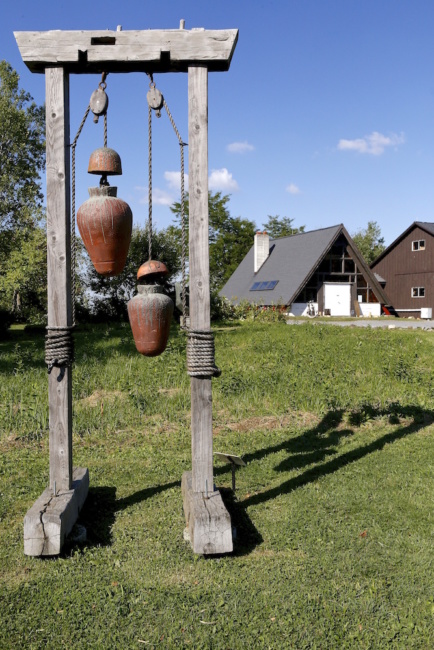 The first floor’s bird’s nest-shaped library, complete with packed bookshelves, continues to serve as a creative and interactive space. There aren’t any electronic gadgets aside from an old radio. There is a piano, which she didn’t play, and so temptations for distraction are limited.

The windows are set higher on the walls. This prevents anyone relaxing in the space from noticing possible distractions, such as humans or creatures walking by.

Tours of the Riester home are available upon request at Stone Quarry, which is open year-round (call 655-3196 for details). Yet there are plenty of other activities to enjoy as well, such as yoga, art demonstrations and workshops. Children’s camps take place during the summer, and snowshoeing can be enjoyed in the winter.

Brucker’s tour continued on the Vista Trail, beginning with “Threshold” by Takafumi Ide, which is a white outline of the artist’s steps and a front door to his Brooklyn brownstone. Climbing the steps to ring the bell is discouraged. The piece is wired to accommodate a motion-detector light bulb.

Meander through the trees with silver badges, each bearing one verb. Walking further on the trail there is a horse climbing out of the ground, and it’s wearing an expression of panic. From its chest protrudes two small hands, and one is holding the beast’s heart. No, this is not Atreyu encouraging and pulling Artax to get through the Swamp of Sadness, but a tale of love in itself.

There is a face that stretches from a rock in a similar fashion to Freddy Kreuger, while another man has his face buried in the pages of an oversized book. Whether the hardcover fell on top of him or came alive for a facial attack is unclear.

Enter the “Garden of Reading,” which features one of the park’s more popular pieces of art, “Stacks” by David Harper. It shows the evolution of art being taken from nature. Or is it retreating back to nature? From a log sprout shelves and books, which also evolve from blocks lacking detail to shaped books.

“We’re not sure how long this is going to last,” said Brucker, pointing out that the natural decay of the wood can also be a hazard. “Some people feel the need to interact with our art.” He said that interaction is important, but protecting the art and the safety of a person are important. To help keep the exhibit alive, people have added books and sheet music to the piece.

As Stone Quarry celebrates its silver anniversary, the land can rest easy due to having a long lifespan. “The Conservation Easement is with Cazenovia Preservation Foundation and New York State with the town,” stated Brucker. There isn’t a guarantee this land will forever be dedicated or housing an art park, yet because of the Riesters’ efforts their entire property will remain protected even if the sculptures are removed.

Of course, who would want that to happen? The outdoor adventuring can generate comfort simply from feeling lost. If Stone Quarry Hill Art Park feels like a whole new world, imagine what else is out there.