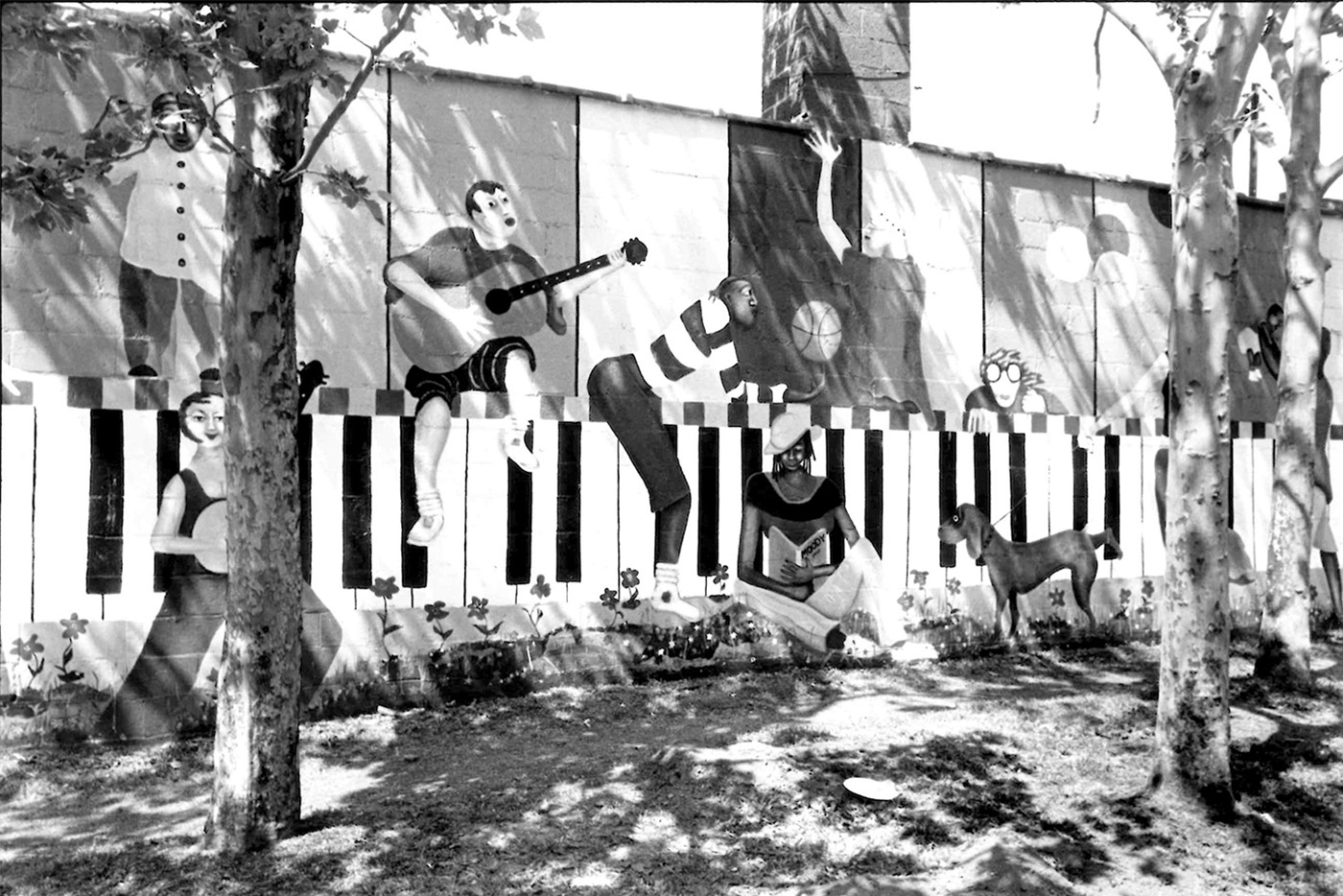 The mural on the wall at the corner of Westcott and South Beech streets depicts neighborhood residents, including a man with a baby, a woman walking a dog and the late Tony DeLuca, longtime proprietor of Abdo’s Grocery Store. It also showcases the artistic skills of Michael Moody who died Feb. 28 at age 66. He’s mourned by his family, by people in the Westcott Nation neighborhood where he lived most of his life, and throughout Syracuse’s arts community. 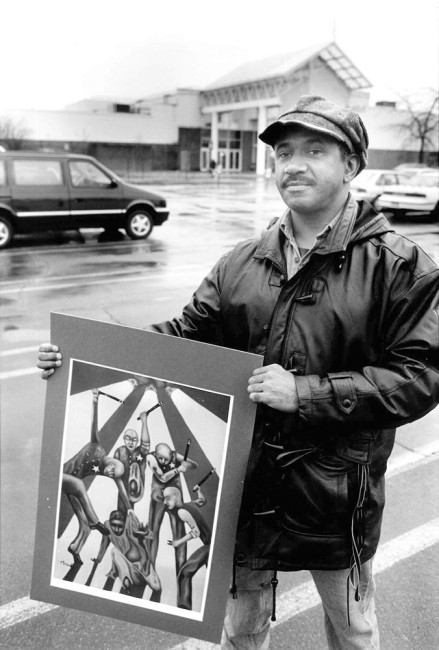 Moody took part in numerous exhibitions, at venues such as the Community Folk Art Center, Onondaga Community College and the Syracuse Tech Garden. He also showed his work at the Plowshares Crafts Fair and Peace Festival, staged the first weekend of every December, and at the Westcott Street Cultural Fair, where he typically set up his booth just a foot away from the mural he painted during 1997. And he traveled out of town for the Black Arts Festival in Atlanta and the Black Arts Expo in Philadelphia.

At all those sites, he displayed what he called “Moodyart,” a body of work not easily summarized. When he portrayed a blues musician, he included a standard-issue guitar, but dressed the musician in a tunic made of geometric forms, triangles and other shapes bathed in bright colors. Moody’s portrayal of a trombonist emphasized the physicality of playing the instrument. In a different type of work, he placed 10 people in a room, combining small figures, eye-popping color and a visual hook.

His most distinctive pieces put ordinary people into otherworldly landscapes. In one work, two people walk down a path and encounter creatures not of this earth. In a second artwork, humans end up light years away from our planet. There Moody wasn’t creating a science-fiction narrative; he was letting his imagination take its course.

Although his oils and acrylics didn’t often focus on current events, he did create a painting referencing Rodney King’s beating by members of the California Highway Patrol.

During gallery receptions and festivals, he liked to discuss his work, pieces created by other artists and challenges faced by emerging artists. During those conversations, he stressed one imperative: Find and sustain your own vision. That’s a principle that guided his artistic career for more than 25 years.

The late Michael Moody’s mural, found on the wall at the corner of Westcott and South Beech streets.