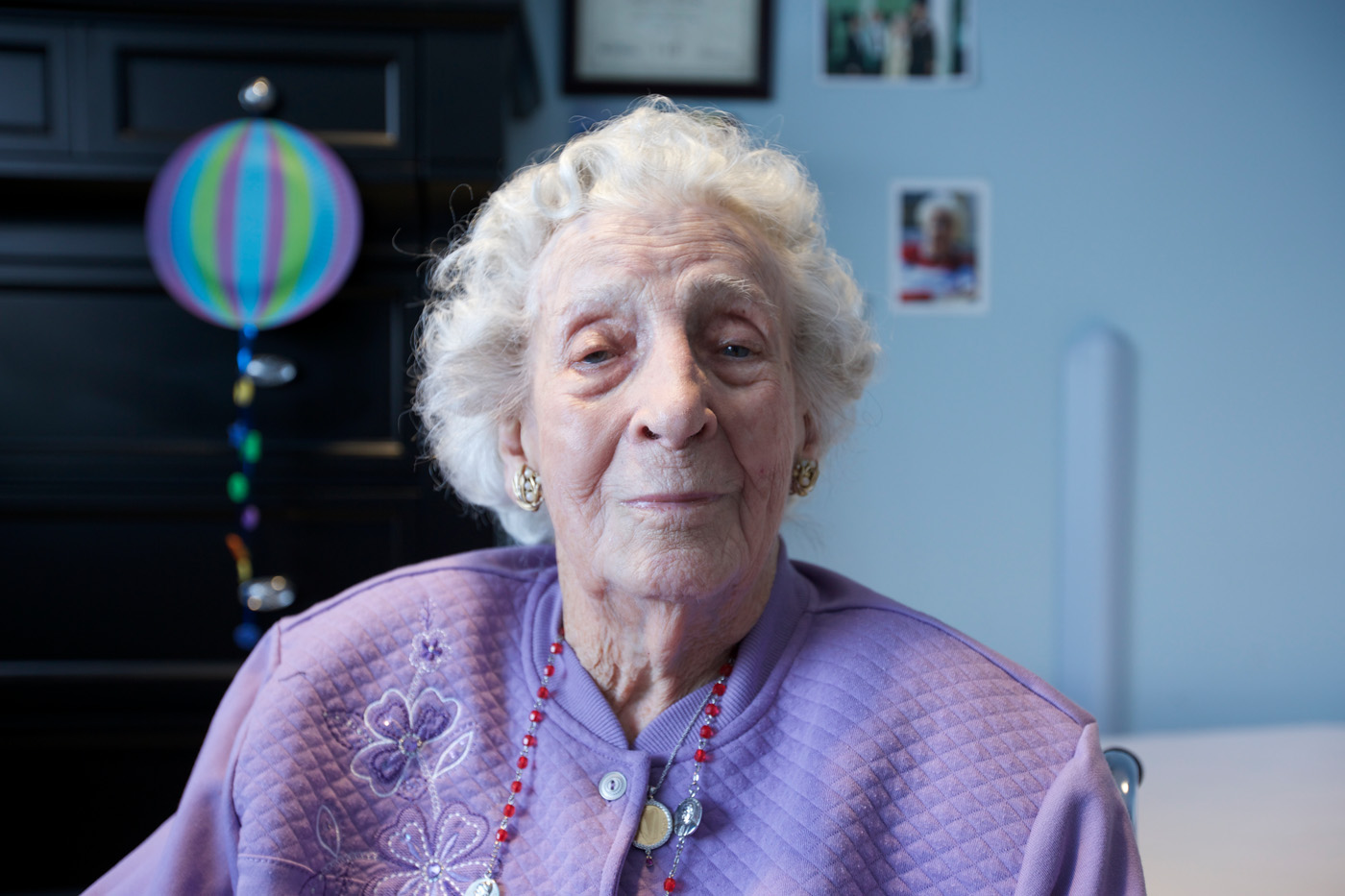 “Older Than Ireland” gives showcases those who have lived longer than a century.

Categorizing Older Than Ireland as a documentary may be questionable. Yes, there are 30 Irish centenarians featured in the 80-minute film, recounting aspects of their long lives that should be illuminating for audience members, since the majority of us were not born in Ireland or before the Easter Rising of 1916.

Director Alex Fegan’s film is more of a conversation, however, with 100-plus-year-olds who are also incredibly independent. Experiences, personalities and life in a different country may differ, but the humanistic qualities — love, first kisses, coping with death and reflecting on their first pair of shoes — weave strings of familiarity, blurring age gaps and cultural borders.

Among the centennials chronicled in the film, no matter the age, the consensus is that a birthday is just another birthday. The emphasis is a posed question: Does age really matter, and should a number be a catalyst of anxiety?

The mannerisms say otherwise. Bessie Nolan, 103, is often featured with a cigarette. Nolan, whose humor is consistently as dry as a Central New Yorker’s skin on an early February morning, said that everyone should die at 70.

Other centennials include Michael O’Connor, 101, who sits casually in his Volkswagen Jetta. Una Reid, 100, is interviewed while getting her hair done. Jackie O’Sullivan, 102, is dressed to the nines, while Jimmy Barry, 103, sits with shades on, but both are definitively casual and cool.

Syracuse’s Kathleen Snavely, 113 years young at the time the cameras rolled (she died last July), nonchalantly explained there really isn’t a secret to living a long life. “I get sick of it,” she said. “How did you do it? I did.”

Snavely also talked about heading to New York City and essentially not being able to look back due to starting a new life. For those who have seen the recent movie Brooklyn or other films on Irish immigration, Older Than Ireland illustrates the difficulties of relocation and its strain on families.

Life does not get any easier with aging. Luke Dolan, 108, is the film’s only bedridden centennial. Despite physical independence, other societal weights fall on the shoulders and mind of any person and at any age. One downside is loneliness, since their friends and families have all passed on.

Cast members recall falling in love and missing their partners, because through death they did part. Not all memories were love-focused. Explanations of relationships highlighted strain, and some of the jabs, which could possibly be taken as humor, served as a reminder that not all relationships are blissful. Yet there was also positive reinforcement: Nothing, a relationship or otherwise, will pan out unless patience and work are put into it.

Older Than Ireland serves as a constant reminder to respect one’s elders: Their aspects of life experience cannot be contained (or omitted) from history books. These are not our grandparents or great-grandparents sitting us down to teach us a lesson. They are people who remind us through their experiences, saying we should be taking care of ourselves and–as cliché as it is–living each day as if it could be our last.

Older Than Ireland will screen Thursday, March 24, 7 p.m., at Eastwood’s Palace Theatre, 2384 James St., followed by a question-answer session. Admission is $10, with $35 tickets available for the film and VIP after-party. Call 463-9240 or visit palaceonjames.com.

Cause and Effect
Mourning Michael Moody
To Top