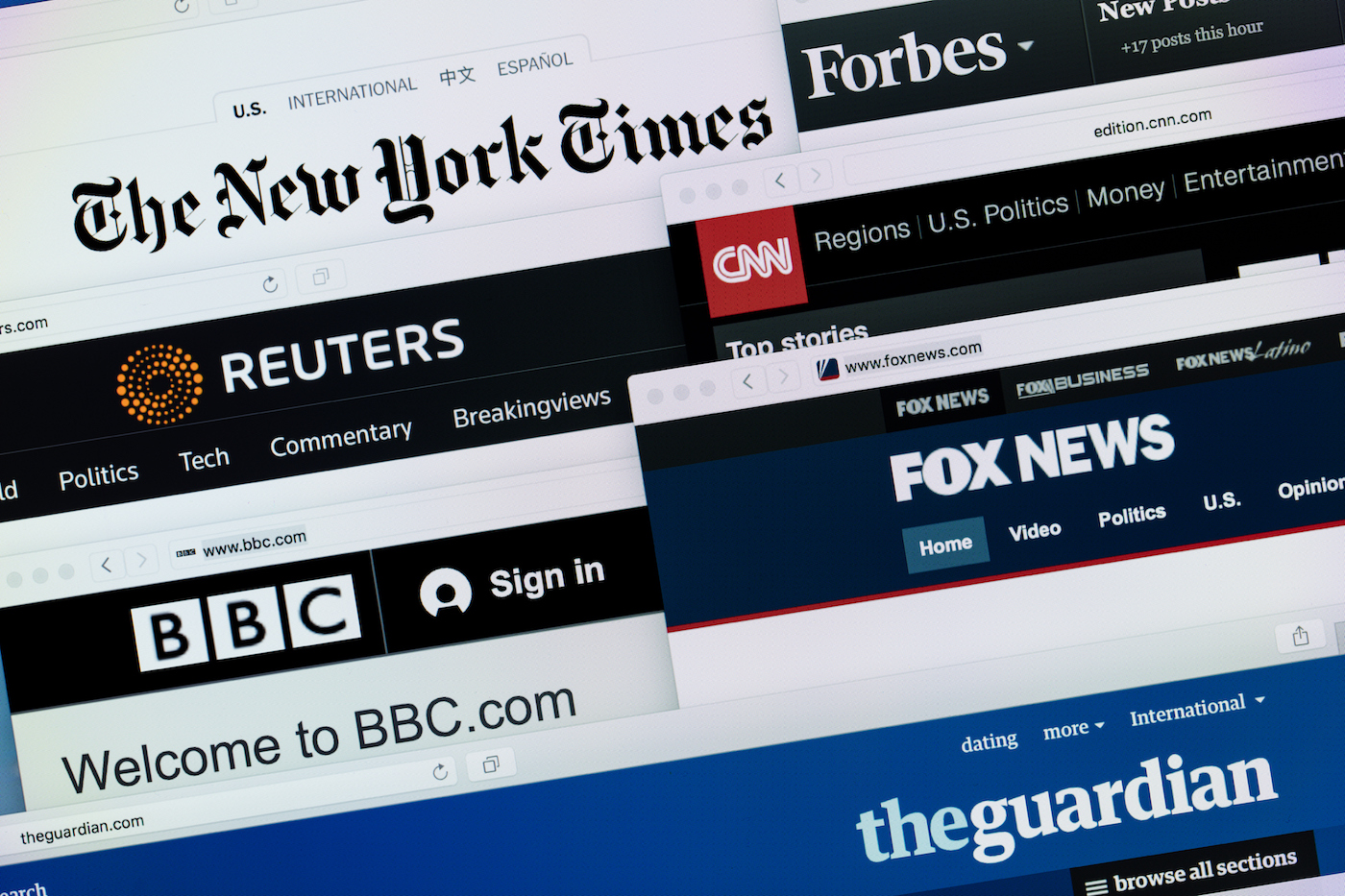 The press isn’t doing enough to curb the president’s claims of fake news.

Over the weekend, all mainstream media outlets were reporting that President Donald Trump now has a 36 percent job approval rating, according to an ABC News/Washington Post poll. It was the lowest rating of any president during their first six months in office dating back 70 years. As historically low as that is, Trump is still more popular than the media outlets that reported those ratings.

Trump’s constant hostile behavior toward the press is religiously condemned by journalists and news offices big and small across the country. And it should be. But aside from editorials touting themselves as the fourth estate, those journalists and news offices have also done little to win back the trust of the American people that has been waning for decades. And in some cases, they only end up enforcing the idea that the media is only out to get Trump and bring him down. They are essentially proving him right, on accident.

That’s how the president was able to tweet out a video of a WWE’s Wrestlemania 23 that was edited to show Trump beating up WWE Chairman Vince McMahon with CNN’s logo on his face. Sent from both his personal and official White House Twitter accounts, it was one of the president’s most-shared and most-retweeted posts ever.

CNN has been Trump’s favorite media punching bag lately amid the fallout of an embarrassing incident where the network had to retract a story related to the investigation of Russia’s meddling in the presidential election. An article on CNN’s website reported that Congress was investigating a “Russian investment fund with ties to Trump officials,” which cited a single anonymous source. The story was taken off the website and three journalists, including the executive editor in charge of a new investigative unit, resigned.

Trump ally Anthony Scaramucci, who was the subject of the story, tweeted the next day “CNN did the right thing. Classy move. Apology accepted. Everyone makes mistakes. Moving on.”

But not everyone was as gracious. Trump burned CNN on Twitter for the story and conservative commentators like Fox News’ Sean Hannity went wild with it, adding yet another monologue about what he regularly calls “the destroy Trump media.”

This time it wasn’t Trump himself lashing out at MSNBC anchors or sharing conspiracy theories that he read in The National Inquirer. This is a mainstream media wound of their own doing, one that just gives Trump and his supporters more traction when they shout “fake news!” when a story unfavorable to the president is reported on in the future.

CNN credited the error to breakdown in standard editorial processes. Stories like those are usually reviewed by several departments, including fact-checkers, journalism standards experts and lawyers. And in this case, that reviewing process wasn’t executed properly.

The network can talk about its editorial processes all it wants to, but those who aren’t in the field of journalism are less likely to be forgiving. And CNN and other media outlets can tout themselves as martyrs of the First Amendment all they want to, but major mistakes like this one make people more likely to feed into Trump’s argument that the press is dishonest and bias.

And unless serious change comes for the business, more mistakes like that will be made, especially if the industry continues to demand more with fewer people, further eroding public confidence in them.

We’re setting ourselves up for that. Just recently, employees at The New York Times staged an office walkout after the company announced it would be significantly cutting the number of copy editors from its staff. Those employees understand that it is going to be incredibly difficult — dare I say impossible — to maintain the stellar editing process the Times has with so fewer people to review and scrutinize content.

The real danger here — and we’ve already seen it to some extent — is the day when the “destroy Trump media” gets it wrong so often that democracy-shifting and legitimate news stories about Trump or any other member of government are simply ignored by the public at large. For instance, the missteps by organizations like CNN have greatly damaged the coverage of the Russia investigation. And now we have the son of a former presidential candidate who at least entertained the idea of collusion with a hostile foreign power, which is a big deal, yet so many people are convinced it’s just more propaganda by fake news.

Journalists like to preach about the importance of a free press and its place in our republic. But that sacred constitutional right is only valuable if that same free press is trusted by those it was designed to protect.

And right now, it’s not.