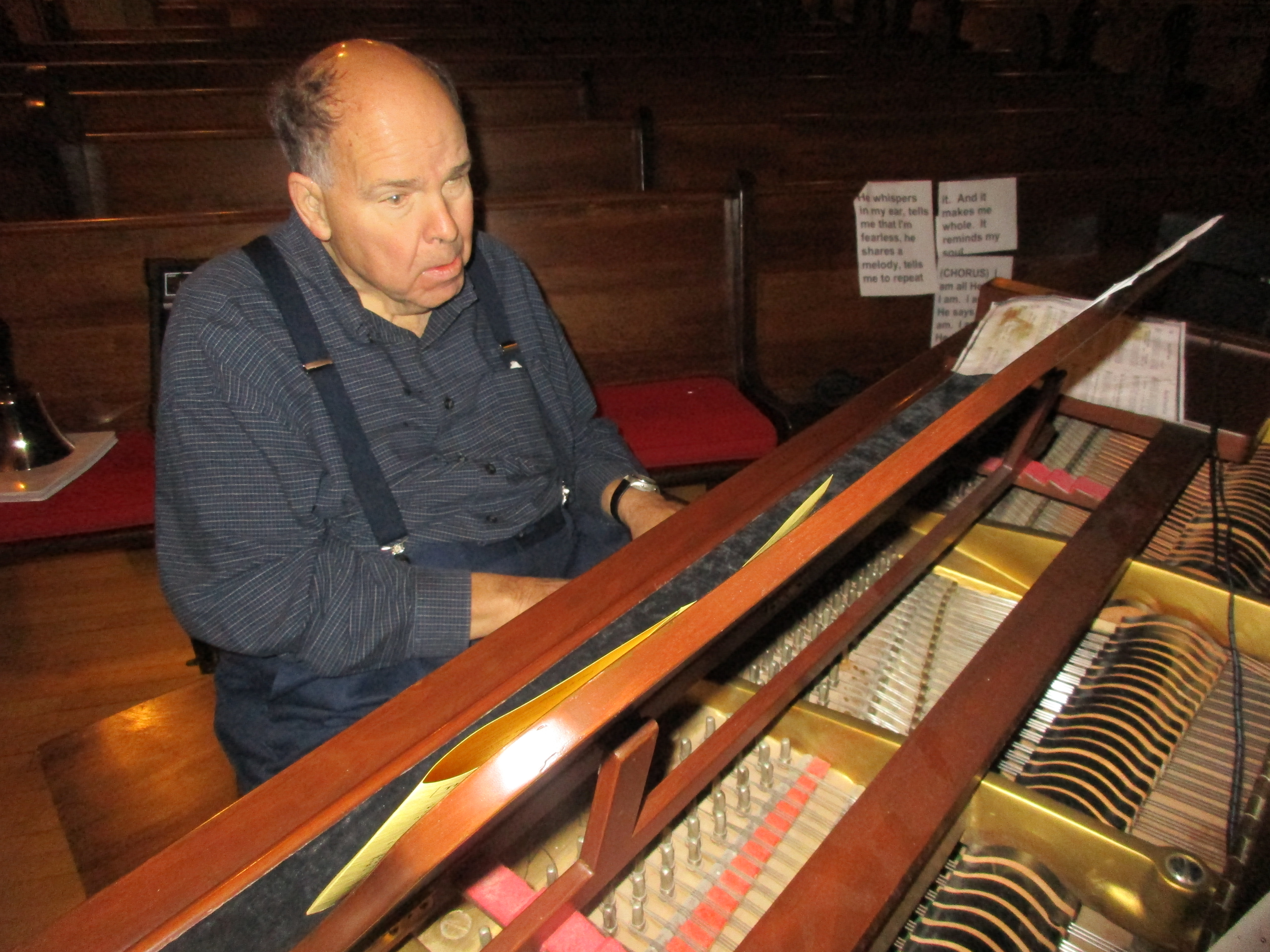 A lifetime of blindness has never kept Sukosh Fearon from becoming one of the most well-loved musicians in Central New York, or walking the streets of Oneida to and from his job at the local bank, or even hitchhiking on his own all the way across the state.

Now his friends and fans are expecting his recent cancer diagnosis won’t hold him back much, either. The singer-keyboardist will be honored with “A Day of Music With Sukosh Fearon,” which takes place Sunday, Dec. 17, 1 to 5 p.m., at the Rusty Rail Party House, 3231 Seneca Turnpike, Canastota.

Fearon himself is planning to start the festivities with a few solo songs, and then his current group Handpicked will take the stage. There will also be a reunion of the surviving members of his first-ever band, Savannah, and more music from other groups. There are more than 40 individual musicians already confirmed to play during the party.

Fearon, whose given name was Robert Henry Fearon III, has always been known as Sukosh because it is the moniker given him by the nurses at the Japanese hospital where he was born in 1953. He was two months premature and weighed barely a few pounds. The hospital staff called him “Sukoshi,” meaning “little one” in Japanese. As he grew up, he shortened that to Sukosh because he felt Sukoshi wasn’t really to his liking, he said.

Fearon attended the New York State School for the Blind in Batavia, where he started taking piano lessons. He admitted he never liked reading the Braille sheet music, so he developed his talents to be able to hear a musical passage a few times and then duplicate it.

He said the school gave him the chance to make lifelong friendships, with a family feeling of becoming as close as brothers and sisters with the other blind and sight-impaired kids there. Many of those friendships have lasted to this day. Fearon said he is expecting some of his School for the Blind pals to attend the party.

He came home to go to Oneida High School for his junior and senior years, graduating in the class of 1972. He then majored in radio and television broadcasting at the Newhouse School at Syracuse University, graduating in 1979. Fearon worked at WAER radio station, starting his announcing career under the professional alias of “Sukosh Lanier.” He also worked many years with Jim McVicker, the Singing Mailman, and has even performed and recorded with Americana folk legend Pete Seeger.

The cancer diagnosis was a surprise to Fearon and his wife, Pat. In the late summer, he began to feel increasing pain, but he attributed it to a change in medications he was taking. Feeling that nothing was really wrong, he even visited his parents, Robert and Ada May Fearon, in Florida. But then he found that he had lost 50 pounds. A CAT scan in October revealed the cancer.

Fearon has since adjusted his diet to the condition, finding clementine oranges really help take away the pain, he said. Keeping up with work at NBT Bank, where he has been since the days when it was Oneida Valley National Bank, is a big part of his own personal therapy. Likewise, so is listening to music.

“I’m feeling pretty good, and even when I don’t, I work through it,” he said as he munched on a clementine.

Walking the streets of his Oneida hometown is now just a small feat for Fearon, who has hitchhiked across New York state, something that even a sighted person might be leery to try. It was on one of those trips, as he was along the Interstate 81 roadway heading toward the Thousand Islands, where he met the man who introduced him to Pat. Fearon was actually picked up by her late husband Lyle Malbouf, and taken to the Malbouf home for one of Pat’s dinners before being delivered to his destination. Malbouf passed away in 1992.

Perhaps by destiny, Fearon arrived to play a Savannah gig in a taxi in 1994. Pat was there collecting tickets at the door. Fearon sat with her, and then she gave him a lift back to his house. The couple married on Sept. 16, 2000.

“She’s my darlin’ darlin,’” Fearon is fond of saying.

Now he is looking forward to spending a fun afternoon playing alongside his musical friends. “I am getting psyched,” he said. “I want the endorphins to flow and for everybody to have a good time. It will be great to see so many of my friends from all over the state.”

Tickets to “A Day of Music With Sukosh Fearon” are $15, including a buffet dinner. They are sold only in advance by emailing [email protected]. Musicians who would like to participate should call (315) 877-2499. The deadline for both ticket sales and joining the musical lineup is Monday, Dec. 11.