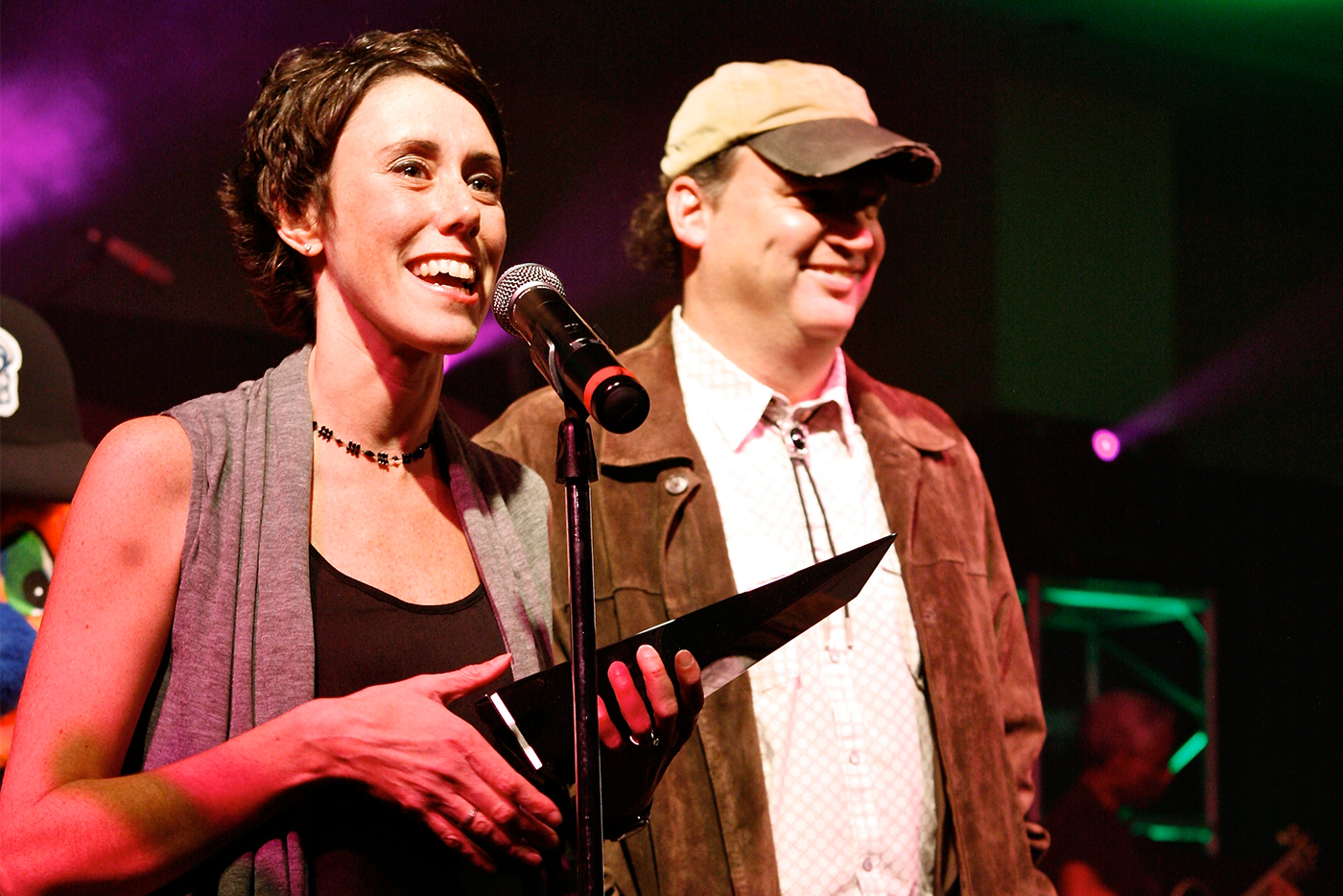 The songs blend, as many tempos fall into similar patterns, yet it’s the small details that make the tunes so charming. “Up One Side of the Mountain” shows off a soulful Henesey, who never misses a note as lead vocalist, while numbers that emphasize sweet fiddle and honking accordion bring different flavors to the table. The songs, most are written by Zacholl (exceptions are “Hop High My Lulu Girl” and “Country Pie”), keep true to the band’s rootsy base. As they sing about old-timey themes like grandma’s house, old barns and daddy ramblers, the genre is unmistakable. It’s all finger-pickin’, thick harmonies and bouncing bass on this disc.

“I Miss That Old Barn” has a melancholy feel, like a bluegrass version of “By My Side” from Godspell, with Zacholl and Henesey singing, “Finding ways to get it together/ Times are tough, but they’re gettin’ better/ Like Fort Steele and red hot embers/ I walk these fields tryin’ to remember/ Long days, nights are longer/ What don’t kill you will make you stronger.” While much of the album is upbeat and light, this thoughtful closing track gives the listener something to chew on until the next spin through.

Bob Holz. Visions & Friends (MVDaudio). This local jazz drummer released his latest effort at Funk ’N Waffles Downtown on Dec. 1, as Holz lured a stacked band with names like Ralphe Armstrong (Frank Zappa, Aretha Franklin) and Chet Catallo (Spyro Gyra) to perform with him on the stage. The disc is heavy on star power, too, with major players including trumpeter Randy Brecker and guitarist Larry Coryell gracing the credits, much like Holz’s previous release A Vision Forward.

The CD’s smooth fusion offers excellent instrumentalists showcasing their chops at every turn. The bass solo at the end of “One Breath Two Hearts” is a grabber and Billy Steinway’s keyboards on “Five Times the Winner” are a flashback to Return to Forever. Brecker’s trumpet blazes a path through “Flat Out” and “For the One,” Coryell proves he’s still got it on seven different tracks and Holz provides a backbone through changing tempos and feels.

The album is packed with powerful players, with the songs “Rodrigo Reflections” and “One Breath Two Hearts” especially engaging and beautiful. However, others could benefit from stronger central themes or hooks to bring the listener back to a cohesive thought or emotion. It’s clear Holz has plenty to say with his frequent releases; it’s all about hearing the message. For more information, visit bobholzband.com.

Jon Peterson. Not Paying Attention (independent). Jon Peterson is a songwriter through and through, strumming guitar and singing thoughtful lyrics. But his clever use of texture, instrumentation and style makes his album even more exciting.

The impressive list of musicians on the disc includes Jacob Peterson on cello, saxophonist Sam Meyer, Donna Dennihy on vocals, drummer Christopher Ramsden, Jimmy Drancsak on fiddle and members of his band, Edgy Folk. But the long list doesn’t mean that Peterson slacks: He contributes vocal, guitars, mandolin, dobro, banjitar, bass and percussion, as well as writing all of the songs. Peterson even engineered, produced, mixed and mastered the album, a hefty feat.

“Stronger” is beautifully melancholy, “Be Around” is an instant favorite with its memorable guitar lines shaping the tune and “Sleeping in the Sand” is a lilting lullaby featuring singing guitar and rich fiddle. And check out the lyrics for “Chives (Don’t You Wait)” are more than light hearted: “Oh, I’m liking the vibe/ Let’s put some chives on our potatoes/ Don’t you wait until tomorrow.” The juxtaposition of striking, insightful songs alongside tunes celebrating starch keeps the album even more engaging.

The final track, “I Won’t Forget” was written by Peterson for the Acoustic Guitar Project, an initiative that sees an acoustic guitar pass through the hands of all kinds of acoustic songwriters in Central New York. They write a song using the guitar, sign it and pass it along, eventually sharing the songs together. According to Peterson’s composition, “You are the reason I write love songs/ I don’t write songs of regret/ I write songs that remind me of you/ You are the one I won’t forget.” The sparseness of the tune amplifies the words, making for a fitting end to an album that hits a wide range of emotions and thoughts.

Could an R-rated ‘Star Wars’ Ever Be Successful? ‘Rogue One’ May Hold the Answers
Hop On Pop
To Top