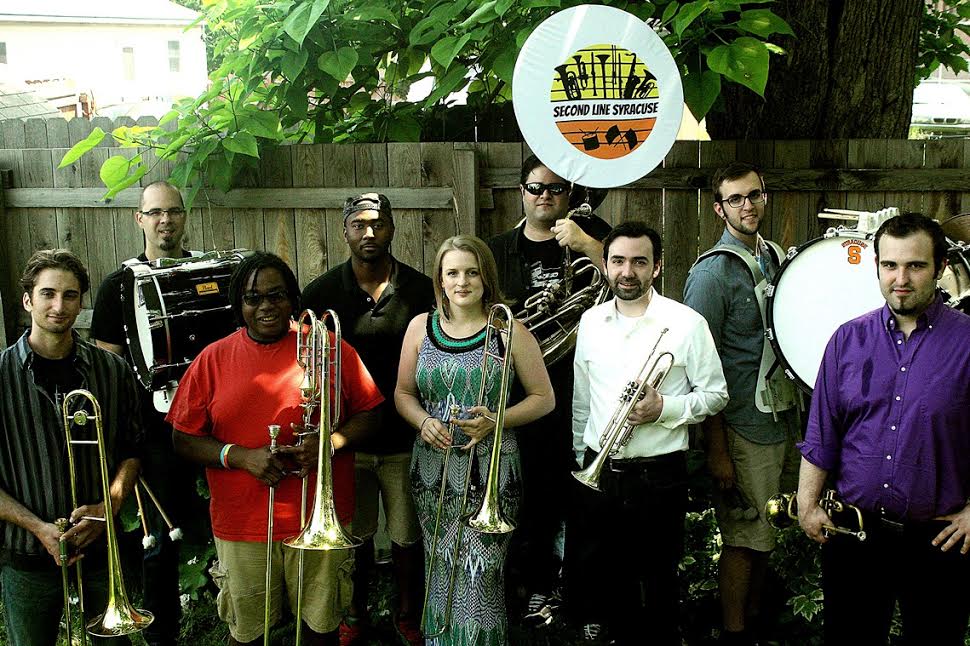 Since 2012, Chris James and Mama G (Anna Gustafson) have delivered their version of bluegrass, known as swamp grass: high-energy songs that maintain an old-time vibe. Their first album puts it on full display, keeping a raw element to the music and showing off their true chops. The disc captures the duo’s live show beautifully, which speaks to their tight harmonies and instrumentals.

The songs, all written by James, burst open with “Highest Meadows,” a tune with flying lyrics that they throw out with ease: “There’s something left and I’m gonna take it/ climb the mountain and live butt naked/ buy me a home in the highest meadows/ safe away from those nasty fellows.” Employing a similar tempo, “Bad Boy” and “Accidentally” bump along with that familiar bluegrass chunk. “Homestead Wings” has harmonies reminiscent of the Allman Brothers’ “Midnight Rider,” while Gustafson and James show off on their respective axes, mandolin and guitar, for “Fight Worth Being Won.” “Without Love” showcases James’ lyrical sensitivity and “Settle For More” combines long vocal lines with intricate instrumentals for an engaging juxtaposition.

The album — recorded, mixed and mastered by Josh Russell at Sprung House Studios — impressively captures what the duo has honed for four years; you can tell it wasn’t overly produced, then taken apart and put back together. The CD’s endearing liner notes also prove how important their musical family has become to the tunes themselves. James and Gustafson won’t let their brothers and sisters down with this disc. For more information, visit facebook.com/ChrisJamesMamaG.

Although it’s the fourth track on Souvenir, “Grass for Your Pillow” is the type of song that gets stuck in your head with its beautifully delicate harmonies: “Grass for your pillow/ leaves for your bed/ stars for your cover/ a dream for your head/ I’m staying home/ until the seasons change/ and snow turns into rain./ And we’ve been wandering for years/ looking to lay down straight lines/ there’s no use crying any tears/ no sense remembering our time.”

The band’s members — including Jim O’Connor on drums and percussion, Ben Alexander on guitar and vocals and Leif Olsen on vocals, guitars, bass and harmonica– are joined by vocalist Liz Strodel on “Grass for Your Pillow,” making the middle of the disc like the cream in the Oreo cookie.

Most of the songs were recorded and mixed at More Sound Studio with Andrew Greacen (“The Philosopher” was done at SubCat Studios), and those tracks offer the right combination of intelligent lyrics, mellow vibes and laid-back vocals, all making for easy listening. For more information, visit facebook.com/coffeeandbeertheband.

Formed in summer 2015 after winning a grant from Salt City Dishes, Second Line Syracuse works a genre that has been popularized in recent years by acts such as Trombone Shorty, as they mix modern and traditional New Orleans-style brass band music with touches of jazz, funk and hip-hop. Guided by multitalented trombonist-vocalist Melissa Gardiner, the unit nabbed a prime spot at last summer’s Syracuse M&T Jazz Fest, and they prove why they earned that booking with this disc.

New interpretations of songs like Jason Derulo’s “Trumpets” and a jazzed-up take on the Rolling Stones’ “It’s All Over Now” are easy favorites, although Gardiner’s originals stand strong among the covers. “Funky Duck” (Vulfpeck) is wildly infectious, and so is her own “Ditty Bop,” with “Ode to Fela” serving as a brilliant tribute to Nigerian musician and composer Fela Kuti. “Second Solstice,” another Gardiner original, mixes just the right groove with popping horns. This album is a breath of fresh air and hopefully not the last from this rising band. For more information, visit secondlinesyracuse.com.