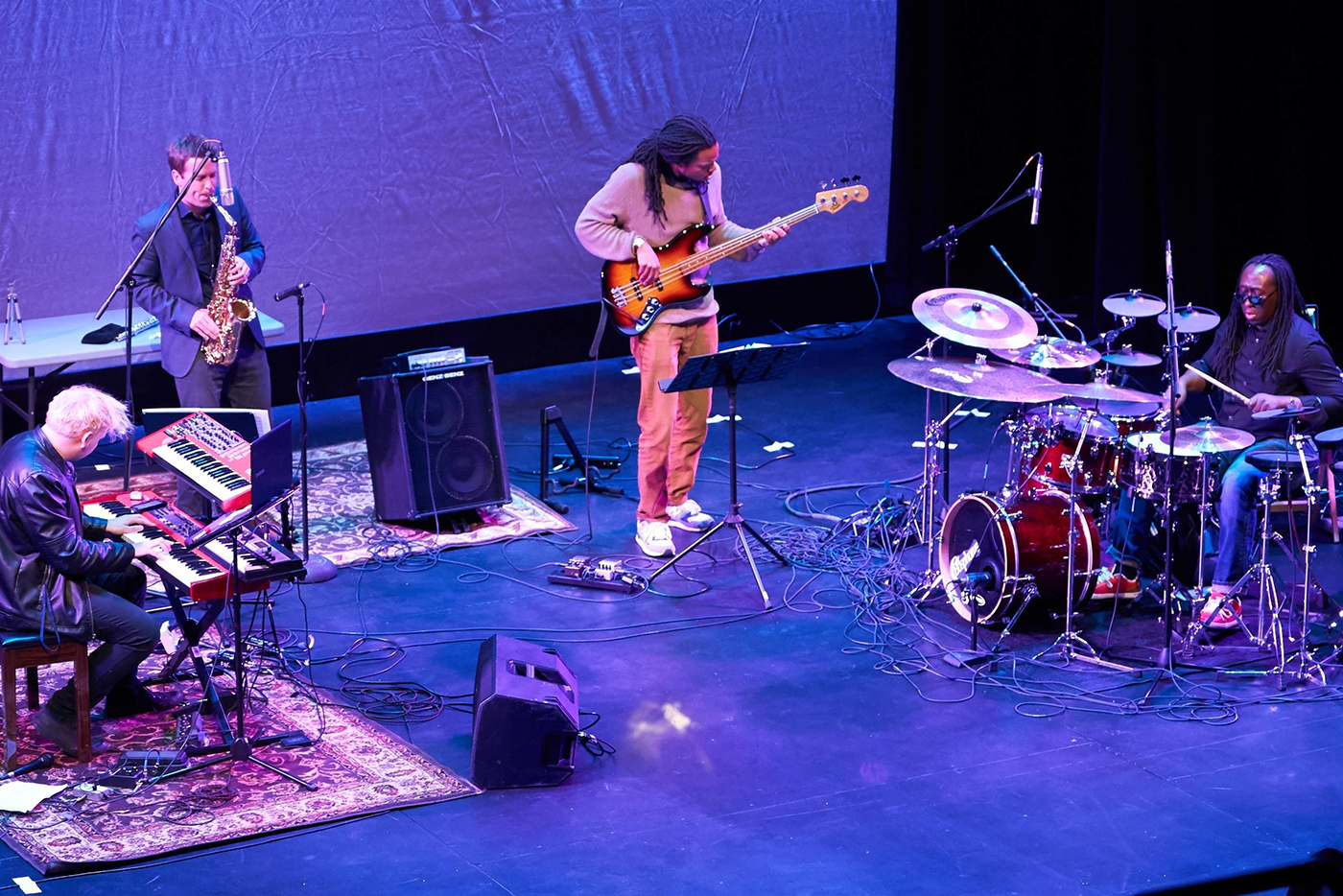 The most interesting music is often the most difficult to define. Gigantosaurus Rex eludes genre labels and classifications, creating their own brand of groove-slash-electronic-slash-dub-slash-other. Hailing from Rochester, “G-Rex” has been together for nearly a year. The trio performed at Le Moyne College last fall, and drummer Sean Jefferson remembered the night fondly.

“They loved it, which was kind of surprising given what’s normally on their music calendar,” said Jefferson. “We try taking music that’s typically far-reaching and try to make it attainable without losing the edge. So I guess we achieved that.”

Jefferson, 34, also contributes vocal samples and electronic grooves to their music. Outside of the band, he’s the director of the Rochester Contemporary School of Music, where he met keyboardist Andrew Links, a teacher at the school. Links, 22, is a senior at the Eastman School of Music studying jazz piano. Electric bassist Tyrone Allen, 20, is also a jazz student at Eastman, leaving no doubt about the talent of the group.

Their debut EP, Providence 3.0, opens with Jefferson reading a famous quote from Winston Churchill’s 1941 address to the Joint Session of Congress. Other voiceovers and snippets of vintage radio broadcasts are sparingly woven throughout the album, supported by Allen’s authoritative bass and Links’ complex combinations of synth and keyboard.

G-Rex will release a new single later this month called “Room 1213,” which will be available to download from bandcamp and from the group’s website.

Fresh Music Friday: KaiL Baxley
The Doctor Is In
To Top