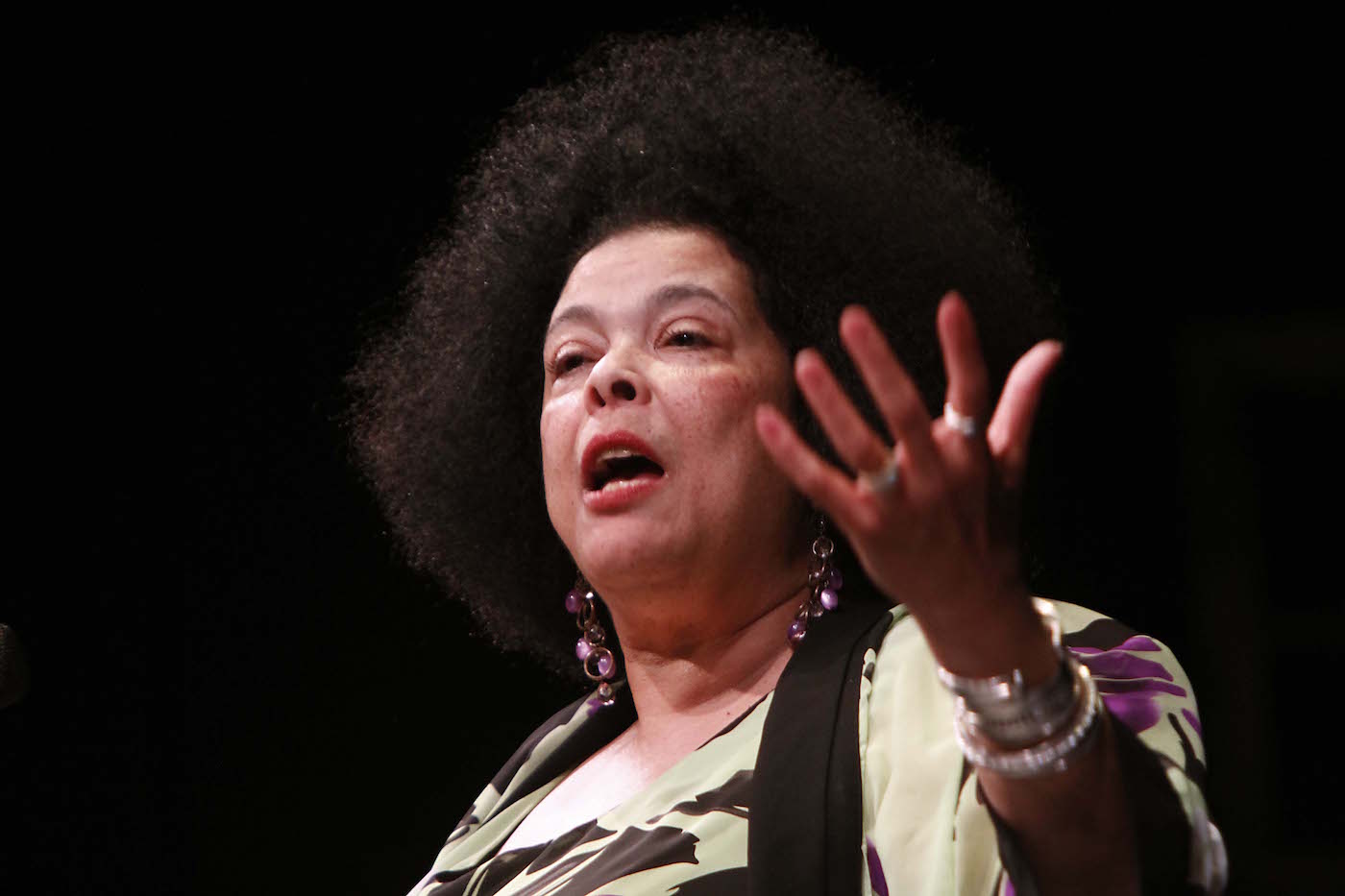 Jackie Warren-Moore talks on her poetic roots ahead of new book’s release.

Among the acknowledgements of poems in Jackie Warren-Moore’s new book Where I Come From (Nine Mile Press, $12/softcover) which have also been published elsewhere, two are noted as included in Nikki Giovanni’s The 100 Best African-American Poems. While proud to be in such company, the locally based poet, playwright, theatrical director and teacher, whose work has reached an international audience, does not identify with the distinction.

Is there a difference between African-American and Caucasian poetry? “No, they just happen to be written by African-American people,” Warren-Moore says plainly. “My mother used to say, ‘There are no new feelings under the sun, and everybody has the same feelings.’ There are cultural nuances to our poetry, but they’re all about the same feelings. That’s what poetry is about.”

Watching her mentor my then pre-teen daughter Lorca as they prepared for a performance at the nation’s Bicentennial Celebration, at which they both read original works, and sensing the drive of a blue flame anger under the calm of melodic control as she recited for the uncaged souls at an Auburn Prison workshop, both reinforce the distinction she draws on the militancy often attributed to her presentations. “Not mean,” she writes calmly, “just very self-assured.”

And for those anticipating some deep existential meaning behind her new book’s title, her response is all the more literal. “Actually I was born here,” Warren-Moore notes, “but a lot of my younger growing up from age 4 to 12 was in Elmira. When I was 12 we moved back.”

She remembers Elmira as a very hard time. “Kind of country,” she reflects. “I went to Catholic school, the only black student. It was not nice. My father had just been killed in Syracuse by a police officer, who, coincidentally, was black, one of the first black police officers who was also my father’s best friend. He accidentally killed him playing around with his gun.

“I started writing out of fear. I didn’t know what to do about all those feelings about my father, being the only black kid in the school, walking from my black neighborhood through the white neighborhood, and I started making up stuff. I wrote poems to the flowers and the cracks in the wall. I had a lot of anger, and the poetry helped me with that. In seventh grade I recited ‘Casey at the Bat,’ and a teacher said I was good. I showed her a couple of poems I had been writing since probably second grade. She encouraged me, and I’ve been writing ever since.”

In the 1960s Warren-Moore connected with the Westcott Nation literary scene; her first poem was published in the Nickel Review, the underground newspaper of that time. Since then, she has not had the best of experiences with editors, one of whom told her she couldn’t use the word penis.

She says she is cautious in determining whether an editor is capable of sharing her feelings, noting that she made an almost immediate connection with Bob Herz, Nine Mile Press publisher of Where I Come From. And indeed, Warren-Moore maintains, the poems are from Syracuse and Elmira, and a little bit from Oswego, where she went to college.

“If you share poetry with someone, you’re open,” she says. “That’s why it’s so special. You connect with people. And they connect with you if they’re open. I can look at an audience and know who’s connecting with me.”

Warren-Moore will be checking out an audience for her book release party at ArtRage Gallery, 505 Hawley Ave., on Friday, Oct. 28, 7 p.m. Pizza and wine will be available. For more information, call 218-5711.