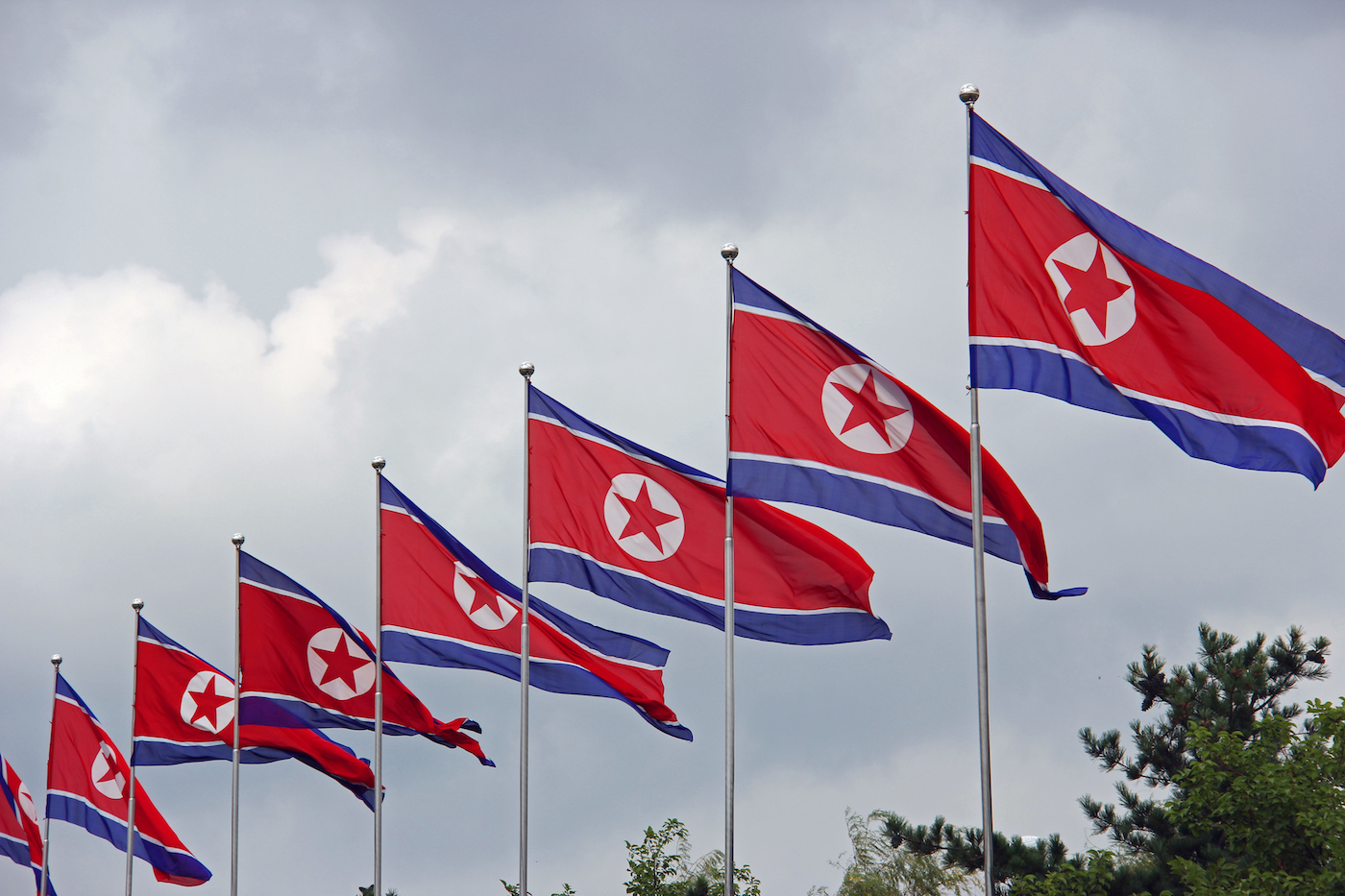 The fact that North Korea isn’t a direct threat right now doesn’t guarantee it won’t be one later on.

In a really twisted, backwards version of the boy who cried wolf, North Korea has been one of the biggest dangers to the U.S. and the world for more than half a century. And at the same time, it has been ridiculed as one of the world’s biggest jokes for almost as long. But it’s time for those jokes to stop. It’s not funny anymore.

Last weekend, U.S. officials detected a failed missile launch by the country, the latest in a string of launch tests, most recently at the end of August when one was test-fired from a submarine. This comes on the heels of North Korea’s fifth nuclear bomb test in the beginning of September — the second one in just nine months — and its biggest ever. These actions have received the usual condemnations from the usual people, with President Obama saying last month that “the United States does not, and never will, accept North Korea as a nuclear state.”

North Korean threats are becoming as occasional as rainy days, so much so that we have grown immune to them. And who can blame us? The Stalinist nation has boasted its abilities and threatened its neighbors and others time and again over six decades. It has yet to carry out such an assault that they claim to be capable of. So why would any new one be any different?

Well, all one has to do is look at the progress the Kim regime has made since it began nuclear testing in 2006. North Korea’s latest bomb test, which registered 5.3 in seismic magnitude, is believed to be measured at about 10 kilotons, which is equal to the energy in the bombs dropped on Hiroshima and Nagasaki at the end of World War II. And the nation was able to come out with its strongest bomb yet while facing the toughest international sanctions seen in decades. The state-run Korean Central News Agency said this after September’s test. “The U.S. should never underestimate the tremendous mental power and inexhaustible might of the DPRK. The U.S. will be made to clearly see how the DPRK rises imposingly out of chains of sanctions, blockade and pressure.” These recent developments have led many to question the continued usefulness of sanctions to deter these tests and launches. Let’s not forget North Korea managed to emerge from the 1990s famine and now even shows signs of a growing domestic consumer market.

For a long time now, we have each time dismissed North Korea’s boasts and threats as simply rhetoric, as a way to impress its people and draw attention to itself in hopes it can accomplish its one objective — to be recognized as a legitimate nation — a nuclear one. And that is partly warranted. But for so long now, we have treated the country has a child, which it is. But all children grow up. We don’t want to wake up one day to find out this child is now a nuclear-armed state. The day that happens would immediately put millions of Asian and tens of thousands of American troops’ lives in danger, not to mention change the balance of global power as we know it. Then there’s the U.S. itself. Bruce Bennett, a Rand Corp. expert on North Korea, told The Los Angeles Times that the U.S. should “absolutely” be worried that Kim could eventually launch an unprovoked attack on the U.S. if he ever gains ICBMs with enough range to reach across the Pacific. It’s no secret. Lee Yong Pil, a top North Korean official, warned NBC News that North Korea would use nuclear weapons first if threatened, saying “a preemptive nuclear strike is not something the U.S. has a monopoly on. If we see that the U.S. would do it to us, we would do it first.”

If the U.S. “never will accept North Korea as a nuclear state,” it’s time to step up the game to ensure that point isn’t reached. While the issue is just now becoming a specific topic of the current presidential campaign, it really should be a top agenda item, as it will unquestionably be something Obama’s successor will be forced to address in the coming years. The Obama administration’s plan has been “strategic patience.” Earlier this year, Obama signed the North Korea Sanctions and Policy Enhancement Act into law, giving him new authority to sanction any individual who “imports, exports, or re-exports luxury goods to or into North Korea” or “engages in money laundering, counterfeiting of goods or currency, bulk cash smuggling, or narcotics trafficking that supports the government of North Korea or its senior officials.” Recently afterward, the U.N. Security Council imposed new sanctions on the regime.

But Obama hasn’t taken advantage of his newly granted powers and China hasn’t enforced the U.N. sanctions. In fact, The Washington Post reported that China’s trade with North Korea in June was almost 10 percent higher than the previous year, despite the new sanctions. The hurry-up-and-do-nothing approach’s effectiveness is waning. The fact that North Korea isn’t a direct threat right now doesn’t guarantee it won’t be one later on. Goodness, the regime just exploded its largest bomb it’s produced. They are one working missile away from the ability to strike at their nearest adversaries at will. Washington and Beijing are the ones who need to be the most serious about curbing North Korea’s growing danger, but when will they get serious?

This isn’t The Interview. This isn’t comedic relief. This isn’t something we can brush off as another one of Kim Jong Un’s “performances.” North Korea isn’t a child anymore, it’s a ticking time bomb. And unfortunately in this case, the use of the word “bomb” is not a metaphor.