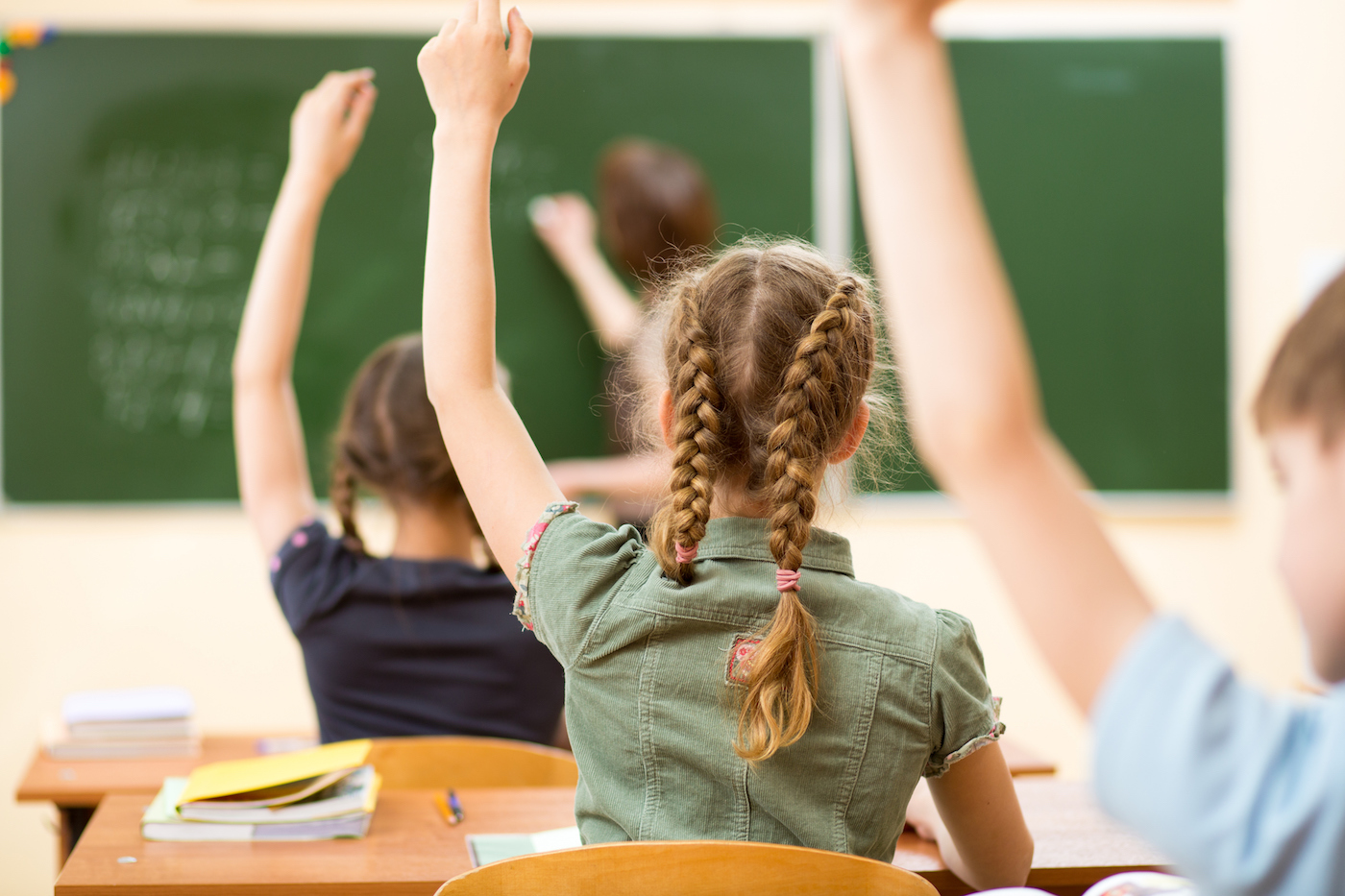 Students are curious during election season. Let’s let them be curious.

“What should we watch? Flubber or Indian In the Cupboard?”

That was the question posed to us. Yes, us. For once, our teacher wasn’t telling her students what to do. It was up to nearly two dozen second graders, who had probably seen both movies a hundred times, to decide which one would be seen on the last day before vacation.

We were instructed to pick a movie, pick a side of the classroom on which to gather our supporters and then give our reasons why that movie would be better, hoping to persuade our opponents on the other side of the room to come join our cause. In the end, which ever movie’s group had the largest amount of supporters would be watched. I don’t know how long our debate went on, but it seemed like hours. “Flubber is just about a gross green glob!,” and “But in Indianin the Cupboard, the cowboy gets hurt! It’s sad!” were just part of the exchange.

After each team lost supporters, won new ones and then lost them again, it was decided Flubber had won the debate — much to my disappointment.

While our only knowledge of the economy was reserved to our weekly allowance, and the only trade deals we cared about involved Pokemon cards, that debate showed us at a young age what democracy is all about — fighting for our own ideals while listening to others explain theirs — then accepting majority rule.

And while at times it may seem like some of the presidential campaigns we’ve seen in the last year are a bunch of squabbling second graders, this election is the reality of our time and there’s no reason our youth should be left out of the conversation. The simple truth is they can’t be. They watch the news, or at least hear it in the background. Their parents talk about it. Their relatives talked about it last Thanksgiving and at those summer graduation parties. They know what’s going on.

This is part of the problem for some teachers who want to discuss the election in the classroom. Some of the language and context of this campaign has made the subject too unsuitable at times for young ears. Or as 12-year-old Connor Felton told The New York Times, “I think if you repeat some stuff that Trump says, you could get sent down to the principal’s office.”

While those concerns are obviously understood, I firmly believe in steering clear of the matter because those problems will be much more harmful for our children. And they don’t need textbook lessons on tax policy in order to comprehend the issues of our nation. Children often surprise us with how much they soak in and how it affects them.

I loved school the entire time I was in it because I liked learning. But by far, my favorite moments from elementary school to college were when a teacher briefly paused from our studies to discuss something happening in the real world because they knew it was what we were all thinking about.

On the one-year anniversary of 9/11, my teacher had each one of my peers tell the class their memories of that day and thoughts on what it meant. We stopped class to watch the televised ceremony following the Columbia space shuttle disaster and the inauguration of Barack Obama. We happened to be on the topic of the Great Depression when the 2008 financial crisis began. And of course, elections couldn’t be left out.

Those moments and those discussions are so emotionally charged that they can change someone’s life or inspire them to better others’ lives. If what the youth sees in this campaign disgusts them, it just might motivate them to someday go to Washington and fix it. After all, our future president is probably out in some classroom right now, watching our two nominees and taking it in. Denying our students of these lessons and those talks is depriving the greatness our country could one day achieve, because this election is just as much about them as it is anyone.

They are the lawmakers, business owners and hard-working Americans of tomorrow. And this election will determine a candidate that will be part of their lives when some of them cross that threshold. I, myself, am now a working taxpayer, but I was only a high school sophomore who was bad at math on the night President Obama was elected. Maybe I was bad at it because I stayed up late watching election results instead of doing homework.

I cannot be certain, but I have little doubt some of those experiences in school shaped what I have become — not a political activist, but rather an activist for politics.

It can happen to many others and it can be done in many ways. It doesn’t have to be just making students watch one of the debates an assignment — although I encourage that. Many schools have conducted their own mock elections using the actual candidates, while characters like Mickey Mouse or Donald Duck are used for younger students. They can debate a controversial historical moment or give their opinions on a new policy their school is considering. Or there’s always Flubber and Indian in the Cupboard.

Students are curious during election season. Let’s let them be curious. Let’s encourage the exchange of ideas. It may end up being the most important thing they ever learn.