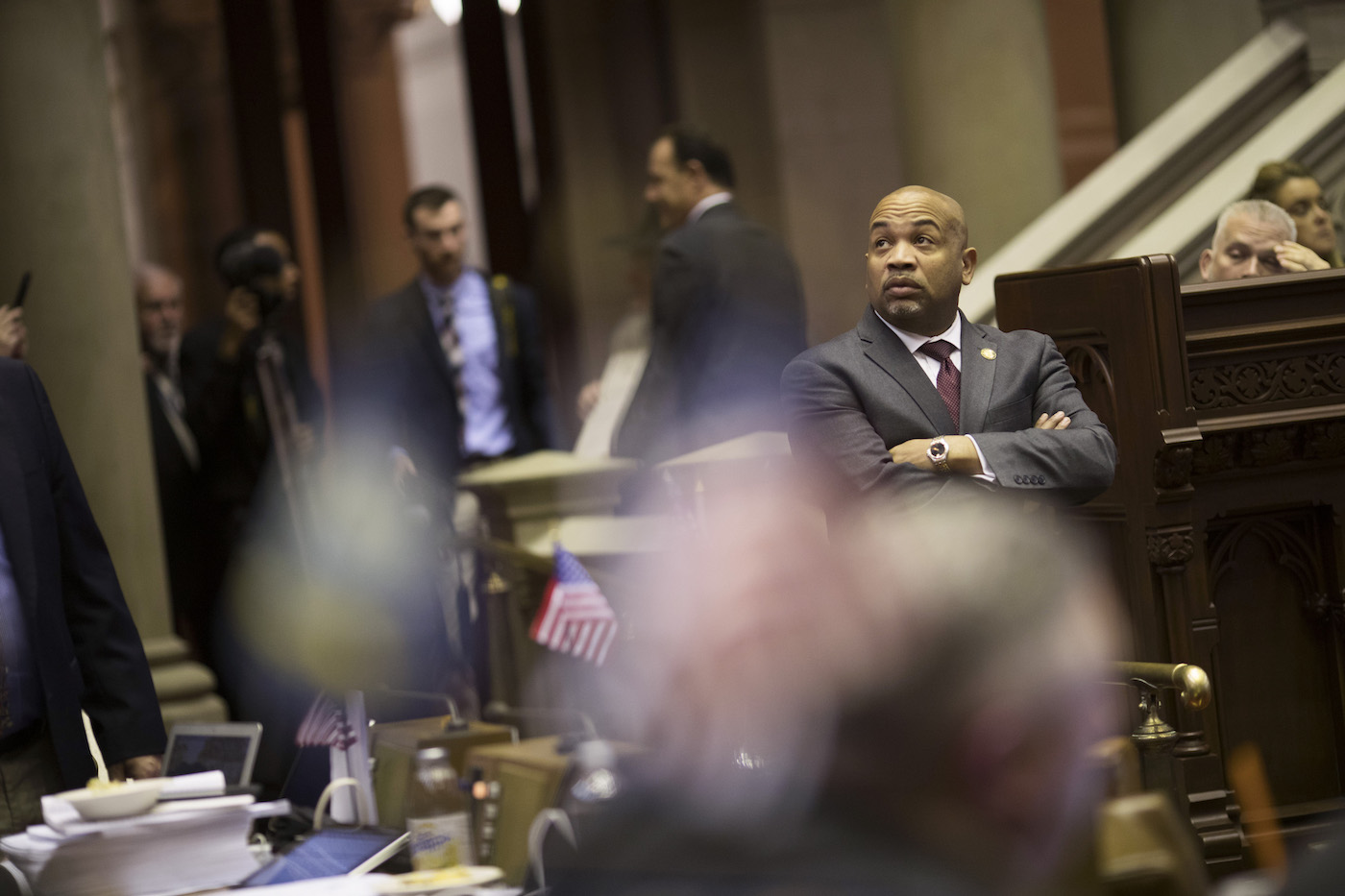 Restrictions on leadership posts would be a small step toward curbing corruption in the Legislature.

Surprise! The latest state legislative session in Albany ended with no ethics reform measures whatsoever. Hell, it had hardly even been mentioned since the session began in January.

That’s not to say there weren’t at least some efforts from some lawmakers — small efforts, but at the rate the Legislature moves, we’ll take anything we can get.

One of those efforts came from the Republican-controlled state Senate. While several of its members face scrutiny over receiving stipends for leadership positions they do not actually hold, they overwhelmingly supported legislation that considerably restricts the powers of those same leadership positions.

Back in April, the Senate voted 49-9 on a bill that would place eight-year term limits on leadership posts in either legislative chamber, including the temporary president of the Senate, Assembly speaker, majority and minority leaders and all committee chairmen.

The bill died in the Democratic-led Assembly.

Not only that, but this is actually the third time the Senate has passed similar legislation and the third time it has failed to go through the Assembly and come out the other side.

It doesn’t help that Assembly Speaker Carl Heastie has made no secret his disapproval of term limits in general and has maintained that position in his two-and-a-half years as speaker.

“Term limits are not something that the conference supports,” Heastie said in December, referring to the Assembly’s Democratic majority.

Heastie’s standing on this issue is incredibly discouraging, given the reason Heastie is speaker in the first place.

His predecessor, Sheldon Silver, was convicted last spring on charges of extortion and fraud, just one legislator in a long list of Albany corruption cases in the last decade. He was found guilty of using his powerful position to pressure outside organizations with business before the state, or as former federal prosecutor Preet Bharara called, “monetizing” the speakership.

The former Manhattan representative had been a member of the Assembly since 1977, and was elected speaker in 1994, meaning he spent 20 years holding a heavy hand on what went on in Albany.

Many suspect that long of a time with so much power emboldened Silver to use the post to his advantage for his own financial gains. Term restrictions would ensure that a fresh face would inherit that powerful position and others like it at most every eight years, in an attempt to stop it from turning into a power center and corrupting its holder.

Silver is the prime example for a sound argument on term limits in the leadership — and he’s hardly the only leader who’s faced corruption charges. When Heastie replaced Silver after his resignation, he vowed to work hard to change the system in Albany that leads to political misconduct.

Why he and other Assembly Democrats can’t see this bill as a way to do that is as frustrating as it is disappointing.

Speaking of changing the system, term limits wouldn’t just help prevent individuals from becoming entrenched in power, but they would help shake up the way power itself is cycled in the Legislature — the cycle Silver, and now Heastie, are part of.

New York’s “three men in the room” form of governing is appalling and has been going on for far too long — the three men being the Assembly speaker, Senate majority leader and Gov. Andrew Cuomo, who has put forward his own form of term limit legislation. Those three men essentially dictate all major legislation through secret negotiations and backroom deals, constantly leaving other lawmakers and the public in the dark until the last minute. A more frequent rotation of people in those positions would give more legislators a voice in formulating state policy.

This ridiculous form of power brokering can itself be a contributor to abuse of power and create crooked politicians. Indeed, the last five (FIVE!) Senate majority leaders were all indicted on corruption charges — and the most recent one even advocated for term limits.

The thing that makes term limits so necessary now is the explosion of careerism in New York politics in recent decades. State senators are now serving twice as long as they did in 1965 and the average tenure in Albany is now more than 10 years. This is mainly because incumbents have been able to quash most of their competition during elections in recent years. A good portion even run unopposed each cycle. In 2016, less than a handful of the more than 200 incumbents lost re-election.

Years and even decades in the Legislature can mean years and decades in leadership positions. And with no term limits, little or no chance of losing the seat and no other significant ethics measures, it leaves many avenues for bad intentions to go on undetected.

Well, there’s nothing we can do at the moment about the strength of incumbents. And there’s no significant ethics measures, nor a sign there will be any time soon.

However, what we do have is one legislative chamber willing to make term limits a reality. Maybe eventually it may be wise for us to consider term limits for all legislators, but restrictions on leaders would be a good start, and again, we’ll take what we can get.

On that, the Senate has done its job. Now it’s time for Democrats in the Assembly to do theirs.