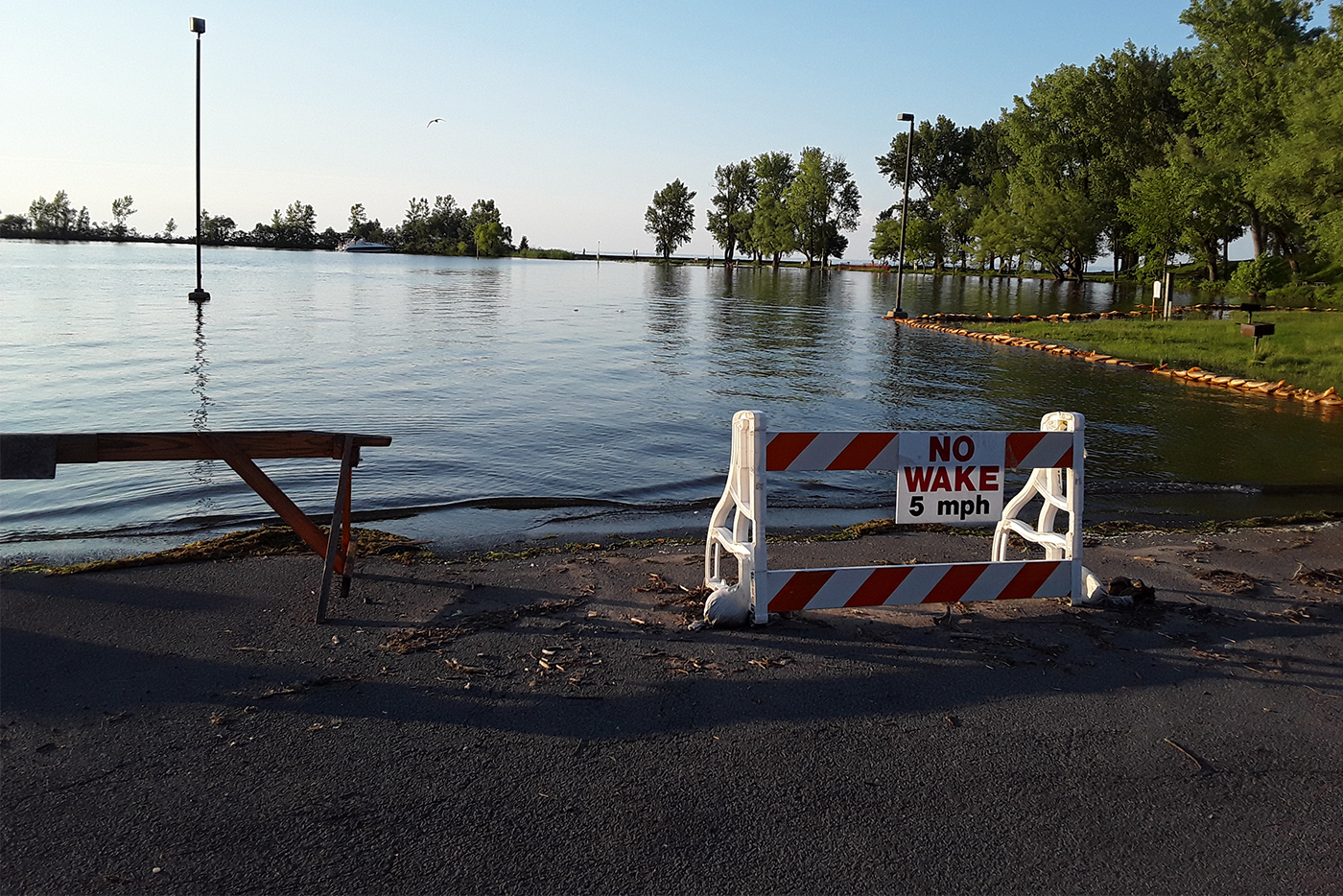 Playing blame game with flooding relief does no one any favors.

Independence Day has a reputation for turning small communities along the southern Lake Ontario shoreline into bustling hubs of economic and recreational activity. The Green Harbor Marina and Campground in Orleans County “usually looks like Myrtle Beach,” its owner said.

Now, 24 camping sites are flooded. Sodus Point had to cancel its parade and fireworks display. And the boat launch at Fair Haven Beach State Park, which is usually jam-packed with boats, trucks, trailers and picnickers, was this year an empty parking lot with barriers blocking a launch completely under water.

It was a sad sort-of finale to a long, painful and expensive process to provide proper relief to homeowners and businesses after months of watching lake water flood their properties. And to many, this finale is only the beginning of the recovery.

The last few months, we have seen political pandering at its best and government at its worst. We’ve seen too much blaming and not enough resolving. And those small communities along the southern Lake Ontario shoreline have paid the price. 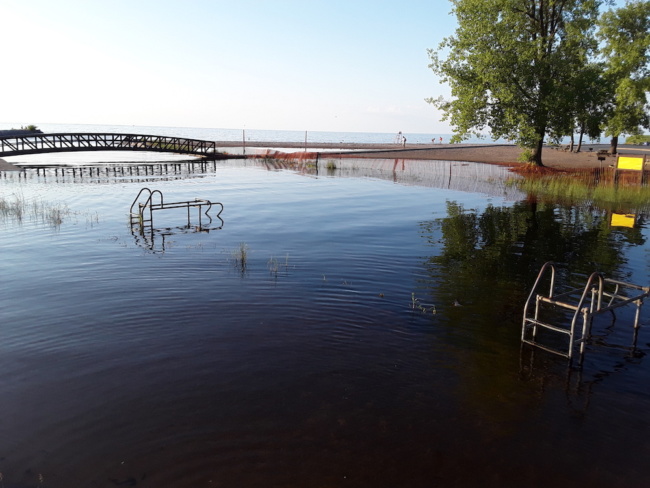 While they’ve been trying to minimize the damage, public officials from every governmental level have been looking for someone to find at fault for the flooding. The favorite target: the International Joint Commission (IJC), the organization that prevents and resolves disputes over water boundaries between the United States and Canada, and their handling of Plan 2014, an initiative to change regulation of the levels of Lake Ontario and the St. Lawrence River to help the ecosystem, shipping industry and recreation.

Plan 2014 was initiated in January, mere weeks before high water levels began to affect coastal areas. Yet it was an easy answer for Republican congressmen who represent constituents along the lake. Reps. John Katko and Chris Collins religiously opposed the initiative for more than a year and sent several letters to President Donald Trump this spring asking him to withdraw the United States from Plan 2014.

“If you raise the lake level, which is what Plan 2014 did, you get devastation,” Collins said in May. “A third-grader knows that.”

The other thing you learn in third grade is that significant events seldom take place all at once, and due to only one reason. Plan 2014 was a project that took years to put together but has only been in effect since Jan. 6. By that reasoning alone, it’s hard to argue that Plan 2014 had been in place long enough to raise Lake Ontario to its highest level in 100 years.

Even if that argument had some traction, it is more than likely not the only reason for the lake’s historic levels. But that’s not politically convenient. Rep. Collins seems to think that the flooding wouldn’t have happened without Plan 2014, even with record rainfall this spring and recent high water levels in Lake Erie flowing in via the Niagara River.

For his part, Gov. Andrew Cuomo has spent less time focusing on Plan 2014 directly and more on the IJC itself. He sent what he called “one of the nastiest letters” he’s ever written to the IJC on May 28. In it, he suggested that the lake could have lowered last fall because the IJC reported in July 2016 that water levels were unusually high and would remain so for months to come.

That letter reflected the governor’s ignorance of much of the affair, since lake levels last summer were actually lower than normal, not higher. The July 2016 news release Cuomo’s office referred to was actually dated April 2016, when water levels were high, but they dropped off when the summer drought began to wreak havoc on upstate New York. Cuomo’s accusations even rubbed our northern neighbors the wrong way, as a Canadian senator declared he was fear mongering and “spreading falsehoods.”

It is disappointing that Cuomo has spent so much energy writing nasty letters to the IJC and burning the organization in front of television cameras but almost hindered financial aid to those affected by flooding — which people with eroded yards and entrepreneurs with closed businesses probably care more about at this point instead of who or what is responsible for it.

Yes, the governor promised around $7 million in funds this spring, but balked at a $90 million relief package that was passed unanimously in both the state Assembly and Senate in the closing days of this year’s legislative session.

The session ended with Cuomo considering vetoing the bill due to a lack of specifics on where the $90 million would be coming from. Cuomo eventually signed an amended package that gives $55 million in funding instead, although that amendment was only possible because of the state Legislature’s extraordinary session at the end of June, which Cuomo called to extend the New York City mayor’s control of its educational system, not because of unfinished Lake Ontario flood response business.

Still, some are worried the $55 million won’t be enough or that there will be complications and clashes over how the money is divided up. New York is also in the process of applying for federal aid from Washington, but some also worry the state’s slow and careful approach to that may cause it to be forgotten over time.

With all the hot air that’s been produced lately, there’s been almost no talk about efforts to help prevent similar flooding from occurring again. It’s too bad, really. The families and businesses along Lake Ontario will now get a better opportunity to get things back to normal, but how we got here could have gone much cleaner.

If we need a reason to be embarrassed by government, look no further than the sandbags and closed boat launches that line miles of shoreline in Western and Central New York.

We should be thankful for the many people who have gone above and beyond in this crisis. For months, there have been many inspiring stories about hometown citizens and volunteers working around the clock to do what they could to stop the rising waters from damaging their neighbors’ homes and community hotspots.

Decent human beings are usually capable of taking hard times in stride and pulling more than their usual weight when they need to, especially when it involves the place they love and call home. If only our politicians could do the same.