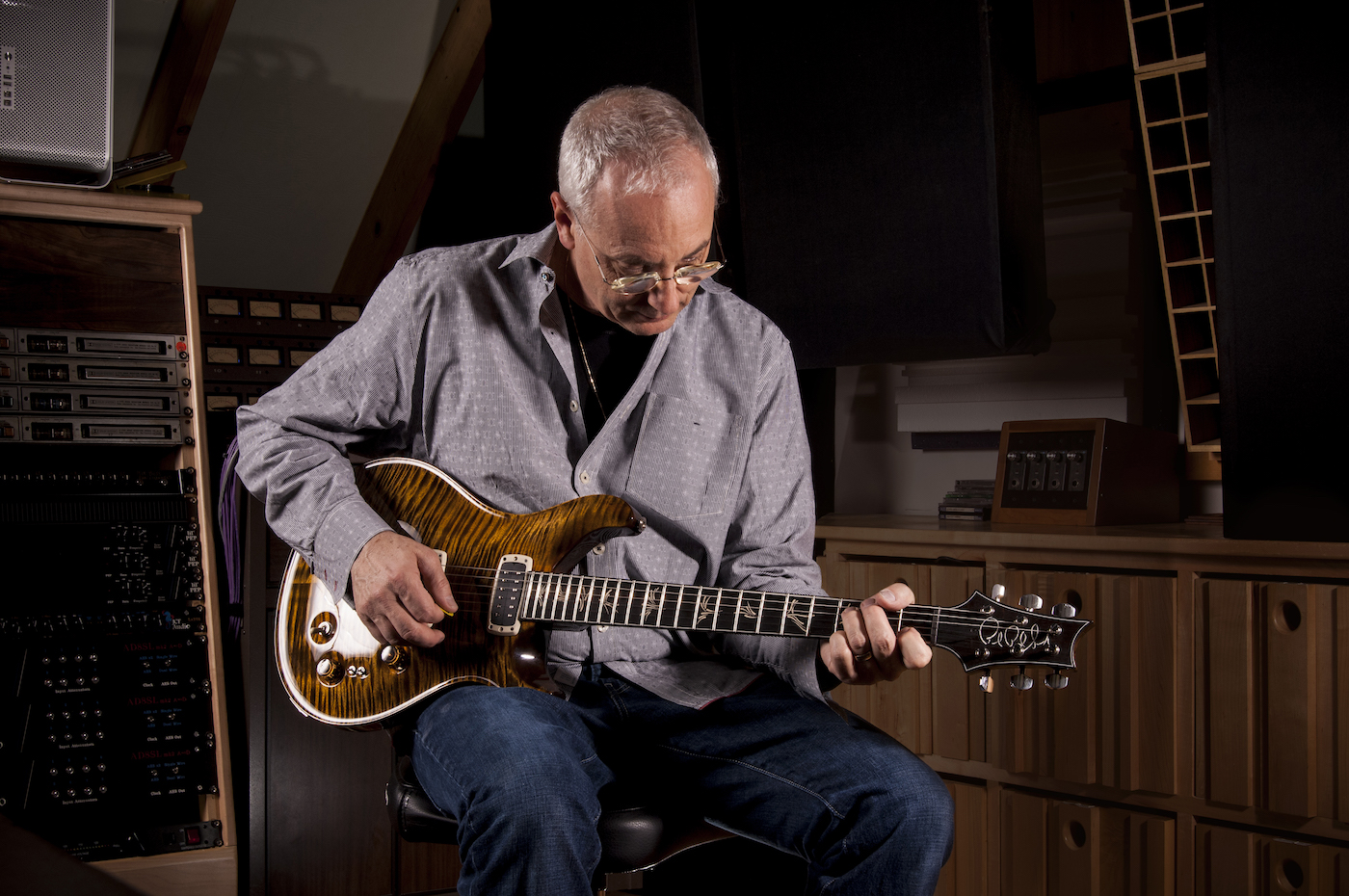 Jesse Wilson was 16 when he started the all-online Ish Guitars company in his parents’ basement. That business morphed five years later into an Armory Square storefront location in December 2014. Proving it’s more than just a guitar shop at 410 S. Franklin St., Ish will host master luthier Paul Reed Smith on Friday, Sept. 22, for a daylong event that includes a meet-and-greet, master classes and more.

“I never really imagined this,” Wilson says about the Smith appearance. “I didn’t really have that in my vision for what my life would be like. I send Paul emails all the time. It’s pretty wild.”

Smith, 61, is the founder of PRS Guitars, considered one of the top makers of high-quality instruments. From humble beginnings, Smith created a company that now has artist endorsers such as Carlos Santana and John Mayer.

“He’s the only remaining guitar innovator,” Wilson says of the three giant companies: PRS, Fender and Les Paul. “Leo Fender is dead (1991). Les Paul is dead (2009). Smith is one of the only original innovators who’s still around. And he still works in the company all day, every day, since he was really young. He’s a really unique, brilliant guy with ridiculous attention to detail and craftsmanship.”

Wilson first visited the PRS factory outside of Annapolis, Md., for a 2015 party titled “The PRS Experience.” Although Wilson was the fastest-growing new dealer of PRS guitars, going from new dealer to signature store in record time, the meeting wasn’t memorable.

“It was somewhat awkward,” Wilson says. “I went up, introduced myself and said I was a dealer in Syracuse. He nodded and said, ‘Cool. You like the event?’ And that was kind of it.”

Wilson returned to PRS in November 2016 to visit the “wood library,” a small part of the 85,000-square-foot factory where racks of woods such as maple, mahogany, korina, rosewood, swamp ash and more are stacked. Dealers visit the library so they can swap out certain materials in the line of PRS core guitars. They get to custom-pick woods, options, colors, electronics and more to create their own unique line of guitar.

“I just built guitars that I would want,” he says. “It’s how I found my niche. With Spector basses, I ordered what I wanted on bass and they would sell really fast. I like different and funky. With PRS, I did the same thing and they also sold really fast. What I like, others seem to like, too.”

Wilson soon learned that Smith’s office was next to the factory’s private stock room. “I was building in the wood library,” Wilson recalls, “and I had an idea to use swamp ash (wood) for the body of a custom 24, semi-hollow with a flamed maple neck and fret board. I said, ‘Paul, what would you do?’ He said the same exact thing. I thought, ‘We’re on the same page.’”

Since then, Wilson has ordered more private stock and wood library guitars and continues to watch them fly out the door. He’s also working directly with PRS on a multi-scale or “fanned fret” guitar line. The name comes from the slanted frets that are a result of a slanted neck. In a piano, higher-pitched keys have strings that are shorter and thinner, while lower keys have strings that are longer and thicker. The shape of a piano demonstrates this. This idea has since been applied to guitar necks, which in turn helps the intonation. Wilson is currently developing a “fanned fret” guitar that will become a custom line for PRS, available only at Ish.

“That really took Paul’s attention,” Wilson says. The last time he was at the factory, Smith told him to stop in the office on his way out. “He said, ‘Hey, you did really great with that. Can I come visit you?’ I said, ‘Yeah, you can do that.’ That’s how the whole event came about.”

Ish will open at 11 a.m. on Friday with a PRS sale. Northeast sales representative Peter Schuelzky will be available to answer all questions. Smith arrives at the shop at 4 p.m. Then a guitar-staining demo with private stock director Paul Miles takes place at 5 p.m., followed at 6 p.m. with the Smith meet-and-greet. A giveaway drawing for a PRS S2 Custom 24 valued at $1,399 happens at 6:45 p.m., followed by master classes at 7 and 8 p.m.

“Paul’s super-approachable and a really cool dude,” Wilson says. “It’s not something where he’ll show up for five minutes, sign things and walk away. He’ll be in the thick of it and he’s literally a genius. It’s an amazing opportunity and it’ll be his first time in Syracuse.”

The event is free and open to the public. For more information and to sign up for the master classes, visit ish.guitars.