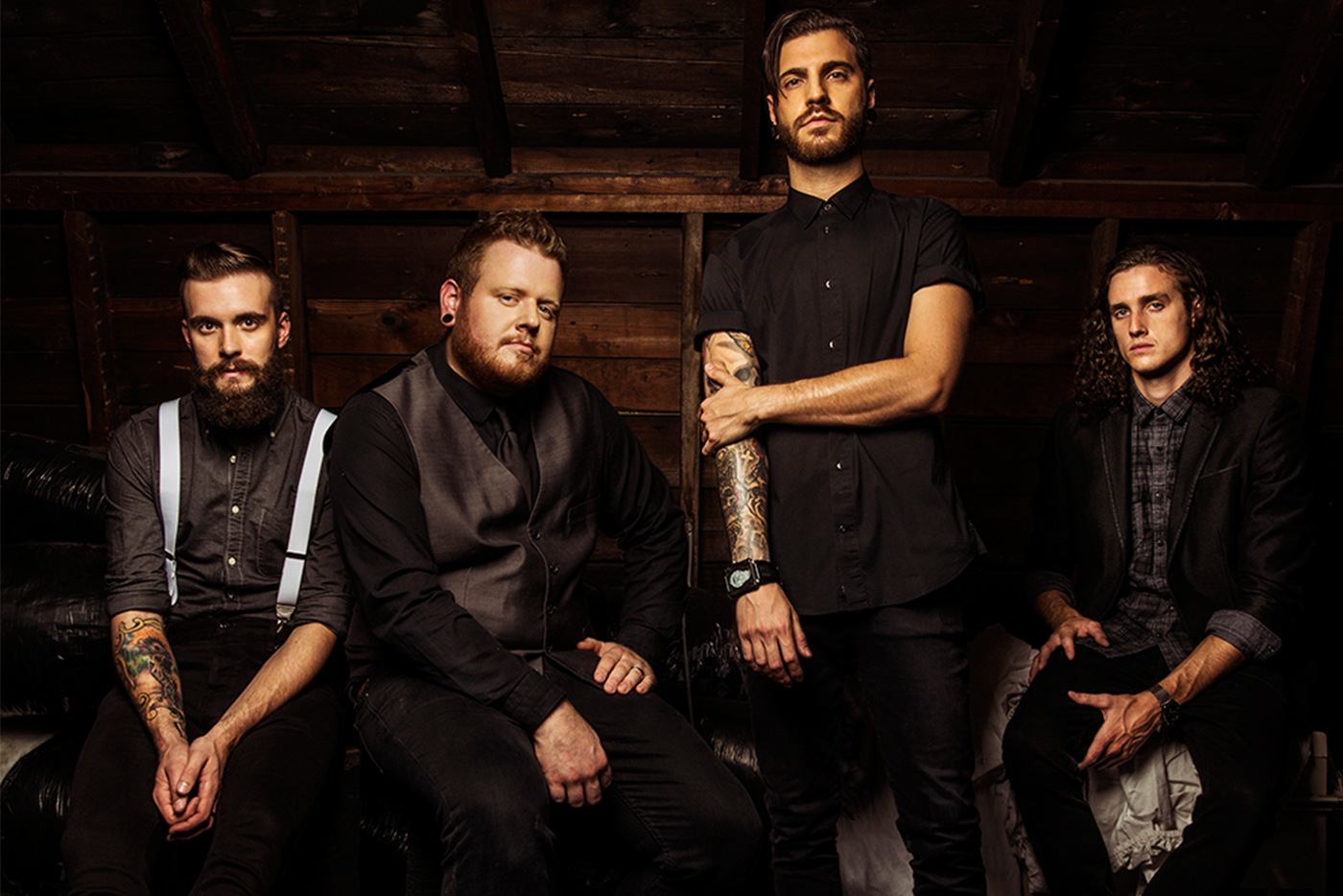 On Thursday, July 7, the Vans Warped Tour will visit the New York State Fairgrounds in the Gray parking lot. The traveling festival is the largest and longest-running in the United States, having started in 1995. Vans, the skateboard shoe manufacturer, took hold as the main sponsor in 1996 and the festival has since rocked dozens of cities.

One band in it for the long haul on the road is Ice Nine Kills, which has previously visited Syracuse for shows at the Lost Horizon. “We’ve done the tour about four times, but this is only the second time we’re doing the whole tour,” says lead singer Spencer Charnas. “It’s a very well-oiled machine.”

The band started when Charnas was in high school and he was a giant fan of the Warped Tour. “I’d been going since I was 13 or 14,” he recalls. “I always aspired to play it.”

Tell me about your first trips to the Warped Tour as a fan.

In the early 2000s we were a pop/punk/ska band and I would take demos to Warped Tour and give them to bands. I was hoping the demos would get to someone important. In 2007-2008 we followed the entire tour and we sold 10,000 albums that way. It was a lot of work, but I still hear people say, “We found out about you at this Warped Tour on this day.” The band’s profile obviously got larger after that and now we’re lucky enough to get invited on the tour several times.

As a child, I always wanted to be on the stage with these bands that got me into those styles of music. I grew up with Less Than Jake and Reel Big Fish. And they’ve still maintained their popularity. It’s very cool.

You started this band in the early 2000s and started making waves a few years ago. How did you push through?

For many years we weren’t making it. We played lots of shows to no people. Most bands would have given up in the face of adversity like that. We didn’t and now we’re here. We’re doing the things we always wanted to do. If you want something bad enough and work hard enough, you can get it.

I always thought I was good enough and the music the band was making was important. I’ve always been the kind of person that if I wanted something, I don’t accept defeat. It’s my personality. That’s really motivated me. I always wanted to be a rock star. I let myself determine my fate.

What was the turning point for the band?

We linked up with our manager, Mike Mowery, and he connected us with the right record label and the right booking agent. That’s when we made the jump. Good opportunities started coming through.

We cut a record on his label, Outerloop Records, which was a Fearless Records subsidiary. Eventually, we made the jump to Fearless and are part of that now. That’s definitely helped a lot. The last album (Every Trick in the Book) is the best we’ve ever done.

What inspires your music videos?

Songs and videos are all based on pieces of literature. On Every Trick in the Book we cover everything from George Orwell’s Animal Farm to Romeo and Juliet. For the videos, the last two were like The Exorcist and the next is like Carrie. I wrote a narrative story outside of the song to go with them. I don’t think anyone’s really doing that in our world, and it’s really resonated. The one we put out in October, “Communion of the Cursed,” has 122 million views.

The one we put out a month ago, “Hell in the Hallways,” has 400,000 views. Kids seem to gravitate to them. It was done in my hometown (Swampscott, Mass.). All the extras were fans of the band. We had an open casting call. It was a really cool experience for fans to be part of a video on that level.

What sets you apart from other bands?

We put a lot of thought into our whole concept, especially the lyrics. They’re not just, “She broke my heart, I want to kill her, I’m going to rise above.” There’s a lot more depth than a lot of stuff out there. And we always go as hard as we can live, whether it’s 100 people or 10,000. We really have an energy that’s infectious live.

Be prepared. It could take a long time to make any headway in the game. You have to be patient and thick-skinned. Only a very small percentage make enough to get by and an even smaller number make a lot of money. You have to be willing to accept those odds.

The most important thing is to know if you really want to do it. If you believe in yourself and have great enough material, you can do it. But you have to be willing to fall on your face.

I always tell bands when they’re frustrated that Metallica couldn’t get a record deal in the beginning. They were told they were too metal for punk and too punk for metal, so their manager started their own record label. One of the biggest bands out there couldn’t get a record deal. That always brightened my day when I thought we wouldn’t make it.