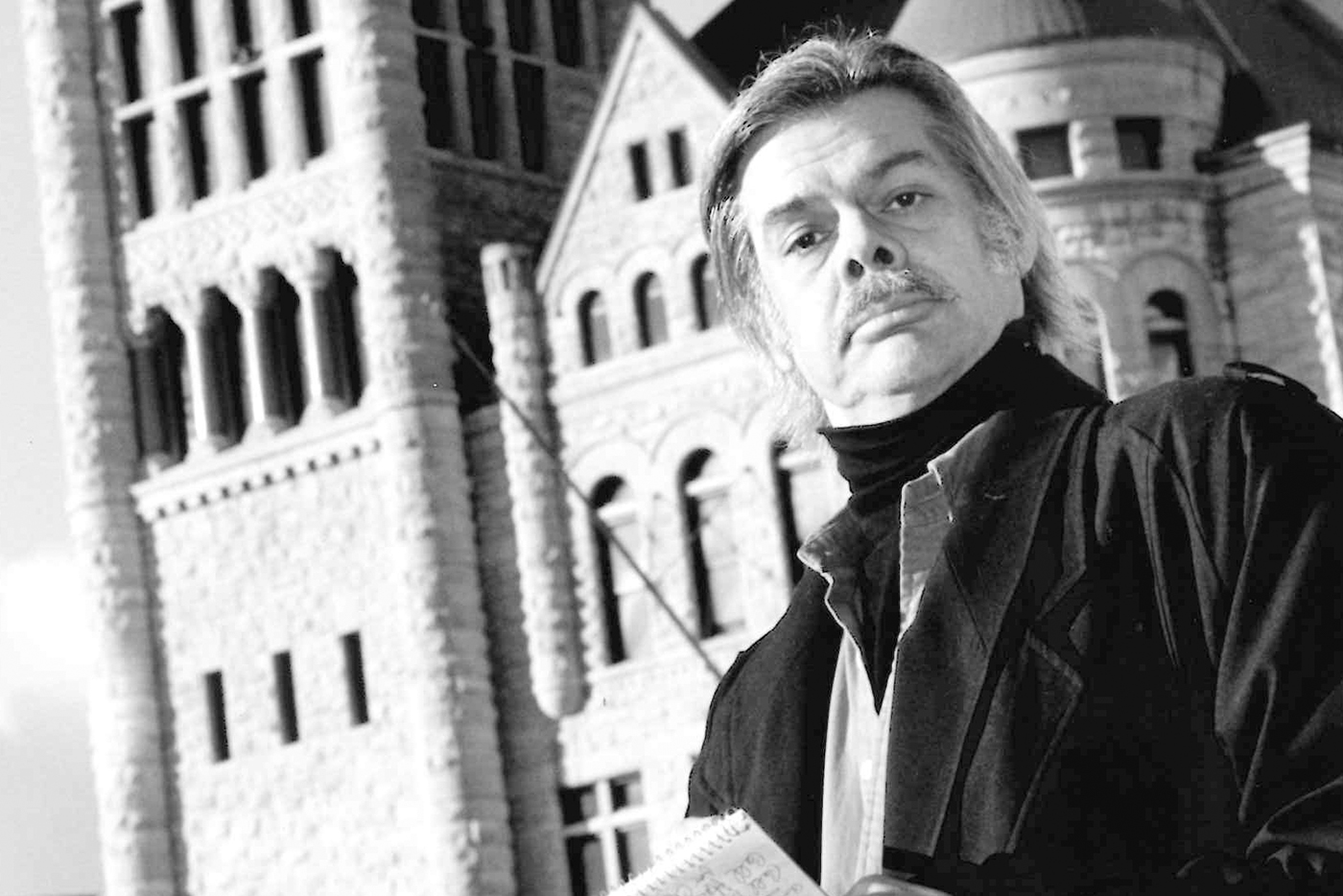 Walt Shepperd was mingling at the Dec. 8 CNY Book Awards reception when organizers started announcing the year’s final award. As one-time Syracuse New Times editor Bob Herz read about the awardee, people turned to look at Shepperd. The longtime New Times writer and local free spirit listened, a quizzical look on his face until he realized Herz was describing him.

Herz and Stephen Kuusisto, co-editors of Nine Mile magazine, presented Shepperd with the second annual CNY Book Award for Significant Contributions to the Art of Writing and Poetry. Herz called Shepperd “a renaissance man in the arts” who is a “poet, a director, a reporter, a columnist, a creator and operator of an arts group for youth, a performer, a pioneer in the art of words, an activist, a visionary.”

Caught off guard, Shepperd was uncharacteristically quiet as he accepted the surprise award. But he was characteristically observant and sharply critical as he looked at the crowd of mostly white people of a certain age gathered in the CNY Philanthropy Center’s ballroom.

“I gotta confess I’m kinda uncomfortable here,” Shepperd said. “It’s sort of like the Republican Convention: white guys over 60. I’m going to ask you next year to bring someone who doesn’t look like you. That will be honoring the community.”

Shepperd has been agitating through written and spoken word for decades, advocating for a diverse, just and inclusive community. He’s been associated with the Syracuse New Times since 1971, writing columns and features about the region’s major players as well as the community’s voiceless. Among his editorial achievements was founding the former Nickel Review, praised by then-Village Voice media critic Nat Hentoff as among the top three alternative papers of the 1960s.

Shepperd’s editorial output (not to mention his eccentricities) are well-known in the region. He has received numerous editorial awards, including a Lifetime Achievement Award from the Syracuse Press Club. Herz also praised Shepperd’s commitment to the Media Unit, which he founded in 1976. The Media Unit is an award-winning performance and production program for Central New York teens.

Shepperd’s career “has been dedicated to building a better community through application of his vast talents, his gift for friendship, his willingness to share of himself, and someone who has helped to explain our community to itself,” Herz said.

“We created this award for one reason: to honor those who have helped to create a community of the arts in this region,” Herz concluded. “In every way, with everything he does, Walt Shepperd is one of those people.”

CNY Book Awards is organized by the Downtown Writers Center of the Arts Branch of the YMCA of Greater Syracuse. Here are the winners of the fifth annual awards:

Poetry: Michael Jennings of Marietta, for Crossings: A Record of Travel.

Fiction: Jennifer Pashley of Clinton, for The Scamp.

Nonfiction: Stephanie Shirilan of Jamesville, for Robert Burton and the Transformative Power of Melancholy.

Significant Contributions to the Art of Writing and Poetry: Walt Shepperd of Syracuse.