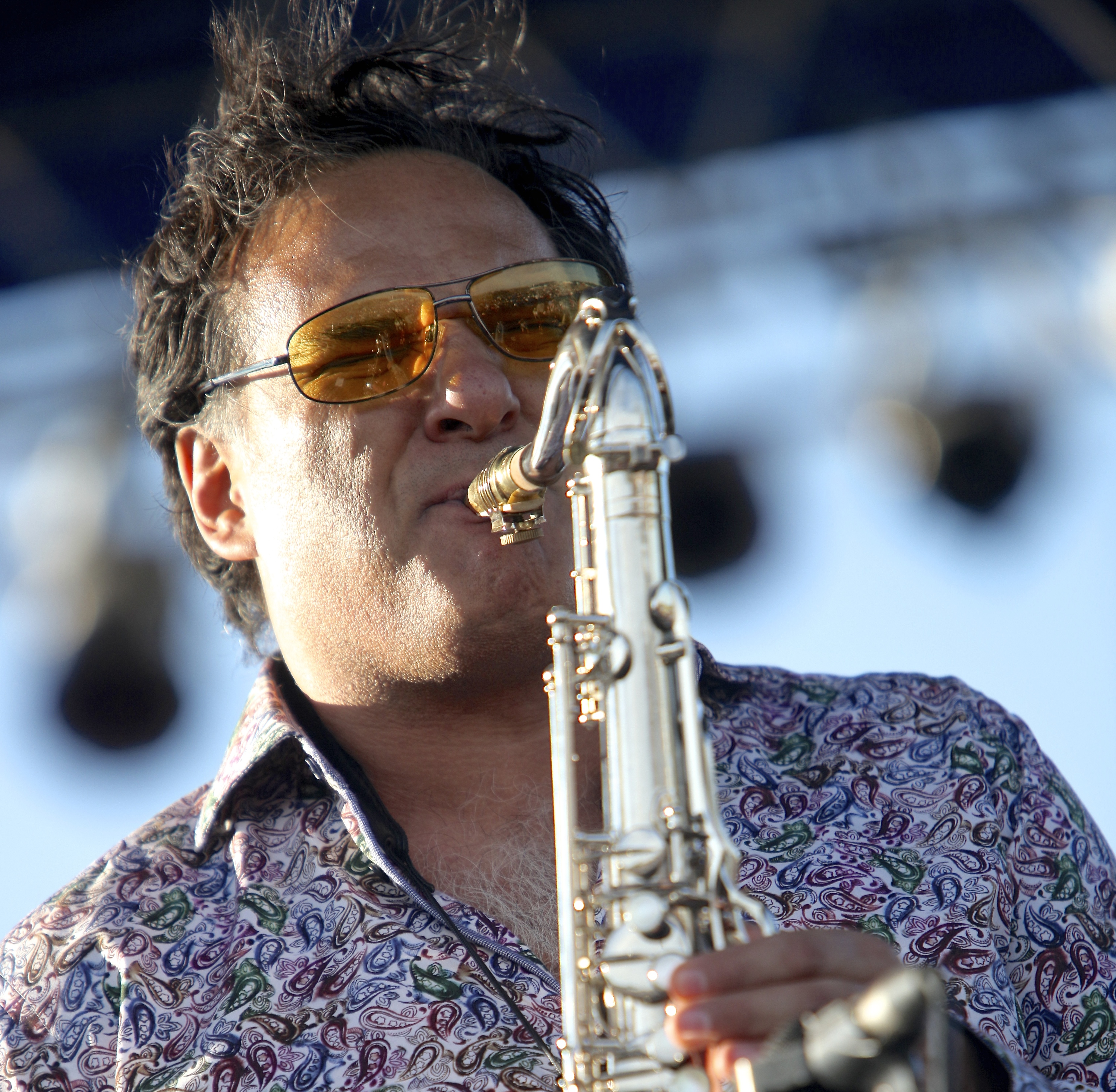 On Thursday, Dec. 21, 7 p.m., several hometown musicians who have found success in the business will gather for a show at Eastwood’s Palace Theatre, 2384 James St.

The roster includes Ben Mauro, who has played guitar with Lionel Richie for nearly 20 years and is currently performing with Cher; David Northrup, who has been touring with Boz Scaggs; and pianist George Rossi of Li’l Georgie and the Shufflin’ Hungarians fame. They will be surrounding saxophonist, singer, songwriter and pianist Paulie Cerra, who has been on the road with guitar slinger Joe Bonamassa. 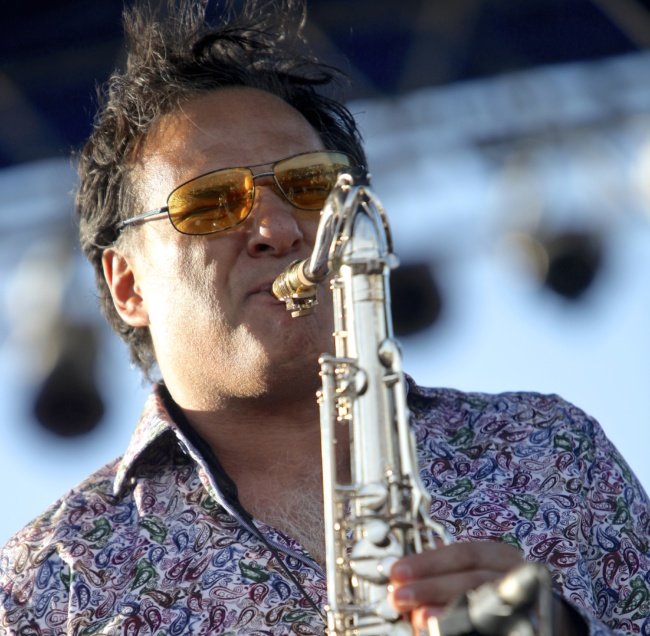 Tickets to the show are $20 in advance, $25 at the door. Visit palaceonjames.com for information.

Cerra started as a saxophonist, playing in the Jamesville-DeWitt High School jazz band. He had a band with Mauro and the pair toured together for several years before they parted ways. Mauro moved to New York City while Cerra bounced around from Chicago to Nashville before landing in Los Angeles in 2000. Today, Mauro and Cerra live just blocks away from each other in LA.

“He’s been one of my best friends forever,” Cerra says. “So we’re all coming back to make a little noise.”

Although each has found significant success, the path wasn’t always easy. Just five years ago, Cerra had all but given up on music and was working at a Trader Joe’s in Los Angeles.

“I quit drinking and basically had to quit playing music the way I was doing it,” he explains. “I was relying on music for my income and I was unhappy. I quit doing all of that.”

He was stocking produce during one shift when he got a call from trumpeter Lee Thornburg. “He said, ‘I need you to check your calendar for all of next year,’” Cerra recalls. “I said, ‘Let me call you back. I gotta put my notice in.’

“I had stopped relying on music for my income so I could fall in love with music again. I put a lot of shit aside in my life and learned that if you’re not happy with the shit you’re doing, change it. Jump and the net will appear. It really worked. It’s not just a thing to say; it’s something I literally applied in my life and it worked. I could have remained an unhappy, bitter, miserable musician. It helped me step back and make the music I love.” 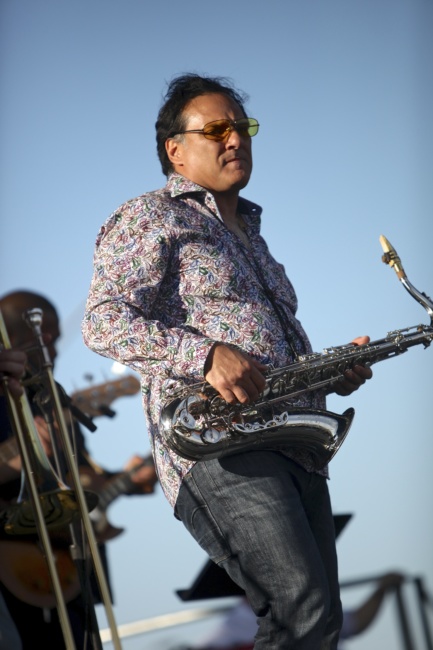 Since that phone call, Cerra has been touring for three years with fellow Central New York-born musicmaker Joe Bonamassa. His latest stretch had him gone from July until this month, with just five weeks off during that time, one of which he spent on the road with Larry Carlton.

“It’s been a grind, but it’s really great and the bank account is doing fine,” he says.

Although Cerra plays saxophone in Bonamassa’s band, he’s also an accomplished singer and songwriter. Cerra didn’t start singing until he moved to Los Angeles, but today it’s just one of several jobs he gets called to do.

“I’m a sax player first,” he says. “For people to call me as a singer or piano player, it’s kind of strange for me.”

Cerra has also learned from his time with Bonamassa. “The guy is the most prolific studio guy,” he says. “He’s 40 years old and has something like 36 albums. Just this year we did a studio album, then he did a Black Country Communion record, then Beth Hart and a DVD live at the Sydney Opera House. He’s always working. It’s an interesting thing to see from the inside.”

Cerra also notes that Bonamassa has a unique approach to his live show. “Everything he does on stage is controlled: lighting, all the sound, it all comes with us,” he says. “He sees it as the set is the product. He wants to give the same show tonight that he did four or 20 shows before to show people the best representation of what we do. It’s usually a two-year cycle of touring that covers the entire planet. Everybody gets to see that show. There’s no room for error.”

In January, Cerra and Bonamassa will co-produce a powerhouse album featuring the band’s keys player Reese Wynans, who has performed with Stevie Ray Vaughan and many others.  The album will also feature guest artists spanning Susan Tedeschi to Sam Moore of Sam and Dave.  Despite Cerra’s major successes, his advice for artists reflects the times that weren’t filled with tour buses and five-star hotels.

“Assess where you want to be and what is helping you get there and what’s not,” Cerra says. “For me, drinking was a problem, but it wasn’t the problem. The problem was that I was approaching music and life from the wrong angle. Quit doing the things that don’t make you happy. You don’t have to medicate yourself into numbness.

“And if you want to be a musician, work your ass off, plain and simple. Practice every day. Learn how to write a song. Learn a new instrument. That’s what I learned all these years as a sideman in the studio: Learn how to make the song happen. I don’t want the latest and greatest guy who can set himself on fire and do a back flip over the drums. I want a guy who can sit down and play the song.

“That’s it: Be happy, work your ass off and be nice. I humbled myself to work in a grocery store and change direction, and everything’s been good since.”