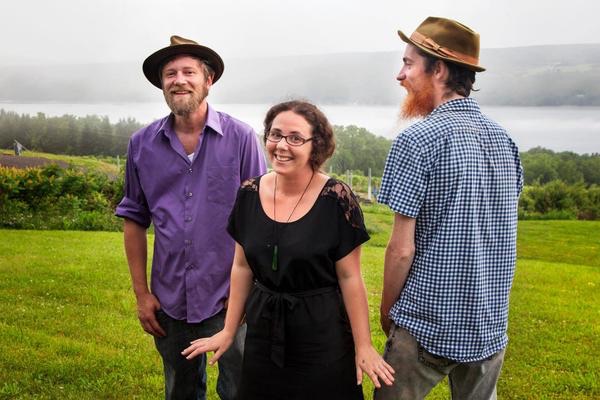 Since its first show on Dec. 15, 2011, the band Milkweed has experienced several incarnations. Beginning as a duo with Jacqualine Colombo and Claire Byrne (of Driftwood), the current trio features Colombo, primary songwriter Joseph Alston and Peter Lister.

They’ll bring their Americana music to May Memorial Unitarian Universalist Society, 3800 E. Genesee St., for a Folkus Project show on March 16th.. Admission is $15. Visit folkus.org or milkweedtheband.com for information.

Milkweed’s sound features rich three-part harmonies and mixes storytelling lyrics with blues harmonica and bluegrass guitar. The Binghamton-based group has found success touring the East Coast, although the love of music settled into Colombo years before she ever thought about touring.

“I grew up with music,” she recalls. “In my family, there was lots of singing, dancing, music.”

She started working at Cyber Café West in Binghamton 13 years ago, where cafe owner Jeff Kahn played weekly with his band Monkeys Typing. Kahn began bringing Colombo up to the stage more often. 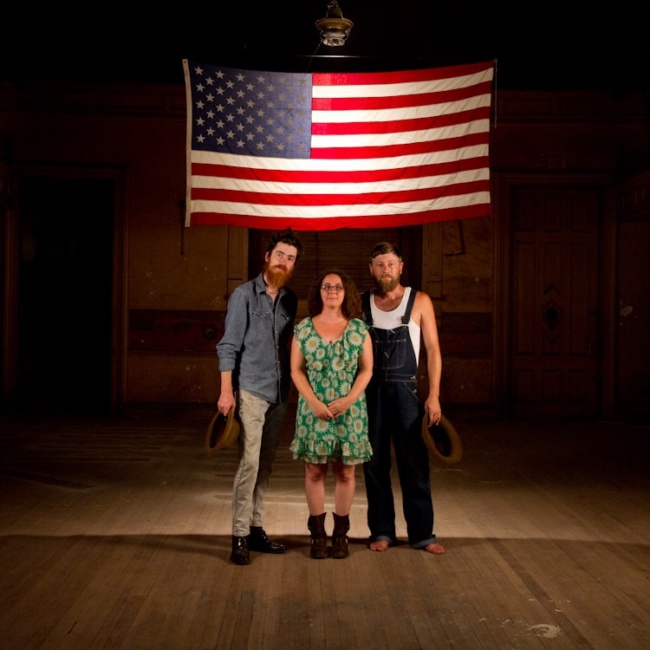 “I realized then that I wanted to do this,” she says. “I started working a lot vocally and sitting in with other bands.”

In 2011 Colombo started the Milkweed duo with violinist, guitarist, singer and songwriter Byrne. Later, they brought Bess Greenberg into the mix.

“She (Greenberg) expressed interest in learning upright bass,” Colombo says. “We said, ‘If you can do that, we’d love to have you in the band.’ In about a month, she learned all the songs, and Milkweed became a trio.”

By the end of 2012, the group invited Alston to join the act. Alston and Colombo, who have now been in a relationship for 11 years, decided to try being in a band together.

“We thought it could be fun to travel all the time and record,” she says. “Surprisingly, it’s worked really well. He was touring for years before I decided I wanted it to be my career. When we made the decision to do it together and I quit my day job, he was nervous about how I’d be on the road. I think I really surprised him. I can be a road warrior out there. For us, it works great and it’s really nice to have a partner I get to see all the time and collaborate with.”

By 2015, Byrne was too busy with Driftwood and Greenberg had her own musical project. With a major tour planned for that summer, Milkweed needed to find another upright bass player.

Alston had met Lister on a tour years earlier and kept him in mind, even though Lister lives in New Jersey. “I thought, ‘He lives in Jersey! Why would he want to come on tour with us?’” Colombo says.

Yet despite her skepticism, Lister was immediately interested. “Joe just randomly wrote him and he got the music down quick and jumped in the van,” she says. “I think he loved it and we loved him and he’s stuck with us ever since.” Their first show with Lister was on Aug. 10, 2015.

The group continues touring and just finished an EP released on New Year’s Eve at Ithaca’s The Haunt. Although the trio is all acoustic, they took the same songs and added a six-piece electric band featuring drums, electric guitar and keyboards behind them.

Milkweed has toured from Maine to Georgia and keeps up a regular regional schedule as well. “It’s been a lot of miles on the van,” Colombo says. “We have a 12-passenger van named Fred.”

Although the group has found success, “It’s not as easy as it looks,” Colombo admits. “For people that want to do this for a living, it looks like a very glamorous lifestyle. But it can be pretty hard on the road. I would advise someone to be prepared to be broke for a while. You can lose faith quickly. Stick with it and keep working really hard.”