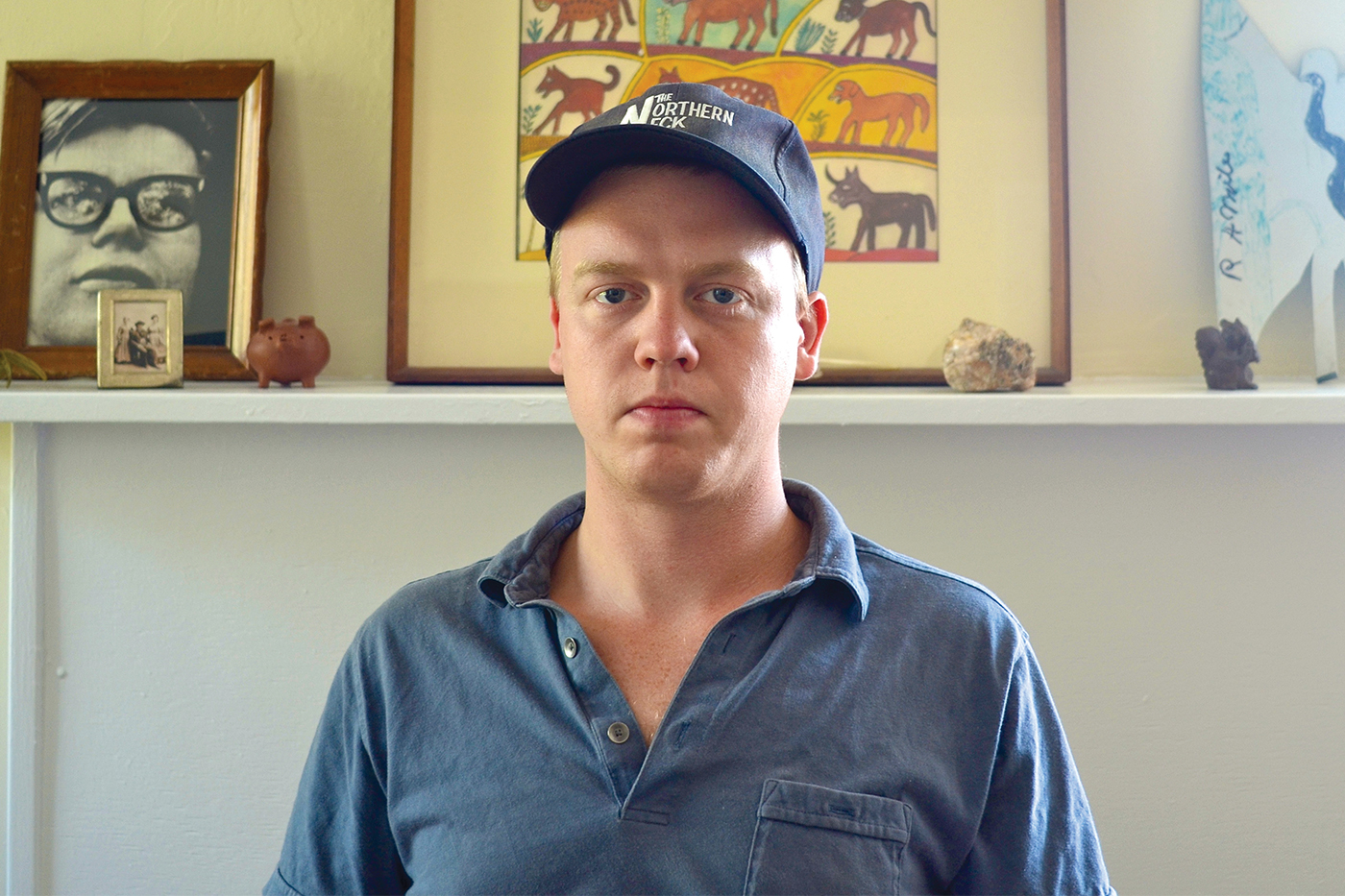 Guitarist Daniel Bachman strums his way to the Center for the Arts.

What you see and hear is what you get with 27-year-old musician Daniel Bachman. In fact, his website bio plainly states his year of birth and that he is a guitarist living in Virginia. He’ll be visiting Central New York for the first time on Friday, Oct. 14, for an 8 p.m. show at the Center for the Arts, 72 S. Main St., Homer. (Tickets are $15 for adults, $12 for seniors, $10 for students, and free for military and veterans, age 17 and under. Call (607) 749-4900 or visit center4art.org for information.)

He’s an energetic, hard-working finger-picker flying by the seat of his pants and spending a significant amount of time on the road. At the time of his phone interview with the Syracuse New Times, however, he was in the kitchen of his parents’ home fixing up a lunch of chicken and mushrooms.

Have you ever been to upstate New York?

I’ve been all over that state. I’ve played in Rochester. I’ve never been to Syracuse. I’ve never been to Ithaca, but I’d also like to go there. The next closest place I’m playing is Western Massachusetts, Turners Falls, which is right outside of Northampton.

I don’t really have any connections up there, so I don’t stop a lot. Ty (Marshal, executive director at the Center for the Arts) cold-called me. I wouldn’t be coming up that far if he hadn’t gotten in touch.

On your website, it says you have some new material coming out.

I do have an album coming out next month. It’s self-titled. (Laughs.) It’s my name! I tried really hard to come up with a name for it, but I just couldn’t. Nothing worked. I’ve never done a self-titled album before, so I figured now would be a good time.

This is another reason why I’m coming up. I make most of my money doing live gigs, whether I have a new record coming out or not. So I have to stay on the road. This is kind of the October tour.

Do you have concepts to your albums, or are they comprised of the most compelling material you’ve written at the time?

It’s hard to say. Sometimes a concept evolves. You see one beginning: Yeah, OK. I’ll run with that.

I release an album every year. When I look back six, seven or eight years ago, they are kind of like bookmarks. The albums are a year in my life. They are diary entries. Sometimes it’s a really happy record, sometimes another is more sad.

Your songs are instrumentals. Do you not like to sing?

Well, I never really sang. There are recordings where I have my voice on there. I never really did it. When I started getting into this kind of music, especially older music — old-timey, blues and early country — I was more into the music.

I saw other examples of people playing the guitar and not singing. I was like, aw, man, I want to do that. And I’ve worked at it. It wasn’t a conscious decision. I’m not opposed to singing, but I don’t think I’d sing with an acoustic guitar. Maybe if I was in a rock band.

Did your family have any musical influence on you?

My grandfather was a professional musician. I think he went to an offshoot school of New York University in the 1930s, and he was into big band-type of stuff. He played trumpet and played in the Army band during World War II. It’s cool. He got to go all around the world and play tunes.

My other grandfather was a musician, too. I guess I’m another one in line. I’m doing it right now.

What about other musical influences?

There are tons. I’m a big music fan. I like weird electronic music, and I like soul and gospel. There are so many guitar players I enjoy. I’m trying to play like John Fahey and Jack Rose. Those are the big guys I look to as examples to set my career after. And Alan Wilson from Canned Heat: He’s amazing.

What sparks your songwriting process?

I have to be happy. I can’t write songs if I feel shitty or depressed. The way I do it, I just play. Some days I’ll play for three hours, other days I’ll play for six. I have recorders. If I have a good idea, I’ll record it. Some of it is improvisational, but it’s not as much as I’d like. The songs are pretty composed. The process takes about a year. It’s like putting together a puzzle.

“Won’t You Cross Over to That Shore” is a great representation of your songs being cathartic and meditative.

There is a meditative aspect to it. With instrumental music you can’t say your emotions. You can’t say you’re sad or happy. You have to try to get that through. All these songs, and especially that one, are emotional. They’re big moments of my life in a year or two.

I first really got into the United Kingdom stuff. I really like Burt Jansch a lot. I had a teacher who was really into him and John Martin. Then I delved into the American stuff.

Can you talk about your global traveling experiences?

I’ve been to a lot of places. I’ve performed in Australia and Europe eight or nine times. Istanbul was nuts. I played in front of 500 people with no connection or idea of who I am, my style or what my goals are. It’s completely lost in translation.

But it’s cool. Life is different over there. It’s easier. They give you a good fee, a private place to stay and food. People treat musicians in a different light. I have friends over there, and the government pays for their life.

That definitely doesn’t happen here. Sometimes over here you’ll get a McDonald’s gift certificate. I played Iowa in April, and I got paid five bucks. It was insane.