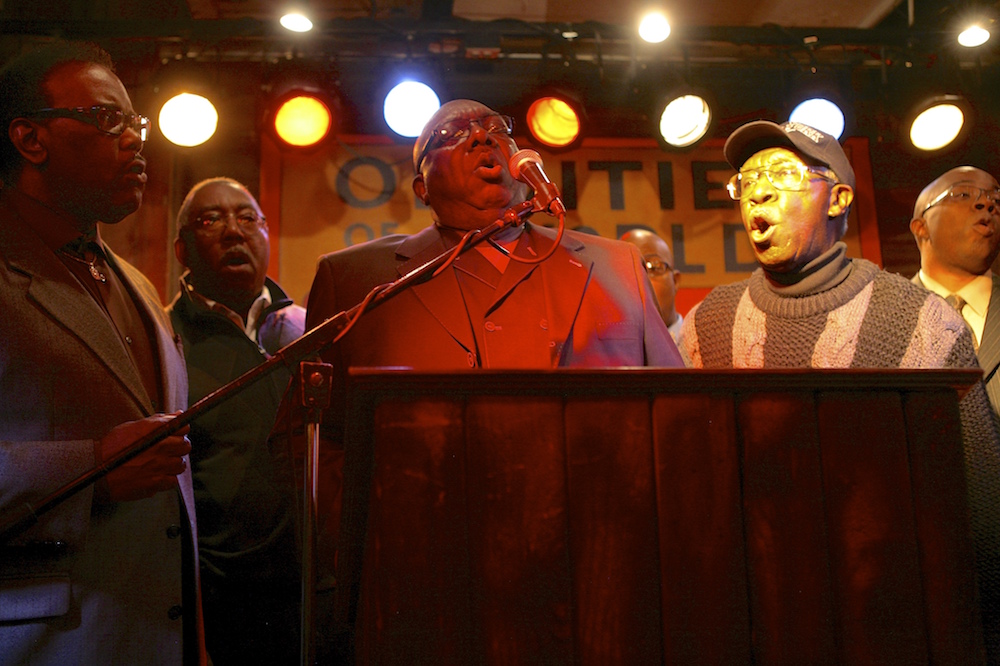 Gospel group Bells of Harmony is taking a step back.

Fifty years ago Charles Cannon left a little town in Georgia and headed for the Salt City, where several cousins had already migrated. “I was making $1.25 an hour,” he recalls. “I needed to better myself.”

The transition went smoothly. “It was a Monday. I went to General Motors in the morning, filled out an application, and started working that night.” What Cannon missed, however, was the gospel singing that had provided his spirituality since age 10.

So Cannon gathered family members and formed the Bells of Harmony. The gospel unit received a Lifetime Achievement Award when it was inducted into the Syracuse Area Music Awards (Sammys) Hall of Fame during the March 3 ceremony at Upstairs at the Dinosaur Bar-B-Que. 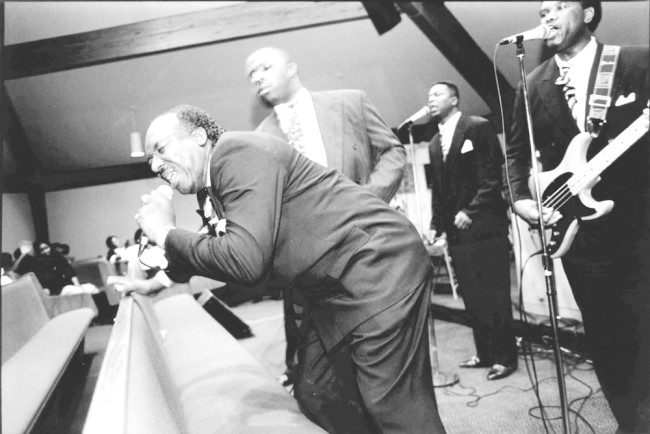 But an unexpected announcement slipped into his acceptance speech: Cannon shocked the gathered veterans of the local music scene with a quick reference to the group’s anticipated farewell. Many seemed not to have heard it, but those closest to the podium shouted, “NO!” in disbelief.

In an interview a week later, Cannon clarified the group’s plans for the future. Noting that he never dreamed of a Hall of Fame possibility, unaware that people in other musical genres had any knowledge of his group, he said calmly, “We won’t be quitting, just retiring. I’ve got health issues which won’t allow those three-day trips on the road. Now when we go to New York City we’ll come back the same day.”

For Cannon, New York City performance memories are matched by meaningful connections with the local Central New York community, at senior citizen centers, neighborhood parks, Juneteenth celebrations and the New York State Fair. High on his pride list are designation as the No. 1 group at the Central New York Gospel Explosion just two years after the Bells of Harmony formed, and also serving as an opening act for the Grammy Award-winning Mighty Clouds of Joy at Tucker Baptist Church on Oakwood Avenue.

Actually, plans to limit performances had been discussed for a year by Cannon and Howard Wright, who joined the group two years after it formed. The two are the only Bells of Harmony veterans remaining from the 1960s.

“It’s just time,” Wright observed. “We’ve been up and down the road. It’s not going to be easy. We’ve touched a lot of lives. But we’re getting older. We might get together once a year for something special.”

The first “something special” will be a gala 50th anniversary concert on Saturday, April 30, 5 p.m., at the Double Tree Hotel, 6301 Carrier Parkway in East Syracuse. Appearing with the Bells of Harmony will be the local group Foundation and the Gospel Legends from Columbia, S.C. Tickets for the black tie affair are $50 and need to be purchased by April 1 at Collins Barbershop, 309 S. Crouse Ave. For information, call Kelvin Cannon, 807-3153, or Calvin Carter, 383-1411.