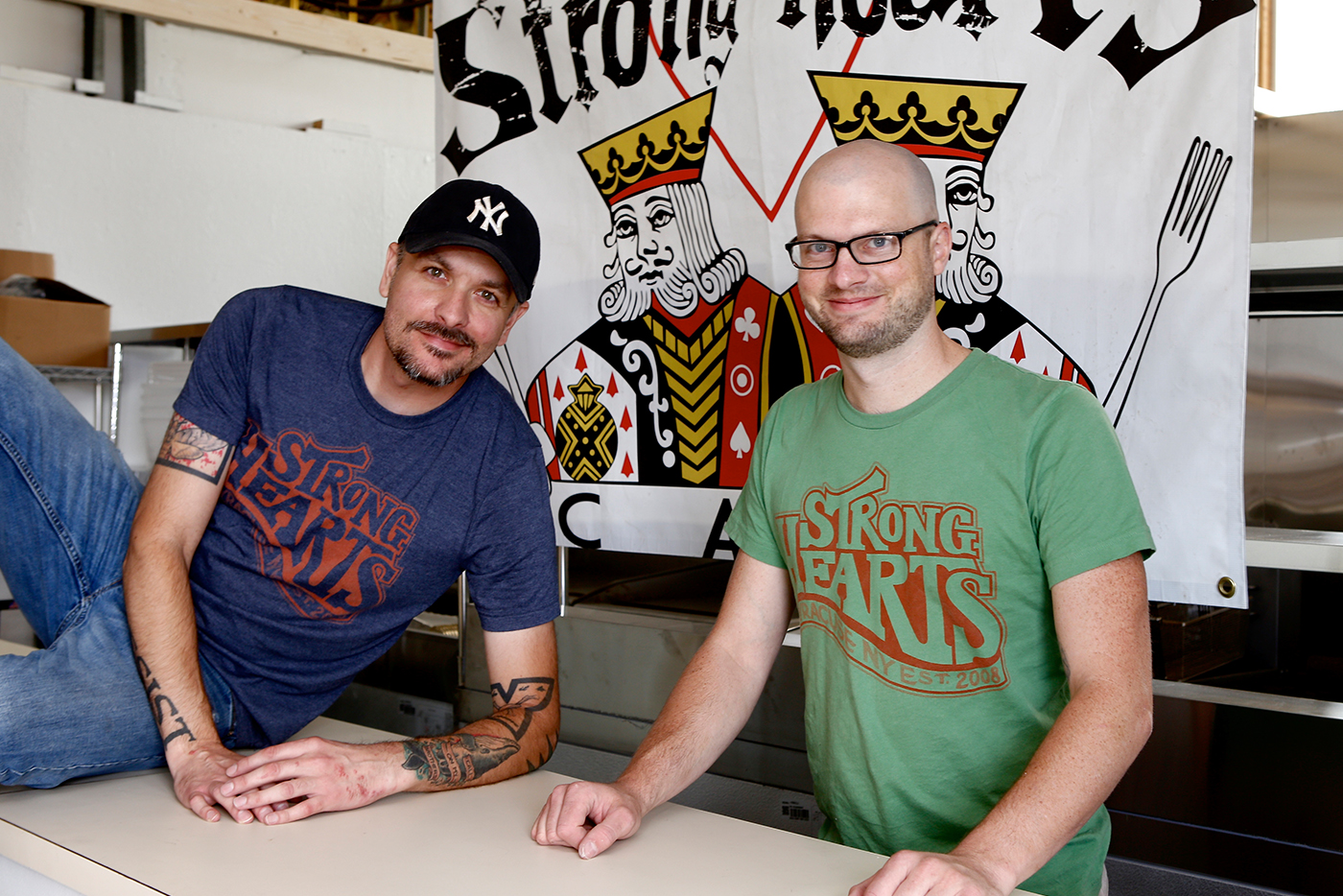 More healthy choices are on the many menus.

If you can deep-fry it, or spear it with a stick, you can find it at the New York State Fair. Amid all the traditional fair fare and deep-fried deliciousness and decadence, however, some local and relatively healthy and wholesome offerings can also be found.

Acting fair director Troy Waffner is committed to finding ways to appeal to diverse audiences and add more local flavor to the fair foodscape. This year, Catering by the Oaks will operate the first-ever kosher food stand; look for it inside the Horticulture Building. Last year, the State Fair welcomed Syracuse’s Strong Hearts Cafe, which became the first all-vegan/vegetarian restaurant in the fair’s history. Strong Hearts will return to the International Building with deep-fried vegan wings, salads, its signature milkshakes and more.

If you haven’t given much thought to State Fair food since last year, you might find yourself scratching your head as you search for old-favorite stands. About a dozen of the fair’s approximately 200 food vendors, including the Villa Pizza Fritte, Davoli’s Trackside, The Shamrock and others, were displaced by the renovation of the fairgrounds and demolition of the Grandstand and racetrack. Some will be at new locations; others are not returning. Waffner says it’s a good time to make use of the State Fair’s interactive map.

Here are some tasty food highlights at the State Fair, which runs Thursday, Aug. 25, through Sept. 5. Rolaids on a stick, anyone?

Thanksgiving in August: Jim Hasbrouck, who operates the fried specialties booths at the fair, says he spent last winter perfecting his new offering: the New York Harvester. It’s everything you love about Thanksgiving — turkey, stuffing, mashed potatoes and cranberry sauce, plus bacon and cheese sauce — deep-fried and piled on sourdough bread. It weighs in at two pounds and who knows how many calories.

Introducing kosher fair food: Catering by the Oaks’ menu will include deep-fried apple blintzes served with brown sugar and cinnamon, deep-fried matzo balls with ranch dressing on the side, and deep-fried cheese-filled knishes served with sweet syrups. You’ll also find bagels, lox and salad, if you prefer something not fried.

Pakistani food pop-up: Some of the most original food will be served at With Love, Pakistan. The pop-up restaurant, featuring a menu of popular fare from Pakistan, will take place Saturday, Aug. 27, during regular fair hours and will be located at the back of Chevy Court.

With Love, Pakistan is a project of My Lucky Tummy, an organization that spotlights the world of food among Syracuse’s immigrant and refugee community. My Lucky Tummy offers pop-up food court/dinner events and has teamed with Onondaga Community College to open a restaurant and culinary school on Syracuse’s North Side this fall. For more information, visit facebook.com/My-Lucky-Tummy.

Move over, wine slushie: In another State Fair first, Beak & Skiff Apple Orchards of LaFayette is partnering with the fair and beverage catering company ROC Marketing Events to offer the McIntosh Apple Slushie. The drink is a blend of Beak & Skiff apple cider and 1911 Spirits apple wine. Also making its State Fair debut is Disco Lemonade, New York’s first cocktail in a can, produced by Life of Reilley Wine and Distilling Company, Cazenovia. Disco Lemonade is a blend of Life of Reilley’s premium raspberry vodka, lemonade and mint. It will be served exclusively in the Empire Room.

Food trucks rolling in: The Taste NY Food Truck Competition returns Sunday, Sept. 4. More than 20 food trucks will set up around Chevy Court, offering $2 samples and preparing one of their signature appetizers, entrees and desserts using New York state ingredients for a panel of judges (including myself). Last year’s Judge’s Choice winner was PB&J’s Lunch Box, of Syracuse, owned and operated by Pat Orr. Fairgoers will again cast votes for the People’s Choice winner. Some food trucks, including Syracuse-based The Chicken Bandit and Toss ‘n’ Fire Wood-Fired Pizza, will be State Fair vendors for the full 12-day run.

On the move: The Taste NY Market, now located inside the Horticulture Building, is a way for fairgoers to connect with food and beverages grown and produced in New York state. You’ll find everything from cheese, maple syrup, mustard, jams, jellies, jerky and barbecue sauce to coffee, tea, wine and craft beers. Sample foods and meet the people behind the products. For a list of vendors and daily schedule, go to nysfair.ny.gov/food-drink/taste-ny.

Burn some calories: On Wednesday, Aug. 31, admission to the State Fair is $5 for anyone who bikes there. Mello Velo Bicycle Shop of Syracuse will also hold a Ride for $5! group ride to the fair. The ride begins at 9:30 a.m. at the Salt Museum at Onondaga Lake Park. Participants will bike along the western extension of the Onondaga Lake Trail, through the new Lakeside Amphitheater and to the State Fair’s main gate. Participants must sign a waiver, wear helmets, register in advance and enter through the main gate to receive discounted admission. Pre-register online at bikereg.com/ride-for-5. Day-of-ride registration will be available starting at 8:30 a.m. at the Salt Museum.

Once there, Mello Velo will provide a secure, VIP bicycle holding area behind the Toyota Exhibit. The shop will also have an information tent outside the Science and Industry Building.

Free and Fabulous
A New Fair-Do
To Top