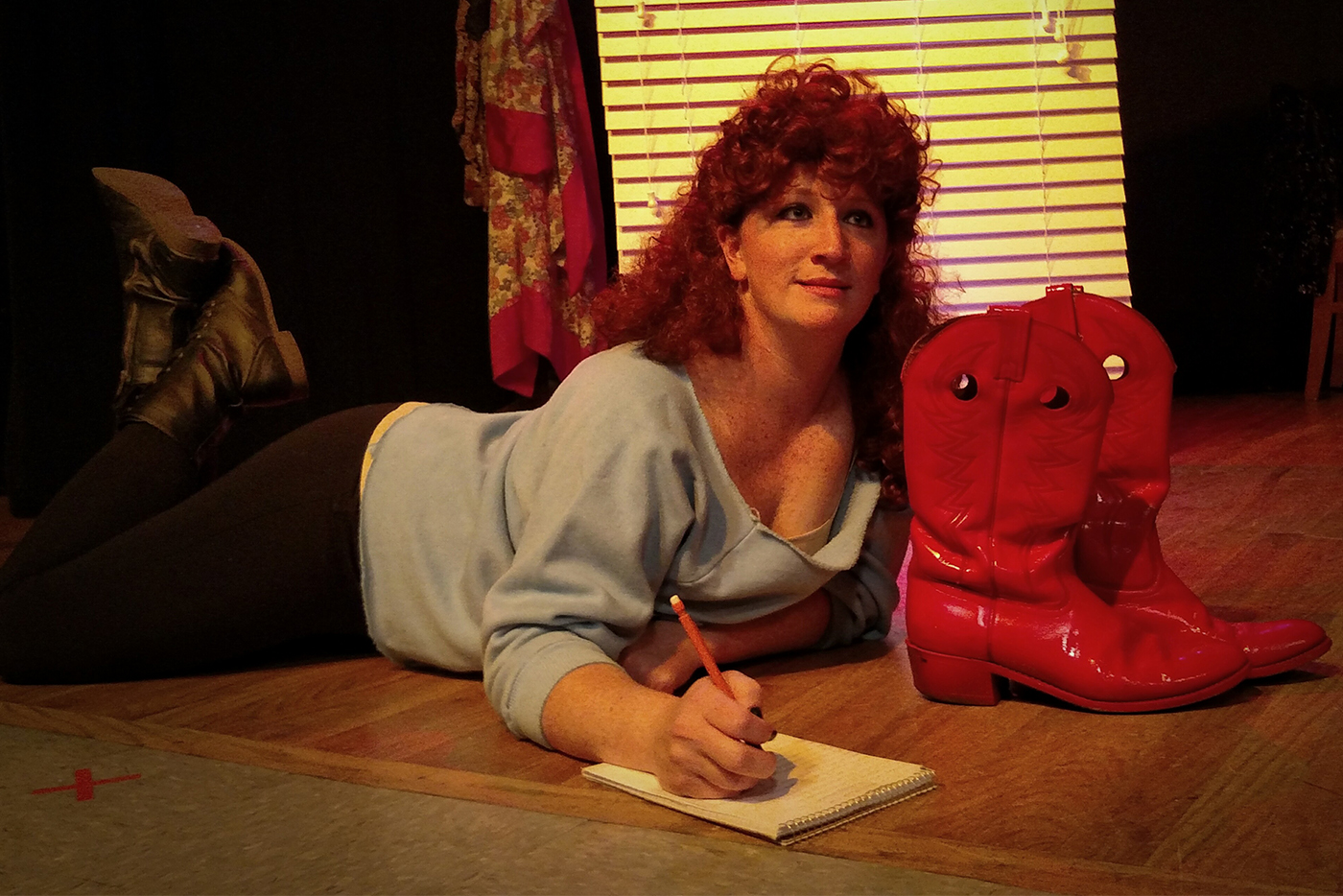 “Tell Me On a Sunday”‘s whirlwind of songs puts Erin Williamson’s vocals on display.

A song cycle is a black swan of musical theater. We see one so rarely we could easily mistake it for something else.

Shortly after completing Evita in the 1970s, Andrew Lloyd Webber composed a series of songs with different tones and themes to be sung by one woman. The 19 heard during Rarely Done Productions’ Tell Me On a Sunday (running through Nov. 19 at Jazz Central, 441 E. Washington St.) present a subtle narrative of travel, romance and disappointment. The most poignant is “Tell Me on a Sunday,” sung by an unnamed British girl coming to the United States, which provides a splendid showcase for much-loved local performer Erin Williamson.

Getting Sunday on the boards has been an eight-year labor of love for director Dan Tursi, who first saw it on television. In the meantime Sunday has gone through constant transmutations, and getting one’s hands on it has been like trying to capture a cloud in a bag.

The first version appeared at the Sydmonton Festival in 1979. Since then the songlist has swollen past 30 for a while, with the title changed to Song and Dance, then changed back. New words were added by Richard Maltby Jr., and later rejected. One revised narrative had the girl staying in Britain and having different adventures. Bernadette Peters won a Tony for a 1985 Broadway production. The current version, the only one produced in North America this year, has lyrics by Englishman Don Black (Academy Award winner for “Born Free”), and the singer lands in New York City to get started.

Remembering again that this came right after Evita, a big, brassy show, we can see Tell Me On a Sunday is a decided contrast, an intimate chamber piece ideally suited for Jazz Central. There are phrasings and chords that evoke other Lloyd Webber items, especially Cats, only here done in miniature. Williamson is all understatement and restraint here, not only in vocal delivery but in hundreds of cues and subtle gestures. For an hour and a half, with intermission, Williamson is on every minute.

Although Lloyd Webber is a master of popular idiom, his artistic ambitions in Sunday parallel those of classical composers like Franz Schubert and Gustav Mahler. The music seeks to achieve more feeling with less volume. Each of the 19 songs could stand by itself, regardless of its place in the narrative. That’s why different directors, including Lloyd Webber himself, have been able to shift them around.

Williamson has clearly established a good working relationship with music director Abel Searor, who also directed her in last summer’s Evita at Central New York Playhouse. Searor’s keyboard is augmented by the combo of Erica and Zach Moser. They know each other’s tempos like a well-established team. They move easily within different emotions, from exuberance through loneliness to regret. One of the most interesting numbers celebrates and spoofs the chic affluence of Los Angeles, “Capped Teeth with Caesar Salad.”

Saucy in a red curly wig, like a younger Samantha Eggar, Williamson coos in a defined British accent throughout, with fronted vowels and softened r’s. She’s middle class and suburban, not Eliza Doolittle, but we do see the Union Jack overhead. The singer wants to embrace America, but she is a stranger in the land familiar to us. Eventually Debbie Ritchie’s costumes allow her to don Yankee clothes, like college sweatshirts.

Moving to America primarily means seeking a green card (work permit) and secondarily meeting men, even though the singer tells friends back in England she does not want to become a career woman or a user of men. Most Brits are aware that we are easily charmed by their accents, and she snags a fellow right away. But disappointment also comes early when she learns that he has been cheating on her.

A second male interest is Sheldon Bloom, a Hollywood producer who takes her to California, but she soon realizes that Sheldon is more devoted to his career and favors her only as a trophy. “Tell Me on a Sunday,” placed here, is the most wrenching number in the cycle. Then it’s back east for an entanglement with a faithless salesman before an accommodation with a married man, although she ultimately refuses to become a homewrecker.

As well as anyone can remember, Tell Me On a Sunday is the first non-cabaret, one-woman musical production. Erin Williamson has been preparing for this through dozens of lesser roles and leads. It’s a tour de force. She can break your heart.