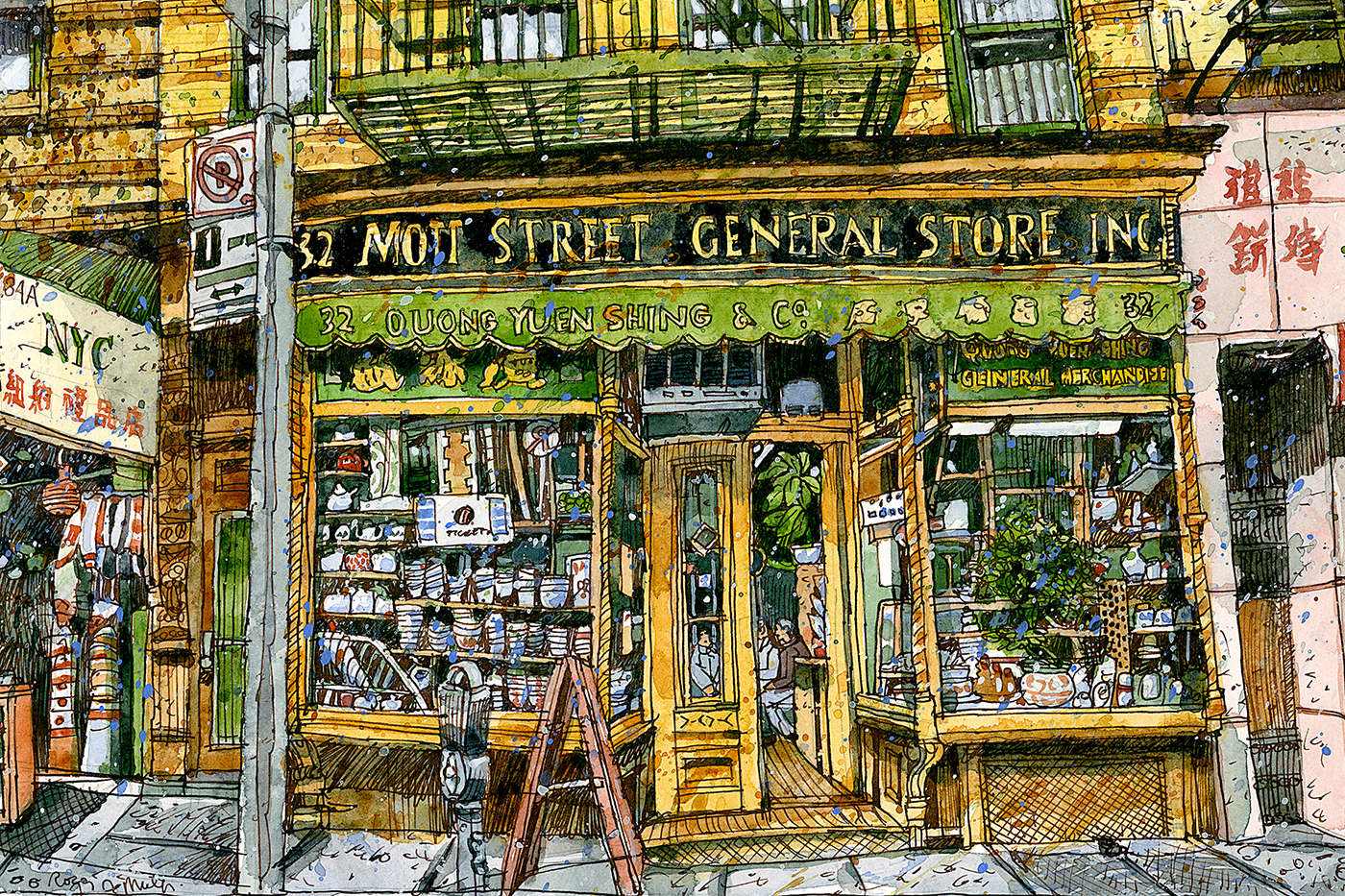 When a gallery puts together an exhibition featuring three veteran artists, there are lots of possibilities for the final lineup. Paint & Clay & Silver & Gold, at the Edgewood Gallery, clearly is that type of show. It displays work by Roger Demuth and Naomi Demuth, husband and wife, and Susan Machamer, all of whom have made art for decades.

For instance, a painting of buildings in Opporto, Portugal, emphasizes rooftops, windows, weathered walls and an exterior lamp, rendered in earth colors. “Moorish Spring House,” set in Sintra, Portugal, centers on a structure providing an example of Islamic architecture, a style most influential in Portugal many centuries ago. Yet the viewer’s eye is also drawn to a nearby fence and forest.

And Demuth did a painting of a town square in Vicenza, Italy, where two tall statues play a key role. However, they don’t dominate the work; they are merely part of the square.

“Garden Totem No. 1” by Naomi Demuth.

Elsewhere, the artist uses a variety of approaches to portray his subjects. He offers a panoramic view of the Forum in Rome, Italy, and a tight look at a Unitarian cemetery in Charleston. The latter work doesn’t depict row after row of tombstones; instead, it focuses on a small section of the cemetery.

In another painting, New York City’s 59th Street Bridge appears without traffic or any sign of humanity. The work is robust and hyper-physical, as it celebrates the bridge’s size and heft.

Demuth is also comfortable depicting a series of storefronts in a New York City neighborhood, working with signs and doorways among other elements. This, and other paintings, reflects not just his longtime experience as an artist but also his skill as a visual interpreter.

Naomi Demuth, meanwhile, has more than 20 ceramic forms on display at Edgewood. They include a bowl inscribed with fish figures, another bowl with abstract patterns, a lidded jar and several pieces from her totem series.

Over the years, she’s created a bunch of totems, in which ceramics are mounted on a steel post. The works at Edgewood demonstrate how she plays with this format. “Totem No. 8” encompasses figures at its top, seven ceramic segments, patterns such as diamonds and squares. “Totem No. 7” is smaller but still a fine artwork. And “Totem No. 5” has its own identity, helping to make a larger point: Demuth’s ability to avoid repetition in her totems.

She also features three works referencing barnacles. “Green Barnacle No. 2” spreads out over a ceramic surface, portraying a mass of barnacles. It’s visually and conceptually interesting.

Finally, Susan Machamer, who creates hand-crafted jewelry in silver and gold, has several items on display: rings and necklaces, bracelets and earrings.

The exhibit samples her works and those created by the Demuths, showing just a small portion of each artist’s portfolio. However, the show displays enough pieces for viewers to get a sense of the artists’ creative energy. Beyond that, the exhibition showcases some fine individual artworks. Lastly, it’s well-organized and cohesive.