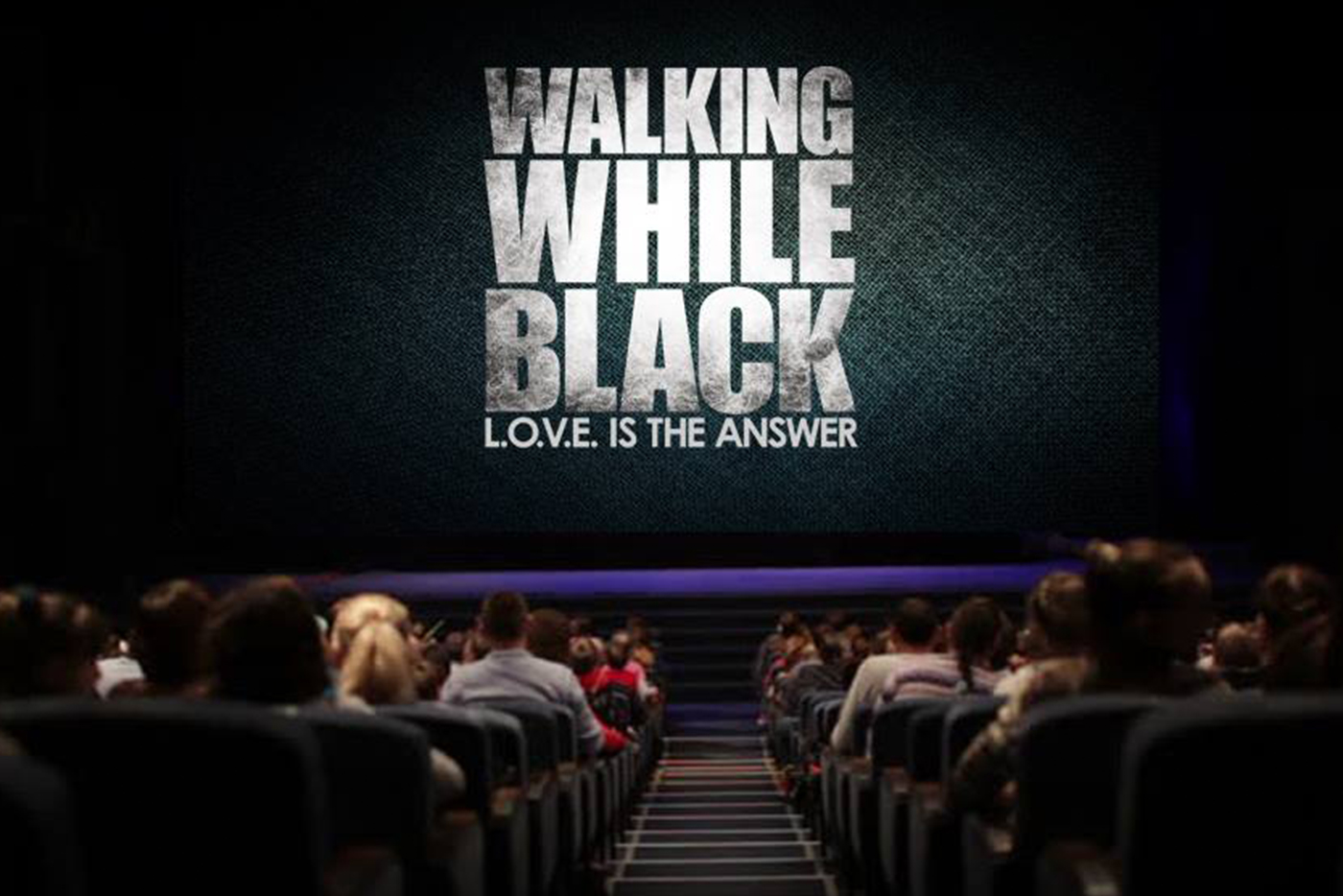 Community members to convene at L.O.V.E. Is The Answer Conference.

On June 6, 2012, film producer-director A.J. Ali was going for a walk in his own community of Howard County, Md., when an incident with a police officer became the catalyst for a documentary.

“The experience I had with him and two other officers who joined him shortly thereafter led me to file a formal complaint because I feared for my life,” Ali said. “The department’s subsequent handling of the complaint, coupled with my wife and I being targeted for harassment by several members of that police department over the course of the next year drove me to make the film.”

Walking While Black: L.O.V.E. Is The Answer is the product of that incident. In 2016, Errol Webber, an award-winning cinematographer and Maryland Institute College of Art alumnus, joined the effort just before filming began. The two worked together to address racial profiling and other abuses of power through an influential form of art.

Ali recalled at least a dozen other times that he has been racially profiled by police and “more times that I can remember” by store security and other people of authority.

On Saturday, Oct. 21, 8 a.m. to 6 p.m., the L.O.V.E. Is The Answer Conference takes place at the Gathering Place, inside the North Syracuse Baptist Church, 420 S. Main St. Several police and security entities, leaders, students and people who starred in the film are expected to be present at the event.

Bobby Kimbrough, a former member of the U.S. Department of Justice for more than 30 years, is slated to be in attendance. Kimbrough recently accompanied Maryland Congressman Elijah Cummings at the 2017 Congressional Black Caucus and is the author of Surviving the Stop, a book about healing relations between police officers and the African American community.

Dr. George Miller, lead pastor of the Gathering Place, and Ali have a longstanding personal relationship that contributed to the North Syracuse church being the location of the first conference.

“He’s chairing the Syracuse event because he is a champion for reconciliation,” Ali said. “Together, we hope to create something special that can spread to other cities throughout the United States.”

Gathering Place associate pastor Larry Taylor is one of the main event coordinators of the conference. He earned a master’s degree in social work at Syracuse University and was a member of the Campus Crusade for Christ International for 13 years with his wife.

“The movie is more of an awareness tool and a vehicle for police community reconciliation, especially as it pertains to race and ethnicity issues,” Taylor said. “What happens afterward to the film can be and is intended to be something that people take and attempt to use in smaller kinds of venues that not only heightens awareness, but talks about how can we make the love acrostic applicable to our communities.”

Taylor believes that one of the biggest dividing issues is that many white people see discrimination as a black people problem, not a community issue. He insists that communities need to begin seeing it as everyone’s problem so peaceful discussion can take place and solutions can be worked on together.

“We’re concerned, as many other people are, about the police-community relationships that exist in not only the city of Syracuse, but in our surrounding communities as well,” Taylor said. “We just want to be part of the answer, rather than contributing to the problem.”

Ali bets that people on both sides of the issue with an open mind and 94 minutes of time to view the film won’t walk away unchanged inside. Not only does Walking While Black showcase the problems at hand, it offers viable solutions that benefit both peace officers and the community.

“The subtitle of the film is L.O.V.E. Is The Answer,” Ali said. “L.O.V.E. means to learn about the people in your community, open your heart to their needs, volunteer to be part of the solution in their life, and empower others to do the same. We’re teaching people how to love each other. Join us.”

The movie screening and a question-and-answer session is free and open to the public. A 5-minute film competition created by the filmmakers will also be a topic of discussion at the conference. Syracuse area teens and police are encouraged to pair up to present their interpretation of what L.O.V.E. Is The Answer looks like. The competition runs through December 2018.

Conference tickets for full-day participation, which includes lunch, guest speakers and a variety of workshops, can be purchased through the Gathering Place’s website, tgponline.org, for $20 in advance and $25 at the door.