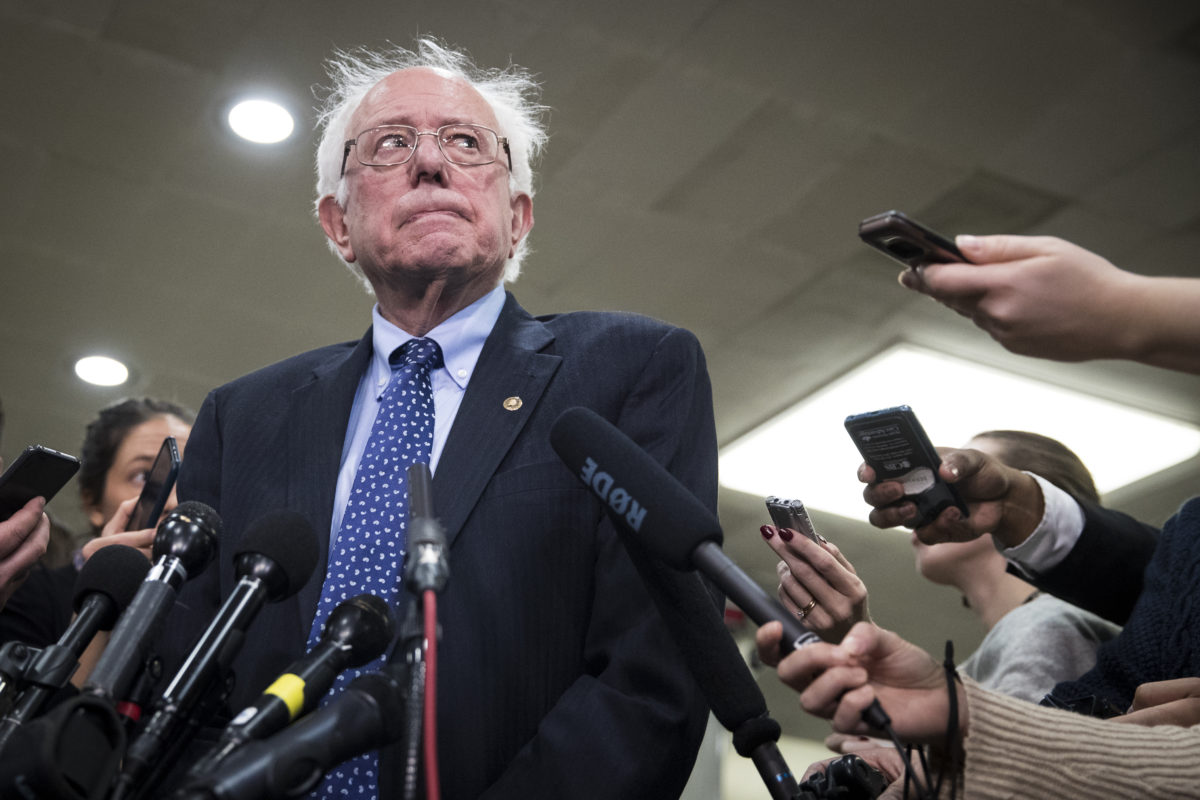 Bernie Sanders, the candidate who captured progress hearts in 2016, is more than capable of doing it again in the 2020 presidential election.

In the days leading up to the Iowa caucuses in 2016, The Associated Press published an article that perfectly framed the question that would help decide who the Republican presidential nominee would be: Does Donald Trump have actual voters or just passionate supporters?

Trump’s second-place finish in the caucus, followed by his dominance in the primary race and eventual White House victory, put that question to rest.

Bernie Sanders had come into the race eight months earlier virtually unknown outside of Vermont and stunned political pundits with his strong performance in the Iowa caucus, finishing just 0.2 percentage points behind Hillary Clinton.

Just like Trump, Sanders’ populist appeal was severely underestimated at the time. And while Trump eventually prevailed in the nomination that Sanders didn’t, Sanders still managed to win more than 40 percent of the Democratic primary vote in the end and would spend the next three years pushing some of his leftist policies into the Democratic mainstream.

Despite this, and despite widely expecting that he would run for president again, pundits and analysts spent the last year convinced that Sanders’ appeal had come and gone.

And once again, they are surprised.

Sanders’ announcement last week sent political shock waves when it was reported that the senator had raised an astounding $5.9 million from online fundraisers in the very first day of campaigning. Not only was it a record, it dwarfed Sen. Kamala Harris’ first-day amount of $1.5 million, the candidate many already suspect to be the eventual nominee.

Related: Column | Who picks the president, the public or the media?

It’s just another sign that even after three years, Sanders still has passionate supporters and voters. And the surprise from Washington is another sign that despite his performance in 2016, bookended by Trump’s victorious war against the establishment, Sanders’ candidacy is once again being vastly underestimated.

Perhaps the most obvious mystery of the presumed Bernie burnout mentality is that he is without question the most high-profile figure to join the 2020 race. Harris, Cory Booker, Kirsten Gillibrand, Amy Klobuchar, and to a lesser extent, Elizabeth Warren, still have a lot of work to do to get their names and messages out there, a task even harder now that Sanders is in the picture.

On top of being well known, Sanders continues to be well liked. An October Gallup poll found that Sanders is viewed favorably by a slim majority of Americans — 53 percent — and nearly four in five Democrats have a positive view of him. A survey by the Saint Anselm College Survey Center released two weeks ago shows that Sanders, at 65 percent, has the highest favorability rating among the declared candidates in New Hampshire — the nation’s first primary that Sanders won handily in 2016 — second only to Joe Biden.

High profile doesn’t mean everything, especially in today’s political climate. And it’s that climate that the establishment still cannot correctly read when assessing what kind of a threat Sanders could be to them.

It’s unbelievable that some have written off Sanders as a viable candidate because he may not be viewed so much as an outsider anymore. After all, they’ll say, the political revolutionary ideas of Medicare-for-all, college tuition assistance and a higher minimum wage that he made central to his last campaign are no longer revolutionary and are embraced by nearly all of Sanders’ current Democratic opponents, therefore fracturing his voter coalition. So how can he possibly stay relevant now?

That argument is incredibly flawed, at best. Despite their best efforts to paint themselves as progressives, candidates like Harris and Gillibrand are already being scrutinized for past establishment, and even conservative, stances on some issues.

Sanders meanwhile is the patriarch of the modern progressive movement and unless someone younger and more charismatic comes along — which is a possibility — Sanders is likely to retain that title with a good chunk of his base. The argument Sanders supporters like to make that he would have beaten Trump if he had been the nominee could also be advantageous in preventing loyalists from straying to another candidate.

The viewpoint that he is no longer an outsider is probably contributed to the theory that because of the Trump presidency, Democratic voters will want a steady establishment candidate. There’s good reason to believe that, and that will honestly probably be true, but that doesn’t mean Sanders is completely out of the running at the moment. Betting that the populist fervor that swept the election in 2016 is now suddenly over because Medicare-for-all is being discussed is a ludicrous assumption. The struggles of everyday Americans continue and frustration with the governmental system is as fierce as it ever was. That is, after all, the same reason Trump remains popular with the Republican base.

Whether Sanders can win a general election against Trump is an entirely different question. That’s a much more difficult hill to climb and one where the current arguments against Sanders fit better.

But he is far from being a spent force in a Democratic primary race. Aside from an entry by Joe Biden, Sanders is right now the one to beat. And while early leaders can and often do fall far and fast in primary races, there have been little signs showing that Sanders should be placed so low in his chances to be the nominee as so many analysts have done so far.

He was a force to be reckoned with once before. It’d be a mistake for anyone to think he wouldn’t be again.

Blog | UFO Data: What it has and doesn’t have on what’s out there
Column | So-called political crises can lead to abuses of power
To Top