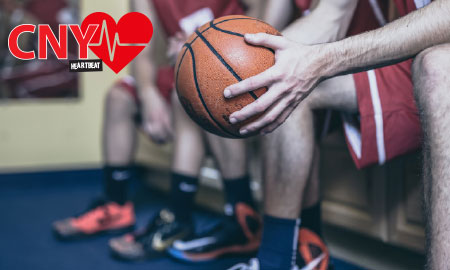 Last month, The New York Times outlined a report by Yahoo News that a federal investigation had been opened against several college basketball programs accused of arranging financial and other benefits for top players and prospects, re-igniting the discussion surrounding compensation in the NCAA.

Marc Edelman, a contributor at Forbes Magazine, argued this week that the tournament brings in close to $1 billion in revenue, with most of it going toward coaches’ and NCAA executives’ salaries The head coach at Duke University makes about $8.9 million a year, and the president of the NCAA makes about $2 million, he stated. Our own Jim Boeheim made nearly $2.2 million in fiscal year 2015, the Daily Orange reported.

Others against the idea believe it could erode the value of a scholarship and create more headaches for players once tax time comes around, as they would have to claim this salary money and pay taxes on it. It could also undermine an athlete’s connection to their college if they only picked it for the salary – not the academic programs, campus climate, etc.

What do you think? Should college athletes get paid to play? Vote now and share your thoughts.

Here are the results of last week’s poll, which asked: Should sports gambling be legalized?