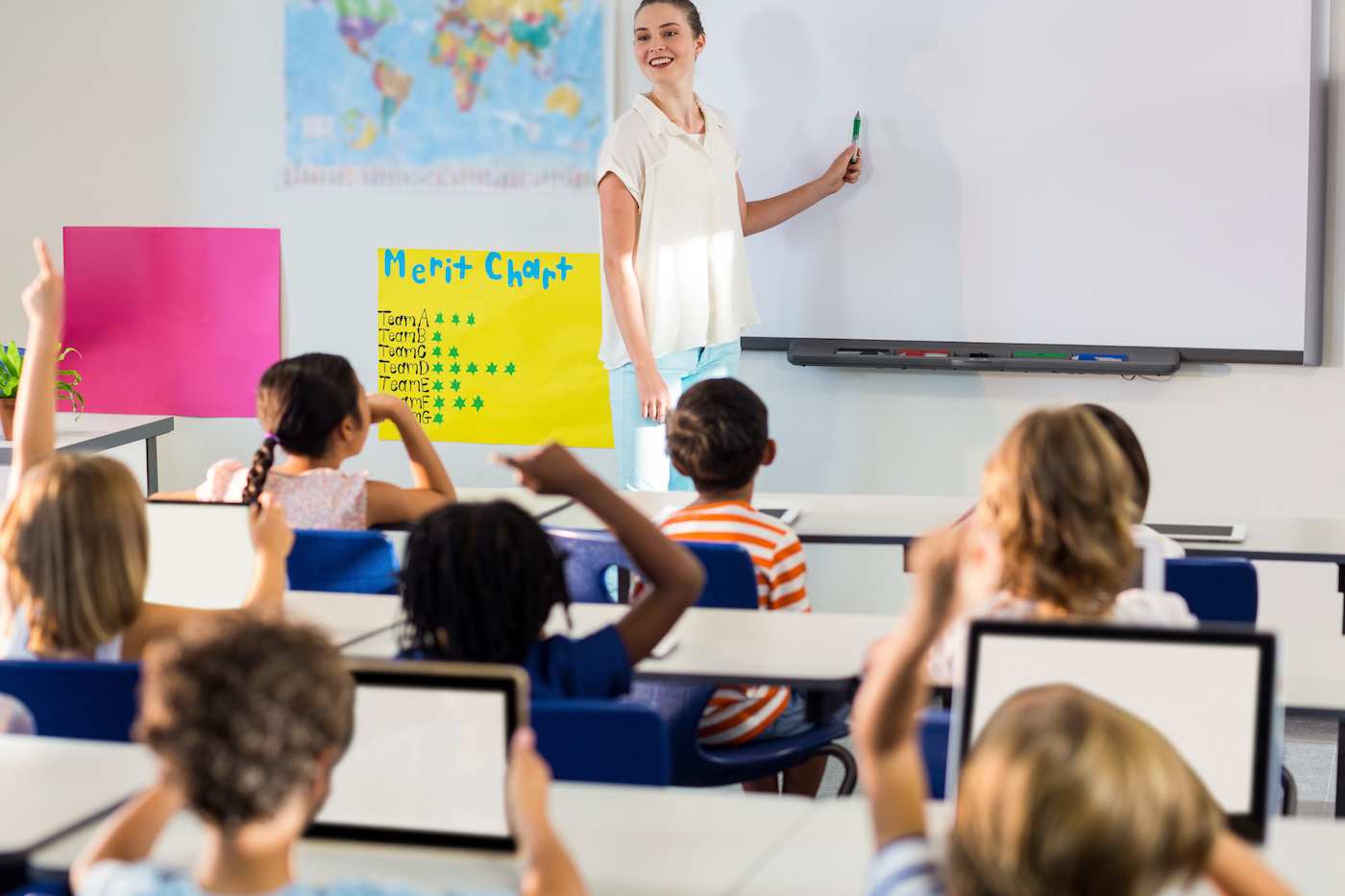 Setting goals for technological advancement in the classroom must continue.

Here’s a clip from an August 1998 CNN article with the headline “Does technology make the grade?”

“For most baby boomers, a state-of-the-art classroom meant an overhead projector, a public-address system and a television set wheeled in occasionally for an educational program. Now take a look at schools in Red Hook, N.Y., where every teacher has a laptop computer and every classroom has access to the World Wide Web.”

A month after that article appeared, I first stepped into a classroom as a kindergartner. Saving Private Ryan was playing in theaters, the Labor Day storm had delayed my first day of school and internet access was considered state-of-the-art.

As a new student, I was introduced to the technology that was being used to do the cool things mentioned in that article — breakthroughs like Windows 95 and Netscape.

It is incredible to recognize the true innovation of computer technology in our nation’s classrooms in the last 19 years. I started school using floppy discs for class assignments and finished school using flash drives, and then Google Docs. I went from using cassette tape players and film cameras to CDs, mp3 files, digital cameras and cellphones for special school projects. By my junior year of high school, those overhead projectors used in schools since the late 1950s and early 1960s had all but been replaced by Smart Board devices.

As many children across the country return to school this week, I found myself thinking about how crucial my mastering of new technologies during such a 19-year transformation was to shaping my career. After all, my job title is currently “digital producer.” My daily duties involve websites, social media like Facebook and Twitter and user-generated content: all things that didn’t even exist in 1998 or are vastly different now than they were back then.

That’s why we must do our best to ensure that our nation’s schools are keeping updated with the latest technological innovations. We need to keep finding new and better ways to teach our youth and properly prepare them for a computerized workforce and globalized economy.

President Bill Clinton’s Technology Literacy Challenge called for every classroom in the nation to be equipped with modern multimedia computers and internet connections by 2001. We must continue to set similar goals to invest in new technologies as they become available and ensure our schools have the necessary infrastructure and environments for those technologies.

Gov. Andrew Cuomo’s well-supported $2 billion Smart Schools Bond Act is a large part of that investment. In July, the governor announced approval of 154 more projects, called “Smart Schools Investment Plans,” that are aimed at reimagining teaching and learning at some of the state’s schools where they are needed.

Projects include $43.3 million for school connectivity projects, $40.6 million for classroom technology purchases, $15.6 million for high-tech security projects and $3.7 million to construct pre-kindergarten classrooms and to replace transportable classrooms. Several Central New York schools were selected this year to receive funds for those projects, including Auburn, Canandaigua, Cortland and Fulton. Let’s hope other states are setting similar initiatives for their schools so no one gets left behind.

It’s not just about knowing the technology for tomorrow’s jobs, either. Technology can help make students more engaged and interested. And in a time when standardized tests seem to carry so much weight, we could sure use more of that. Making use of up-and-coming innovations, from virtual reality to 3D printing, can completely change the way students look at school and, as a result, their future endeavors.

That’s nothing to sneeze at, because it’s one giant cycle. If certain technologies in classrooms can inspire a student, that student may go on to invent their own kind of daily-use technology that will someday be a part of classrooms for another generation of young people to enjoy and learn from. After all, the world will surely be different 19 years from now.

We have an incredible opportunity to use technology to teach our schools’ students in a way unlike ever before in history. We would be foolish not to take advantage of it.